Sydney FC are confident of snaring controversial winger Leroy George, in a move that would add extra spice to the Big Blue after his “p*ssy season” jibe at former club Melbourne Victory. 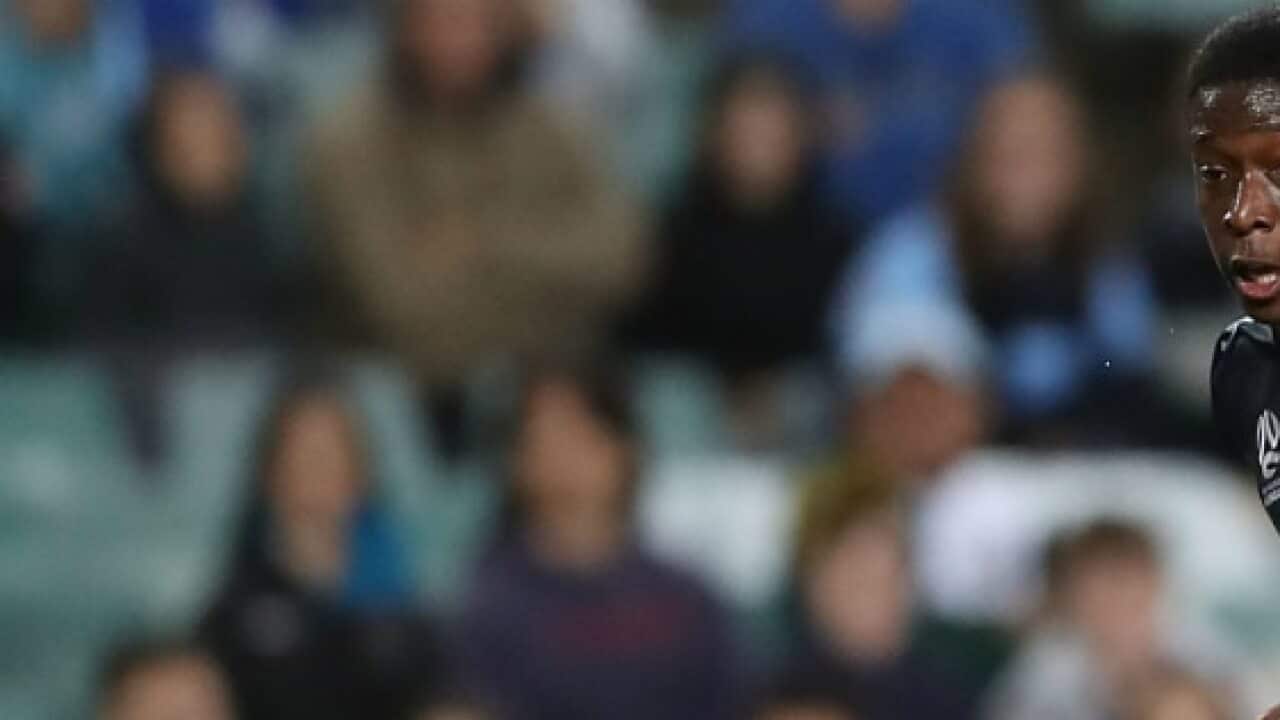 And should George be wearing a Sydney shirt when the bitter rivals collide in Round 5 of the new season on November 25 in the Harbour City, traveling Victory fans are sure to give him a hot reception.

Also being heavily courted by Western Sydney Wanderers and Melbourne City, George put up rocket up his old club when he told Dutch website Vice Sports of his disbelief at a finals format which allowed Victory to win the championship, despite finishing 23 points behind Premier’s Plate winning Sydney.

Advertisement
“With respect to the A-League, the level is not very high,” he said.

“In the regular season we ended up as number four with more than twenty points less than the number one.

“You can run a ‘p*ssy’ season in Australia and then still celebrate a championship.”

To further stoke the ire of ex-boss Kevin Muscat and the Victory establishment, George depicted his year in Melbourne as resembling life in a holiday resort, with football providing but a brief interlude between social engagements with hard-partying teammates.

He still managed nine goals and 14 assists to win plenty of admirers, and losing him to Sydney would be particularly galling for Victory and their fans.

In another bone of contention, George claims Victory offered him the same money to remain at AAMI Park, whilst the club insisted in a statement he had rejected “a substantially improved offer”.

It’s understood that Sydney tabled a formal offer two weeks back, and believe they have been able to out-bid the competition, whilst keeping George within the salary cap.

He is viewed as a ready-made replacement for departed Polish international and Johnny Warren medalist Adrian Mierzejewski.

And with Netherlands-based Sydney board member Han Berger a part of the club’s recruitment team, George may have extra incentive to opt for the Sky Blues.

Whilst Townsend would not be drawn directly on George, he said the club were reserving marquee status for a striker to replace their other high profile departure, 27-goal Brazilian Bobo.

“We have some major roles to fill,” he said. “It’s well documented that we tried to sign Fernando Torres but it wasn’t to be.”

The club have been linked with the likes of Peter Crouch, Jozy Altidore and Victor Anichebe, none of whom have been discussed, according to Townsend.

“I know who we’re talking to, and those names aren’t on the list,” he added.

“We looking at all options. Anything we can do to stimulate the league is critical.”