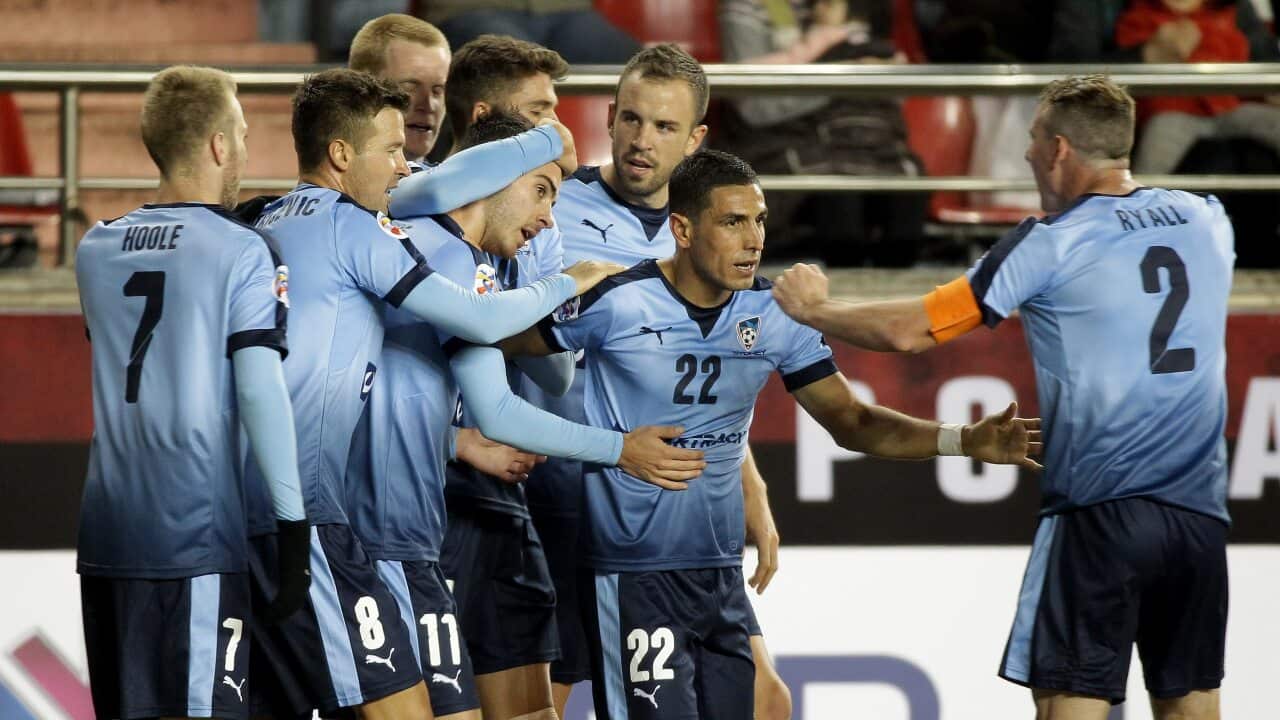 Sydney, who haven't won their last eight A-League matches, dating back to their 2-1 win over Western Sydney Wanderers on 16 January, produced a strong first-half performance and were ultimately rewarded through Chris Naumoff in the 42nd minute.

For the Sky Blues, who hadn't won outside New South Wales all A-League season, the victory over the 2009 Champions League winners continues their strong ACL form after a last up home win over reigning champions, Guangzhou Evergrande.

Advertisement
“It’s a massive win. You have to get three points at home and if we get our points at home now we’re through to the round of 16 so it’s a fantastic achievement for Sydney FC," Arnold said.

"I know that in the Wellington game we let ourselves and the fans down and hopefully this will repay them.”

In the first-half, Blackwood went close on two occasions as he headed Naumoff's devilish corner over the bar in the 13th minute, before having the ball whipped off his feet by an onrushing Shin Hwa-yong, as he bare down on goal.

Then Sydney's Ali Abbas was needed at the back to clear a loose ball from danger as Kang Sangwoo was set to score.

Eventually though, it was Naumoff's strike which made the difference, and it was the first time the South Korean outfit had conceded in their six Champions League matches.

Just eight minutes after half-time, Graham Arnold's men almost doubled their lead through Naumoff, but his shot was desperately cleared off the line by Pohang defender Gwang-Seok Kim, before Sydney's Andrew Hoole blazed over the bar.

While the K League side, who finished last season's domestic league in third place, pushed hard for an equaliser at stages during the second-half, Sydney were resolute in defence and held on for a valuable three points on the road.