Sydney FC moved a step closer to a W-League Premiership after their 2-1 win against Melbourne Victory escalated them to the top of the competition ladder. 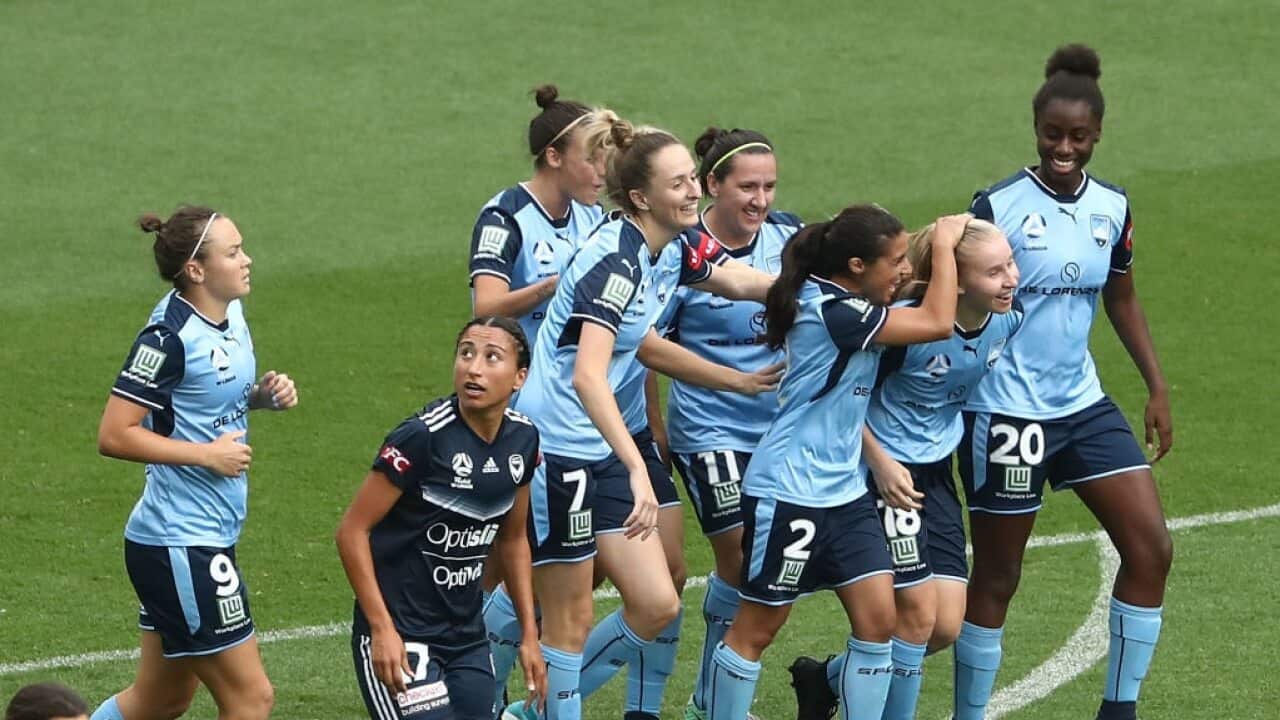 The Sky Blues clung on for all three points against Victory after taking a two goal lead in the first half thanks to strikes to Matilda's midfielder Chloe Logarzo and 16-year-old Taylor Ray on debut.

Victory managed to strike back in  the second half when Lia Privitelli headed into the back of the net but the home side were unable to find an equaliser.

The result has put the pressure on Brisbane Roar who drop to second, one point behind Sydney FC but with a game in hand.

Sydney will hope they can wrap up the title next weekend against fierce rivals Western Sydney Wanderers.