Sydney FC star Ninkovic - will he stay or will he go?

Sydney FC are confident of tying down star midfielder Milos Ninkovic for at least another season, despite the Serbian’s agent hinting he might be open to a marquee move elsewhere. 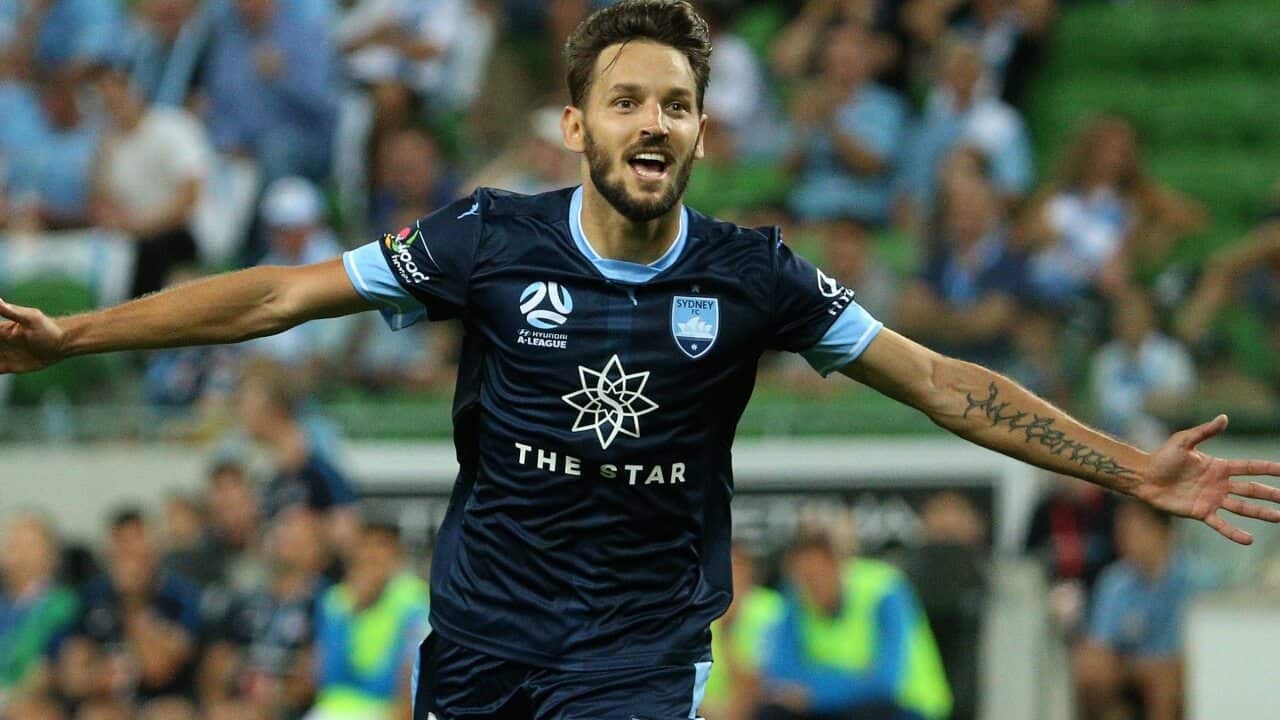 Reigning Johnny Warren medalist Ninkovic, 33, is in the midst of contract extension talks with the A-League leaders and defending champions, with CEO Danny Townsend saying: "It's all looking very positive."

While acknowledging that discussions are cordial and in good faith, Zoran Jevtic - who represents Ninkovic - has left the door ajar, at this point, for a possible Moore Park exit.

Jevtic, who will fly to Australia from his base in Europe soon to conclude matters, said: "In my view, which is an opinion shared by Milos, he will have a marquee status at a club next season, whether that is with Sydney or perhaps elsewhere.

Advertisement
"That's my honest opinion, based on his stature in the game and what he's achieved in the A-League over two seasons.

"He is a very professional and is confident he can continue to perform at a high level in the A-League for the next couple of years. He's also very happy at Sydney FC.

"Nothing has been decided yet ... there are talks between ourselves and the club and maybe the situation will become clearer by the end of this month.

"The club have always been respectful and honest in their negotiations and they way they have behaved with Milos in his time there, and we want to show them the same respect."

There have been suggestions that Ninkovic - understood to be on a marquee salary of $900,000 per season - has been offered a down-sized deal to sign for a third year.

However, both Townsend and Jevtic denied that was the case.

"Talks have been very positive and we're committed to getting a deal done, though there's no real timeline on it.

"He's super happy in Sydney, as are his family, and we're super happy with him. The relationship is great and we're confident he's not going anywhere.

"Ninko is relaxed and we're relaxed ... our main priority is focusing on the last six weeks of the season.

"I don't think we'll be making any player announcements between now and the end of the season. There is no real need.

"We feel everybody is pretty relaxed and committed to being here next season and the guys don't want to focus on contract negotiations when we are running into an important string of games.

"(Socceroos bound coach) Graham Arnold doesn't want any distractions - he just wants them to get their heads down and win some more trophies."

Ninkovic is in the process of becoming a naturalised citizen, a process which could be completed by the start of next season.

Should he remain at Sydney that would free up an extra visa spot.