Concentrate on the AFC Champions League round-of-16 tie now, worry about a contract later. That is Sydney FC striker Matt Simon prioritising ahead of the game against Shandong Luneng on Wednesday night. 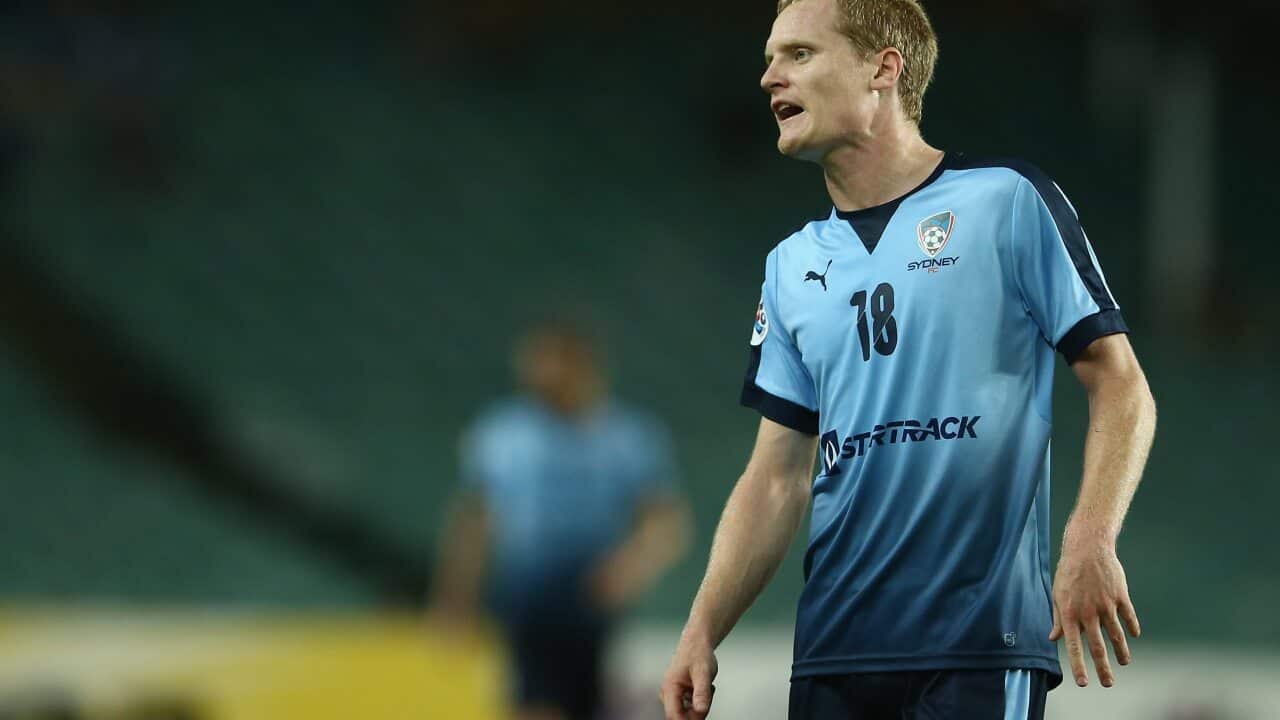 Simon, 30, has been around for a long time now, having had two stints with Central Coast Mariners and a short spell in South Korea, as well as playing two games for Australia, ahead of joining the Sky Blues this season.

Advertisement
He would love to stay with Sydney, but is not agitated about coming off contract at the end of the month.

Simon knows his best bet for a new deal is to produce on the field, particularly in a big, two-legged Champions League tie, so he is not clouding his mind with thoughts beyond this game and is determined to do what Sky Blues coach Graham Arnold asks of him against Shandong.

The first leg will be played at Jinan Olympic Sports Centre, with the return leg at Allianz Stadium next Wednesday.

"I'm not contracted past this season," Simon told The World Game. "I obviously want to play next season, but I'm just concentrating on these next two games. They're massive.

"Wednesday night's game is obviously the biggest game for the club in Asia, since it's the first time Sydney has made it out of the group stage in the ACL, and then we go back to Sydney to try to finish on top.

"So I'm just concentrating on these next two games and we'll see what happens after that."

Simon said that, ideally, he would love to re-sign with Sydney.

"I'm enjoying my time at the club," he said. "It's a great club and I'm really happy here, so we'll see what happens after these next two games. I'm happy to get through this tie and hopefully we can work something out after that."

It remains to be seen whether Simon fits into Sydney's plans for next season, but the big fellow has been a favourite of Sydney coach Graham Arnold, who also coached him at the Mariners.

'Arnie' knows he will always get great commitment and body-on-the-line football from Simon. The coach has asked the striker to play a very physical, bullocking role up front at times and Simon has delivered.

This could well be another occasion where, with Sydney playing away from home in the first leg, if Simon starts he will be asked to do a lot of work, not only in attack but also as the first line of defence.

Simon says Sydney are ready to roll, having had two weeks to prepare for the game since the group stage ended and not having to back up quickly after an A-League game as was the case then.

"We arrived here on the weekend, in plenty of time for the game," he said. "We had a good preparation in Sydney and we've settled in well here and had a bit more preparation.

"There can be positives and negatives in a situation where you don't play for two weeks, but I think coming off the end of the A-League season it has been good for a few players to have that extra time to get over some niggles.

"There's a buzz around the group at training and we're really looking forward to Wednesday night."

Shandong are struggling in the Chinese Super League and had a 0-0 away draw with bottom team Changchun Yatai on the weekend, but Simon said Sydney can only afford to take notice of Shandong's form in the ACL.

"Arnie will do a presentation on how they play and how we're going to set up to play," Simon said. "We know they're a dangerous team. They're not in the round-of-16 for no reason, so we'll have to do our homework on them and get it right out on the field.

"They're struggling in the Chinese league, but that doesn't mean anything when it comes to the round-of-16 in the Asian Champions League.

"They're at home first in a two-legged tie, so they're going to want to put in a really good performance for their fans to try to get that advantage before they come to Sydney.

"We have to follow the game plan the coaching staff gives us and hopefully that puts us in a great position for the second leg.

"He's very good, Arnie, when it comes to game plans and I'm sure he and the coaching staff have been working really hard on the preparation for this game and seeing how Shandong play and working out their weaknesses and strengths.

"I'm sure every individual player will get the right information about what his job is and if we do our job we should give ourselves every chance of getting a good result."