Sydney FC the saving grace of a troubled A-League

The A-League's 18th Sydney derby left fans in no doubt that Graham Arnold's all-conquering Sydney FC are a team to cherish in a tough time for our game. 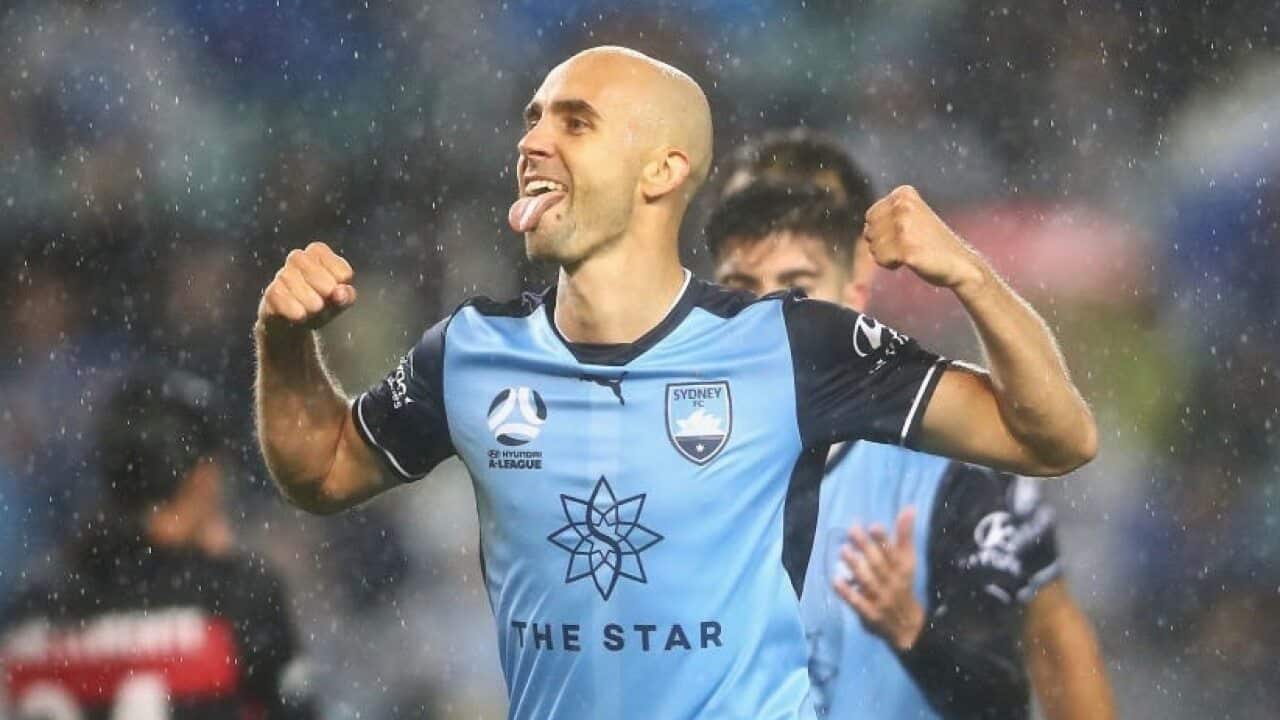 Football in Australia is at the crossroads, beset with serious problems all over the place, but you would not know it by watching the slick Sky Blues.

The champions gave another demonstration of their undisputed might and class when they came back from a goal down to beat Western Sydney Wanderers 3-1 and edge closer to the premiership.

With six rounds to go Arnold's merciless marauders hold an 11-point lead over second-placed Newcastle Jets, whom they meet in a crucial clash at McDonald Jones Stadium on Saturday.

Advertisement
The Sky Blues flaunted their all-round power and expertise on Sunday and surely it is now only a matter of time before they will be anointed as the finest team to grace the A-League since its inception in 2005.

Ange Postecoglou's Brisbane Roar won two straight championships in 2011 and 2012 with a brand of passing football based on playing out from the back and relentless attack that had never been seen in Australia.

Brisbane accrued 114 points from 57 premiership matches over the two seasons while Sydney have already amassed 118 points from only 48 matches since the start of 2016-2017.

Midfielder-cum-striker Thomas Broich was the mastermind of Brisbane's success, ably assisted by goalscoring ace Besart Berisha in the second season.

Arnold's Sky Blues are just as efficient as Brisbane but they are probably more experienced and clinical as a team and more lethal in attack, where Brazilian Bobo leads the line ahead of a trio of attacking midfielders comprising internationals Milos Ninkovic of Serbia, Poland's Adrian Mierzejewski and Australia's Alex Brosque.

The guile and level of understanding of the four attackers are mesmerising and the reason Arnold stuck with them when he picked his three foreigners to take part in the AFC Champions League at the expense of Dutch defender Jordy Buijs.

The way they find each other in tight spaces and cut through defences is a joy to watch.

The Wanderers fought hard but could not cope with the swift and sublime combinations from Sydney's attacking foreign legion (Brosque came on as a second-half substitute).

Most of the attempted wall passes came off brilliantly and it was from one of these that Mierzejewski scored the first of his two goals on the night on the stroke of half time.

Ninkovic was almost through after letting a pass from Josh Brilliante roll through to Matt Simon and running into space to collect the return but he was upended by Michael Thwaite four metres outside the penalty area and from the resultant free kick the Polish prince thundered the ball in via the crossbar.

Ninkovic also made a goal for Bobo midway into the second half with an extraordinary reverse pass and the striker nonchalantly curled the ball home for his 21st goal of the season.

It was yet another accomplished performance from the champions but unfortunately the relatively small attendance for the match was a clear sign of the game's turbulent times.

The game was played under constant rain so the 25,211 crowd was not bad but it was the lowest ever for a derby at Allianz Stadium.

A-League attendances and television viewers are in a steady decline and it is unfortunate that the Sydney derby, which is seen as the highlight of the season, is not immune from the general malaise that has hit the game for a plethora of well documented reasons.

An aggregate of 96,453 fans watched Sydney's three derbies this season.

This looks rather impressive but it is 4000 less than the aggregate crowd of two seasons ago when two matches were also played at Allianz and one at ANZ Stadium.

Last season, when the venues were inversed, the aggregate crowd was a whopping 146,866.

These figures would suggest that the Sydney derby might be losing some of its aura and appeal, which is a shame really.

The usual hype surrounding the derby was virtually non-existent last week and the atmosphere at the game itself was not as electric as it usually is.

One would hope that the inclement weather or the Wanderers' inconsistent season might have something to do with the disappointing aggregate figures for the season.

This however does not explain why Sydney FC's overall crowds are down by an estimated six per cent.

Sydney fans are notoriously fickle and hard to please yet if they felt rather 'justified' in snubbing a team that provided scant entertainment and success only a few years ago, they can have no excuses this season.

Sydney FC have lifted their game considerably and, quite frankly, they deserve better support.