Sydney FC will have to create their own noise

Sydney FC goalkeeper Vedran Janjetovic said he would miss the wall of sound created by The Cove fans behind him at the northern end of Allianz Stadium but that he understood their frustration and supported their right to make a stand by boycotting Friday night's game against Newcastle Jets. 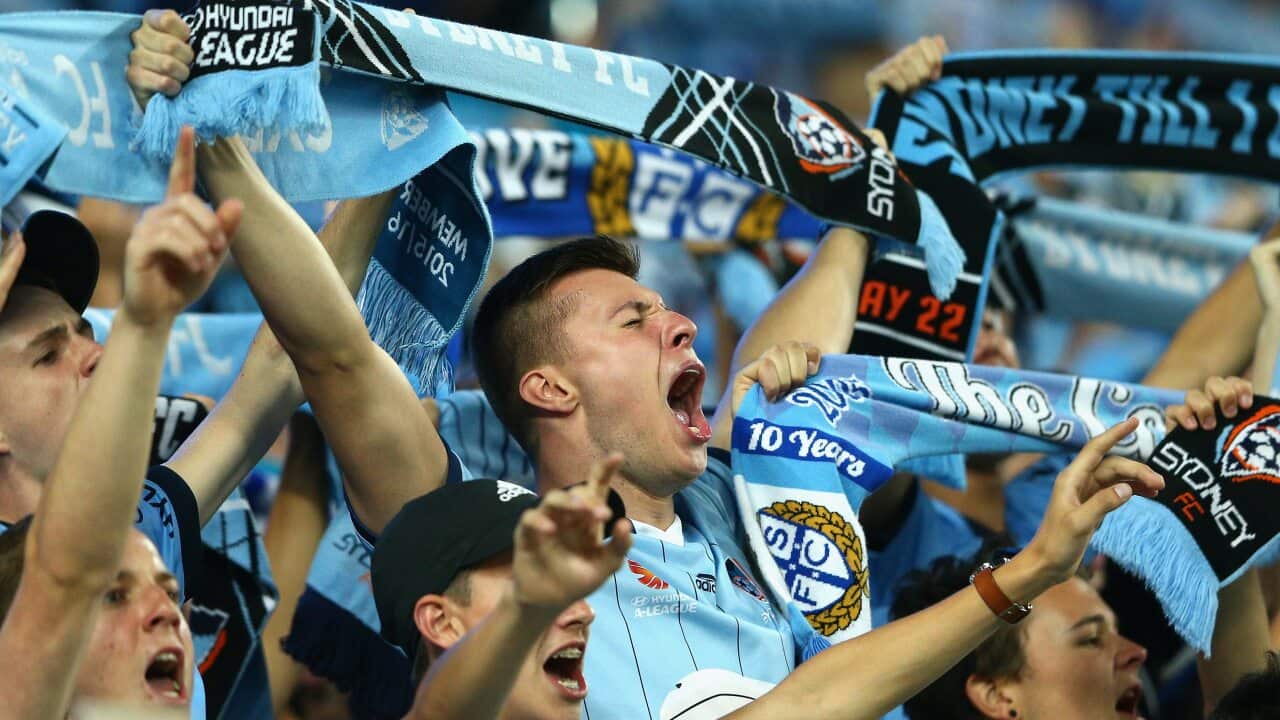 Supporters from The Cove resolved to not attend the game as the backlash against Football Federation Australia and their failure to offer banned fans a realistic appeals process widened.

Advertisement
The boycott remains in place despite FFA trying to calm concerns with a second media conference for this week, on Thursday. Disillusioned fans remain unconvinced there will be significant change until it actually happens.

"You feel for the fans. We've got the most passionate fans in the league and they're there every weekend supporting us, win, lose or draw, so it's only fair there is an outcome that is suitable for them," Janjetovic told The World Game.

"You want them to be there very week and you want them to support you and be there every step of the way. We can't do it without our fans. There needs to be a resolution to all of this ASAP so we can continue performing for them and they can have something to support."

Spokesman for The Cove, Grant Muir, said FFA Chairman Steven Lowy and CEO Gallop had sent an improved message but that would not change the group's decision to boycott Friday night's home match against the Jets.

"On this subject, the FFA's lost an awful lot of credibility and, until we see concrete action and can assess whether there really is a genuine will to address the issues we see, then they're just words," Muir told AAP.

Janjetovic said it was going to be weird to hear nothing coming from behind him as opposed to constant singing, chanting and cheering that gave him a huge lift as the Sydney player closest to it at that end of the field in games.

"It's brilliant when you hear that," he said. "It's going to be deafening silence behind me instead, I guess, which will be weird.

"Certainly the opposite to what we're used to and what we expect every week. The faster we can get all of this sorted out the better.

"The atmosphere we normally get at out games can make it a lot more difficult for the opposition, because the fans obviously get behind you, they pump you up.

"And if you score a goal or two and everyone's cheering, everyone's making noise, it lifts everyone in the team by an extra couple of per cent and that adds up to a big percentage in the end. The fans are a big part of our football at Sydney FC and the league itself.

"We've got a lot of new players who are new to this league as well who are going through all of this. I think everyone is watching what's happening with our league all over the world as well, so for the good of the game the problem needs to be solved."

READ MORE
Explained: Why fans are boycotting the A-League this weekend

Sydney's form over the first eight rounds reads like the classic game of two halves.

Melbourne Victory beat Sydney 4-2, while those three draws in the second stretch of games were all goalless.

Sydney's defence have held pretty firmly overall, but they are not executing well in attack.

Still, there are 19 rounds to go and Janjetovic said no-one was getting flustered within the camp.

"I think it's just a matter of time for us," he said. "We really kicked on towards the back end of last season. I think everyone could see what we were doing was right and then it all clicked for us and we got the results we wanted.

"We're confident that what we're doing is right. We've just got to proceed as we are, the boys know that. We go through our patterns when we play little games at training and we look good and it's all clicking very well for us there. We've just got to take that on to the field.

"Sometimes it's just about sticking at it and waiting for that little bit of luck to come your way as well.  It's not like we're not creating chances, we are, and that's a big positive for us.

"We're going so close to scoring, but the ball just hasn't gone in and that's our luck at the moment. But we know if we keep doing what we're doing, that will change."