Sydney derby match-winner Shane Smeltz said he loved shoving Saturday night's goal down the throats of the doubters who thought his career was on the slide. 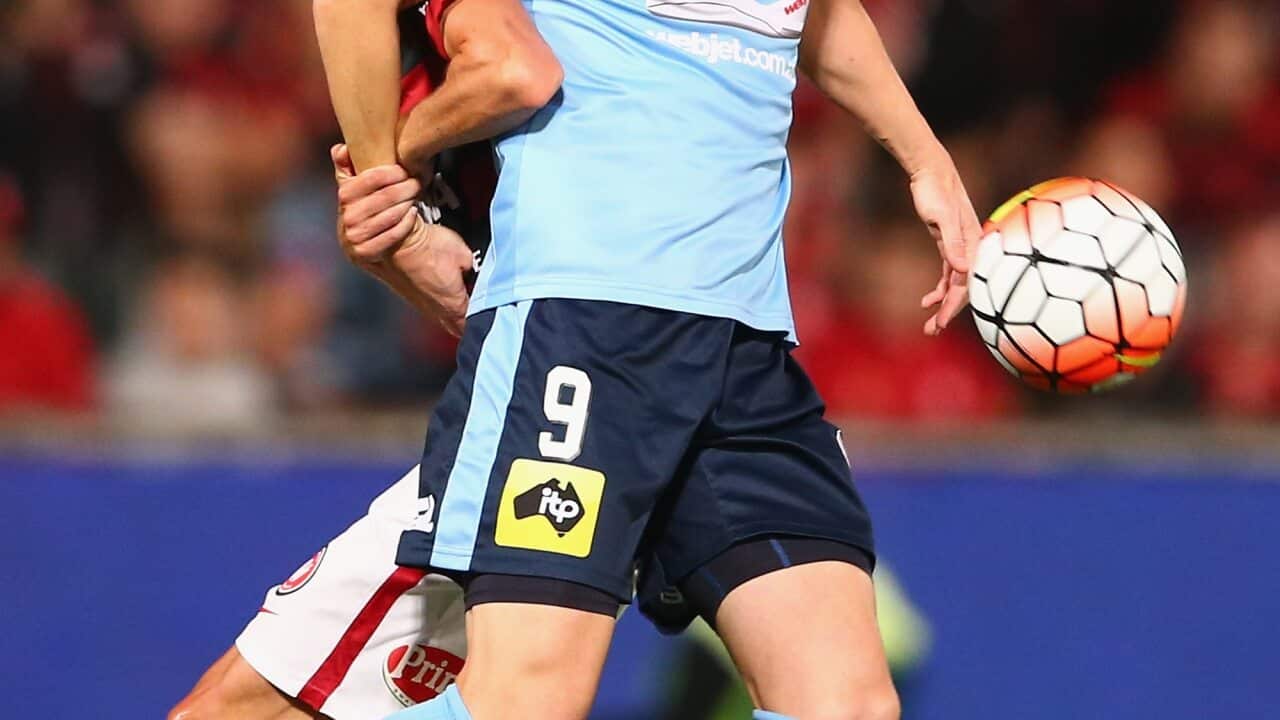 Smeltz did exactly what he is paid to do when the ball fell to him just to the left of the penalty spot in the 90th minute against Western Sydney Wanderers and he smashed it into the top right-hand corner of the net to give Sydney FC a 2-1 win.

Advertisement
Asked by The World Game if he felt like he had just sent a message to a few critics that he was still around, Smeltz replied: "Yeah, it's always good to shut the doubters up a little bit, you know, that's what this game's all about and I've been doing that most of my career.

"There are times throughout your career when people do doubt you, but I certainly don't feel any different now to how I did five or six years ago, so it's pleasing to shut a few people up."

Smeltz, 34, had only scored once in 11 previous appearances this season and had been coming off the bench recently.

In the previous round during Sydney FC's 2-0 win over Newcastle Jets, he sat on the bench and wasn't used at all.

But, just to reassure fans that any struggle to get on the field wouldn't affect his commitment, he tweeted pictures of himself training alone at Birchgrove Oval on the Sunday morning after that game.

"Look, I'm still hungry, you know. I'm 34 years old, but I'm still very, very hungry and it hurts when you're on the sideline and you're not needed," Smeltz said.

"I was on the bench the week before and I didn't come on, and it's only natural that you're disappointed.

"If I don't feel that way, then something's wrong. But what you've got to do is keep working hard.

"All I wanted to do was get a chance like that one against the Wanderers and it happened. I've been disappointed this season, not too many chances have come my way, but that one did and I managed to put it away."

When The World Game quipped to Smeltz that he's not dead yet, the New Zealand All Whites international laughed and replied: "No, definitely not, definitely not. I feel fantastic.

"I said in the dressing-room before the match that these derby games are the sort of big games that you always remember. 'Arnie' (coach Graham Arnold) said it, we all said it.

"And to win it like that, right at the end, was incredible. I thought we deserved it. Tactically, we were very good all night, we just stuck to the game plan and got our just desserts at the end."

Smeltz let everyone know exactly how good it felt with this post-match tweet:

Smeltz said that for a player of his experience, when the ball falls to him off the pack like it did on this occasion, his reaction is mechanical.

"Yeah, I don't have to think about those sort of things," he said.

"I was just hoping it sits up nicely for me, you know. As a striker you try and read the bounce and it fell exactly the way I wanted it to and when that happens I don't think about what's going to happen next, it comes naturally."

Smeltz hit the ball so hard that it caused the net to bulge violently.

"I think you've got to smash it in that situation," Smeltz said.

"You're in a good spot and it sits nicely for you, so you've got to give it a bit of violence and that's what I did."

Smeltz said he was looking forward to a busy time when Sydney's schedule soon becomes crowded through the addition of AFC Asian Champions League games on top of their A-League commitments.

"We've got a good squad here, we've got a lot of depth and everyone's going to be getting used, I'm sure, during this period coming up. It's going to be exciting," he said.