Taggart the top target as Keogh heads back to Glory

Beleaguered Perth Glory are in advanced discussions to bring 2014 golden boot Adam Taggart back to the A-League, while former Glory striker Andy Keogh will be unveiled by the club on Friday. 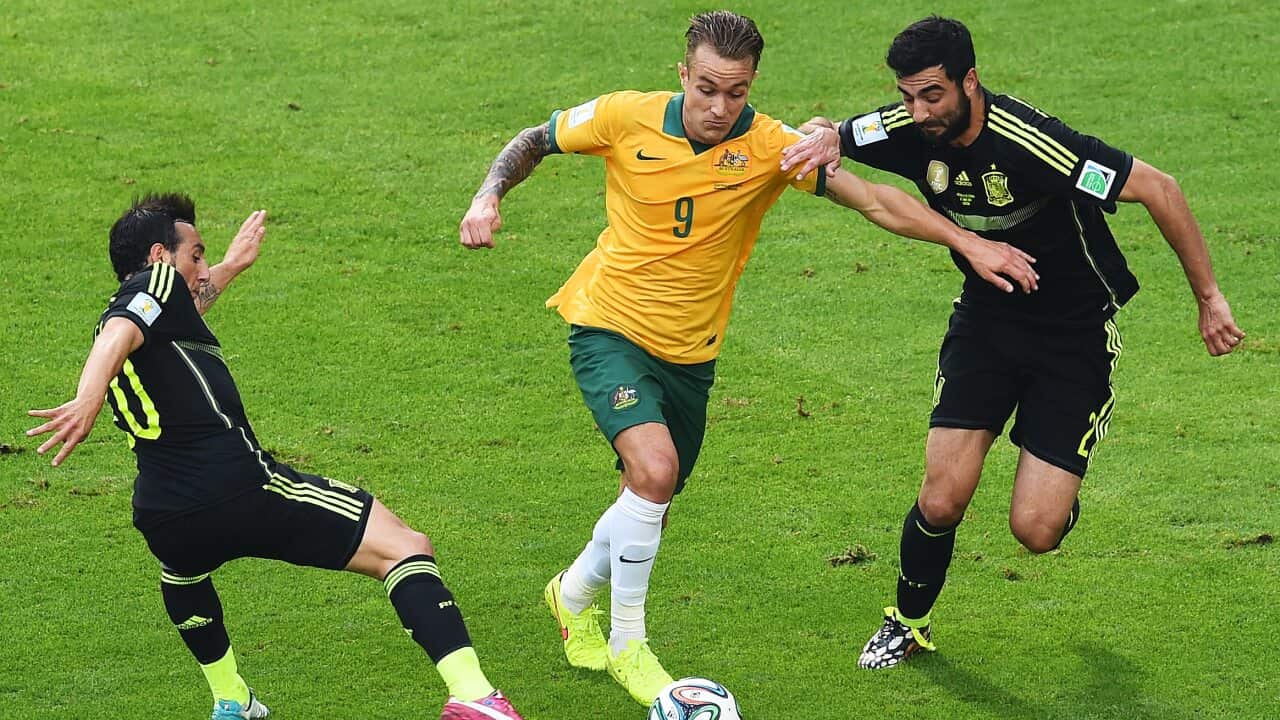 Keogh is set to return to the club he played for last season, when he scored 12 goals, after a short stint with Thai side Ratchaburi.

The Republic of Ireland international was released at the end of last season by Glory after being caught up in the club's salary cap scandal, but is now reportedly set to sign on for Kenny Lowe's side as a guest player.

Meanwhile, Glory chairman Tony Sage confirmed that they have been in discussions to return former Perth junior Taggart to nib Stadium for the last month.

Advertisement
Fulham confirmed they had been approached by a club but would not say who.

Taggart is from Perth and made his debut with the club in 2011 before moving on to the Jets in 2012.

It was at Newcastle where Taggart went through the best form of his career scoring 16 goals in 25 matches during the 2013-2014 season.

That form led to a move to English Championship side Fulham, but injury-plagued Taggart never made an appearance for the senior side in a competitive match.

On 1 September of this year Taggart was loaned out to Scottish Premier League side Dundee United where he has played over 543 minutes but failed to score. Dundee currently sit last in the league.

It is unknown at this stage if the move would be permanent or just a loan and when exactly the move would take place. Taggart's loan deal with Dundee was expected to expire on 1 January, 2016.