The team that wins any FIFA World Cup is invariably the one that improves in every game, gradually building to a crescendo of perfection that culminates with them emerging as champions. 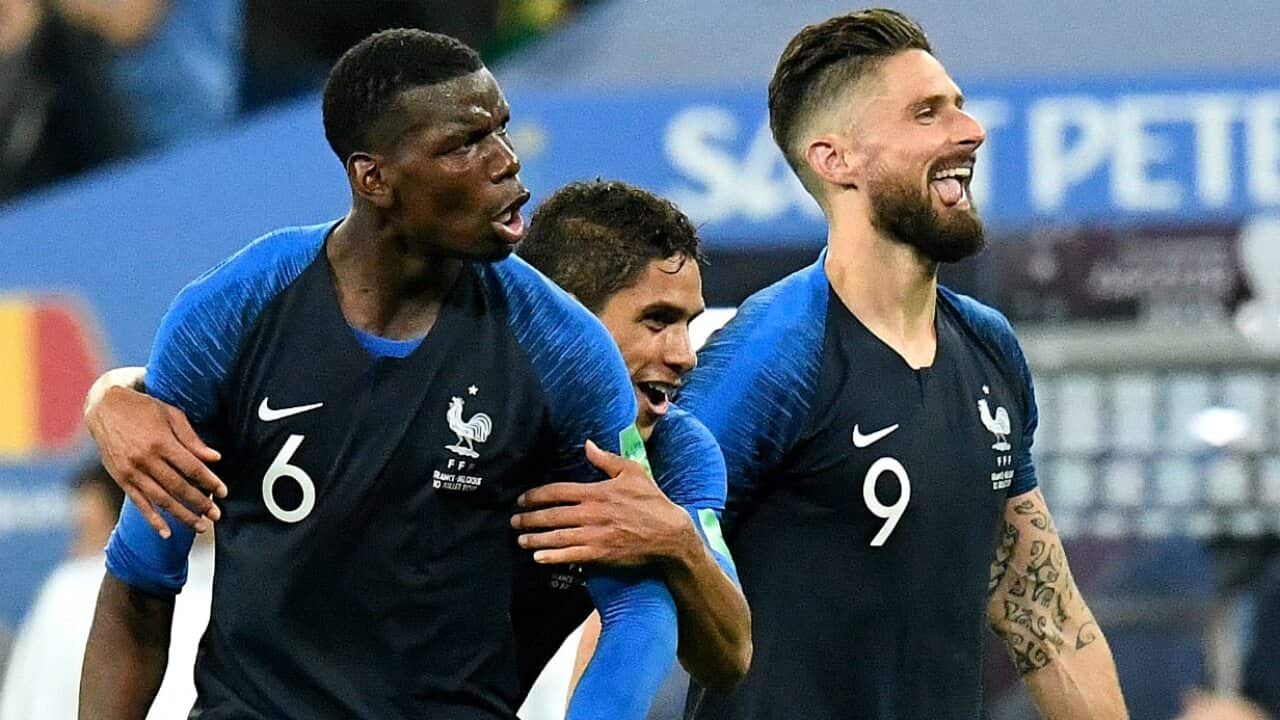 If the trend of all (bar one or two) World Cups stays the same, then it’s extremely difficult to see how France will not lift the FIFA World Cup trophy on July 15.

They began the tournament as one of four or five genuine contenders but had something that each of the others did not. They had more quality than Spain. More hunger than Germany. More options than Argentina. Better discipline than Brazil and more gears than Belgium.

Critically, they resolved the problems that could have held them back: too many egos, not enough balance, an imperfect defence. Besides, this was a team that limped to a 1-1 draw with a second-string USA side on the eve of the tournament.

Advertisement
Perhaps it is most instructive that France’s biggest scare came first-up against Australia, when the Socceroos levelled at 1-1 and briefly took control of the game. How both nations’ destiny might have been so different if Paul Pogba’s attempt wasn't beyond the reach of Maty Ryan.

But that was the story of France’s group stage. They stayed relatively low-key, letting headlines go elsewhere. In their dead rubber against Denmark, they eased to a 0-0 draw and, crucially, did not raise a sweat. Energy was kept in reserve for when they really needed it.

Although France were not in the “soft” side of the knockout draw, they ultimately faced a trio of hurdles that prepared them perfectly for the moment they are now in.

Many said that France-Argentina would pass for a final and it was exactly what coach Didier Deschamps needed to get Les Blues' tournament going. This was a challenge that was answered emphatically and unlocked Kylian Mbappe’s full genius.

By this stage Mbappe had learned to play with Antoine Griezmann; their dual talents on either side providing a kind of speed and movement that has overwhelmed everyone this past month.

The victory over Uruguay in Nizhny Novgorod was straight-forward, their opponents weakened too greatly by the absence of Edinson Cavani. But still, Uruguay’s defence was meant to be impenetrable and France got through twice.

Then came Belgium in the semi-final, who were riding a wave of emotion after beating Brazil, and a belief that their “Golden Generation” was primed to deliver. And in truth, Belgium did deliver, in almost every way, except where it mattered.

They stretched France as much as anyone has in Russia – as you’d expect – but couldn’t land a blow. A frenzied Eden Hazard tried to do it all himself and perhaps that was their undoing. Under fierce attack, France showed another dynamic to their game: good defence and great patience.

The embodiment of this was Paul Pogba, grinding away, refusing to yield. The ultimate ego, Pogba has submitted to the greater cause in Russia. He is combining with N’Golo Kante to create a human shield for the defence, with both then quickly moving the ball forward if required. This is no time to secure more Instagram followers.

Critically, there are no major weak spots in this French team. Benjamin Pavard, normally a centre-half for Stuttgart, has lifted his game to a whole new level as the nation’s right-back. At 22, and just one Bundesliga season behind him, he has a terrific future.

The other question mark was on Lucas Hernandez, but the Atletico Madrid left-back has been faultless. Like Pavard, at just 22, he should rise to even greater heights.

The obvious knock is on Olivier Giroud; the striker who doesn’t score goals. Of course, comparisons are being made to the infamous Stephane Guivarc'h, the hapless striker in France’s 1998 World Cup-winning team.

But here’s the catch on Giroud: he’s making opportunities for others by acting as a wrecking ball in attack. It’s not pretty and he’s not in form, but his style of play creates space for Mbappe, Griezmann and anyone else who wants to venture forward. He relentlessly occupies defenders both physically and mentally and Deschamps respects the need for a player of this style, rather than lathering more silk with Ousmane Dembele.

Ultimately, Giroud is valued because he's doing the team thing. And as we reach the end here in Russia, it is that collective quality, combined with swathes of individual brilliance, that has propelled France ahead of all others.

Now within touching distance of their second World Cup, they would be a most worthy champion.