Mark Noble shrugged off his lingering England frustrations to lead a West Ham XI to a 6-5 victory over the West Ham All Stars in his testimonial match. 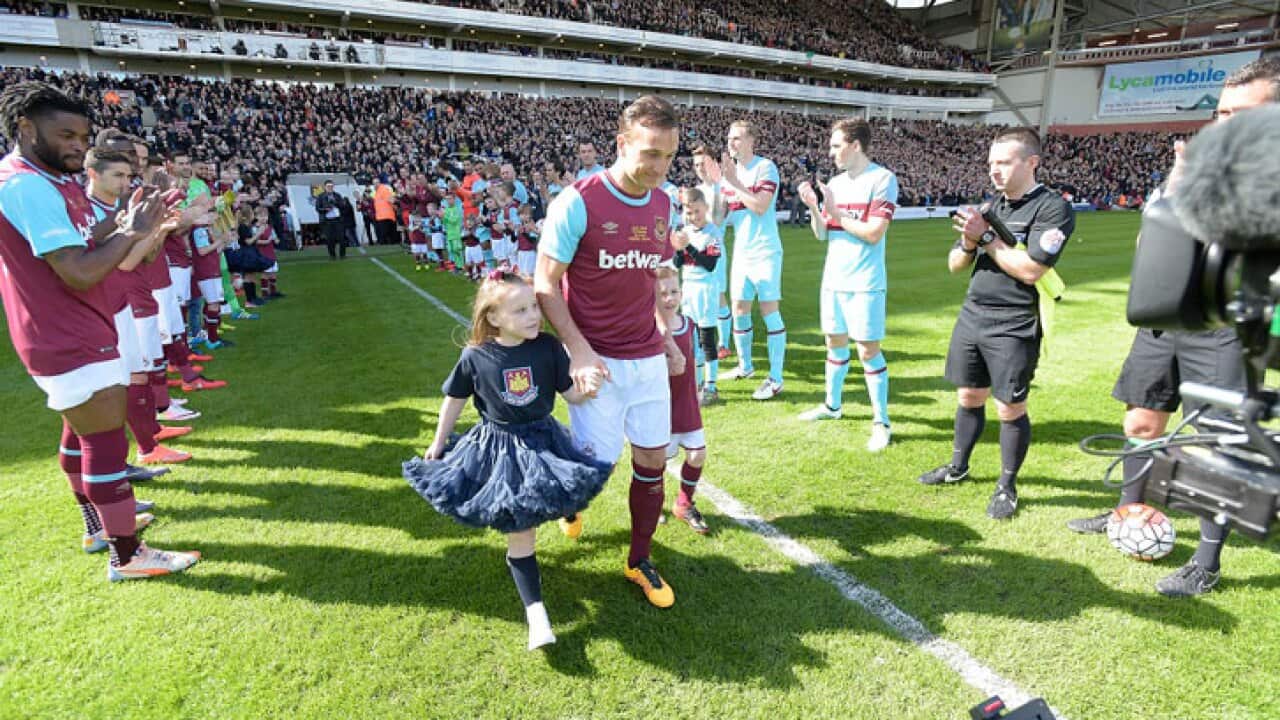 The 28-year-old joined Hammers stars past and present in a light-hearted encounter played out under a festival atmosphere at Upton Park.

England boss Roy Hodgson last week told Noble he must join the queue in the bid for international recognition, despite the midfielder proving integral to West Ham's rise to fifth in the Premier League.

Noble shook off all of that by opening the scoring for the West Ham XI on Monday afternoon though, with goalkeeper Adrian netting after receiving a few helping hands in cantering the length of the field.

Diafra Sakho toasted one of his two strikes by pulling out his mobile phone to take an on-pitch selfie with his team-mates.

The likes of Teddy Sheringham, Paolo Di Canio, David James and Trevor Sinclair all turned out for Noble's big day, marking a decade's service at the club.

Younger brother Taylor greeted his neat finish with a salute to the heavens, before both teams indulged the crowd for a penalty shoot-out that was halted at seven apiece.