Dylan van Baarle (INEOS Grenadiers) was the strongest on an odd day for the top contenders for the cobbled classics as he dangled off the front of the race and eventually won following a 52-kilometre solo effort. 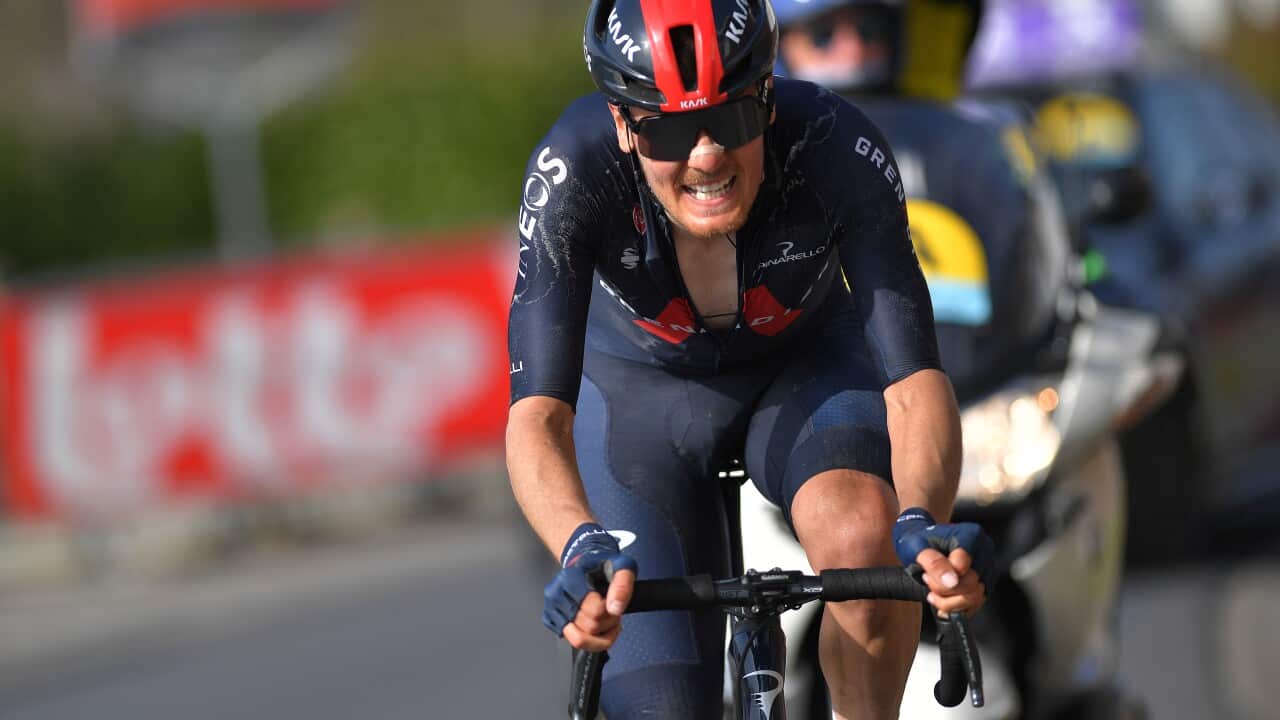 A chaotic edition of the traditional midweek lead-up to the Tour of Flanders posed big questions ahead of the cobbled monument as Mathieu van der Poel (Alpecin-Fenix) and Julian Alaphilippe - plus much of the world champion’s Deceuninck-QuickStep team – looked well off the pace.

Van Baarle's attack was consistently chased by a series of chasing groups that had jumped away from the peloton, but the solo INEOS Grenadiers rider was able to hold off the pack to claim victory by 26 seconds in Waregem.

Advertisement
"Last year was a difficult year with everything that happened," said van Baarle. "We’ve approached the Classics a little bit differently this year. We’re attacking them much more and it’s nice - it’s nice to race like this. I’m happy that I could finish this off.

"To win a semi-classic is super special. It’s high on my list, up there with the stage I won in the Dauphine."

After a fast run into the Taaienberg, the race had detonated on the climb, with van Baarle emerging as part of a select big group that formed over the climb. An attack then saw just seven riders clear at the front and then van Baarle's own assault on the Berg Ten Houte saw the Dutchman go free.

Van Baarle was able to establish his advantage as the groups behind were recaptured by the peloton and there was a bit of reorganising.

Van Baarle pressed on solo despite the chasers getting close at some stage and maintained a 30-second gap advantage over the eight pursuers.

Van Avermaet attacked on the Vossenhol, while Stuyven upped the pace on the Holstraat, but the tempo of the group would dip between the accelerations.

Van der Poel did the lion’s share of the work in trying to bring the main bunch back, evidently re-finding his legs after being well out of position during the major accelerations during the race, and almost ground to a halt when the chasing eight was brought back into the fold.

However, the chasing wasn't enough to recover van Baarle and he soloed in to take a brilliant win ahead of Laporte who cleaned up the bunch sprint for runner-up, with Tim Merlier (Alpecin-Fenix) in third.

The highest placed Australians on the day were Luke Durbridge in 13th with an attacking ride, while Heinrich Haussler (Bahrain-Victorious) was the only other Aussie in the chasing group and finished 18th.