Terry reveals Chelsea offer is for a 'different role'

Chelsea captain John Terry has said he is mulling over the offer of a one-year contract extension which includes 'a different role' with the club. 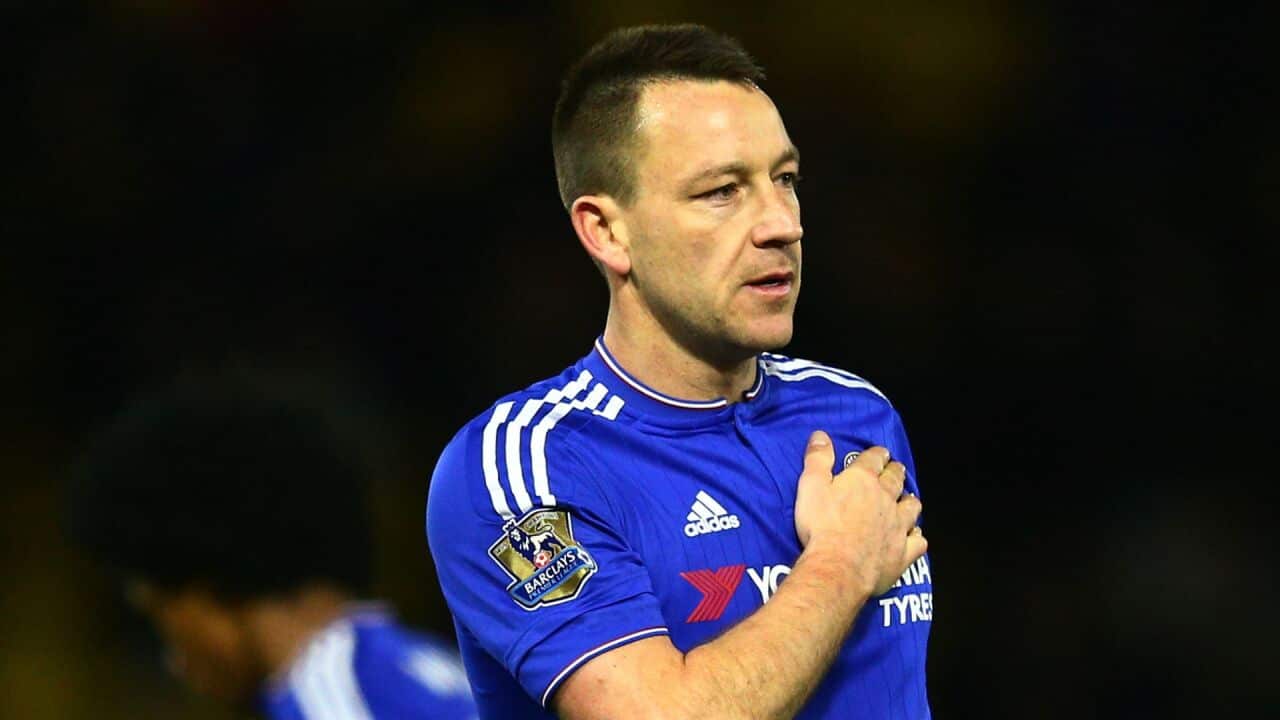 His current deal expires on 30 June and it is by no means certain Terry will extend his stay at Stamford Bridge.

Terry believes he can play on for one or two more years at the top level, but hinted that he would have to accept a reduced role next season under incoming head coach Antonio Conte. There is also a possibility the new role includes some coaching.

Should Terry decline the offer, it is likely he will have lucrative opportunities to contemplate in China, the Middle East and, possibly, Europe, now there is no chance Chelsea will be in opposition next season.

It is the third time Chelsea have offered the 35-year-old defender a new 12-month deal, the club policy for players aged over 30, and it is likely the terms of the deal are reduced.

Terry has made 703 appearances since his debut in October 1998.

He is suspended for this weekend's clash with Premier League champions Leicester City and could yet have made his final appearance.

He joined Chelsea aged 14, but said he would not be extending his stay after the FA Cup win at Milton Keynes Dons on 31 January.

"It's not going to be a fairytale ending, I'm not going to retire at Chelsea," Terry, who has won every major club honour with the Blues, said after the fourth-round win.

"I feel as though I'm in great nick. I've got a couple of years to go. It'll just be elsewhere."

Chelsea always insisted an offer may be forthcoming and Terry subsequently expressed hope of a resolution and extending his stay at Stamford Bridge.

The offer arrived this week.

A Chelsea spokesperson said on Friday: "Marina Granovskaia and Bruce Buck met with John and his agent this week and offered him a one-year contract extension.

"With it coming so late in the season, this is a big decision for John and his family and it is something that they are now considering."

Chelsea, who can finish ninth in the Premier League at best, play Leicester, their successors as champions, this weekend, with Terry completing a two-match ban after his dismissal at Sunderland.

Supporters were planning to voice their displeasure at the uncertainty over Terry, but now an offer has been made by the club, the fans will likely serenade him, pulling on his heart strings.

Chelsea sought to draw a line on the matter with the statement, allowing Terry to consider the offer and interim boss Guus Hiddink to focus on his final media conference ahead of the last game of his second caretaker spell.

Conte will arrive at the conclusion of Italy's involvement in EURO 2016.

"It's good to have big players in a club who are big personalities," Hiddink said.

Hiddink recently saw a photograph of a teenage Terry and lauded his longevity.

"Twenty, 21 years at the club is huge," Hiddink added.

"That's why they become legends. You must cherish those legends for the future as well."

It will be farewell from Hiddink and a return for Leicester boss Claudio Ranieri.

Ranieri was sacked by Chelsea in 2004 and succeeded by Jose Mourinho.

Mourinho's second spell came to an end in December after a woeful start to Chelsea's season.

Hiddink, who won the 2009 FA Cup during his first caretaker spell, brought stability, but still has only one home win in the Premier League.

The Blues drew 1-1 at Liverpool in midweek and are 10 points behind the Reds, who are one position above them in eighth.

Chelsea could finish 10th, if Stoke City beat West Ham United, but are unlikely to drop to 11th as Swansea City, who play Manchester City, are three points behind and have a far inferior goal difference.

"In general I'm happy with this last half-year. I did it with a lot of joy," Hiddink said.

"We managed to come back and we're happy to, but it's not enough for Chelsea standards. We have to go on and be very competitive next season."

Diego Costa is out of the game with a hamstring injury and Hiddink is uncertain whether the Spain striker will recover to play at this summer's European championship.

Goalkeeper Thibaut Courtois is available after illness, while a late decision will be made on Branislav Ivanovic, who missed the draw at Liverpool with a groin problem.