Carlos Tevez started his Shanghai Shenhua career in perfect fashion scoring an incredible 25 yard strike during a 3-0 win against Sydney United in Shanghai. 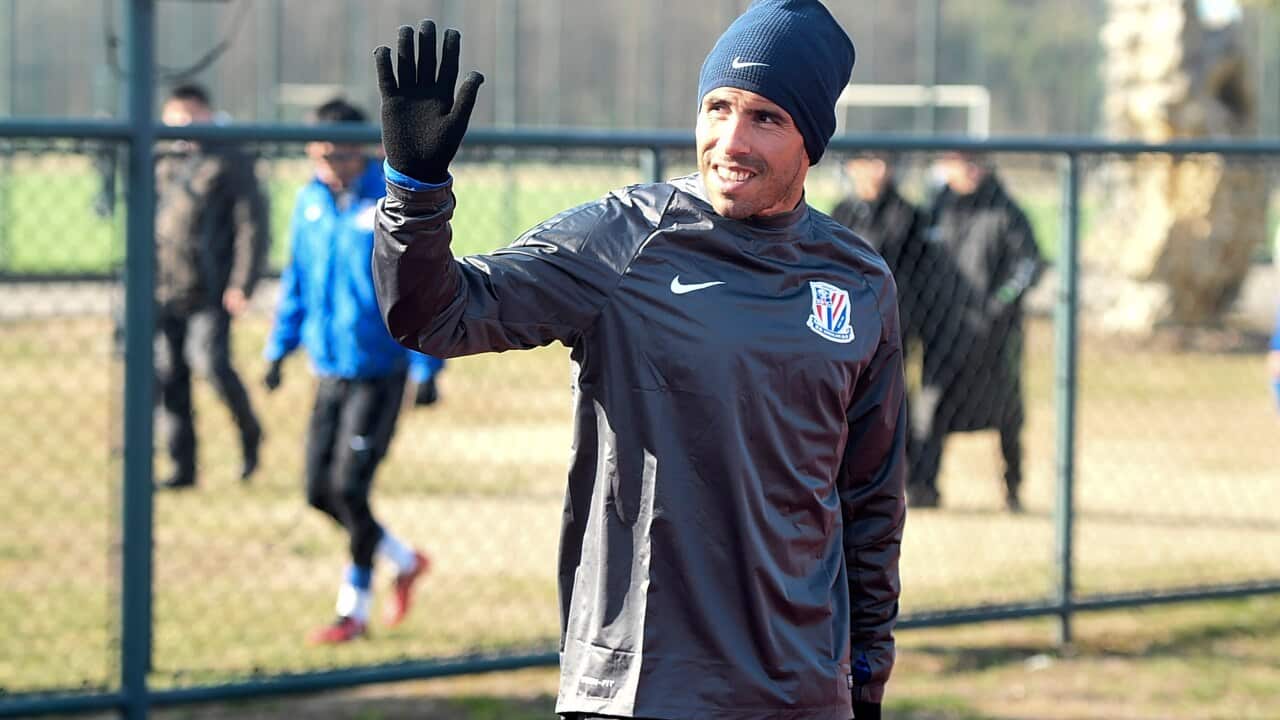 Reigning National Premier Leagues champion Sydney United put up a good fight during the friendly match at Hongkou Stadium on Wednesday night but could not stop the big spending Chinese Super League club.

Advertisement
Despite a gallant defensive effort from United, Shanghai broke the deadlock late through Martins in the first half to take a 1-0 lead into the break.

It didn't get much better for the visitors in the second stanza as Tevez struck from range to double Shenhua's lead and Martins scoring his second of the game at the death to wrap up the win.

Sydney United captain Nick Stavroulakis shared a special moment with headline acts Tevez and Martins after the match. Stavroulakis exchanged jereseys with Tevez and chatted with the former Serie A stars, in Italian of course.

Coached by former Sunderland manager Gus Poyet, Shenhua flew United to China to as part of the CSL side'spreparation for their Asian Champions League qualifying clash against the Roar.

Roar defeated Global FC 6-0 in their ACL second qualifying round match on Tuesday.

Sydney United will remain in China until the weekend to complete their week long training camp at Shanghai's state of the art Kangqiao Football Centre.