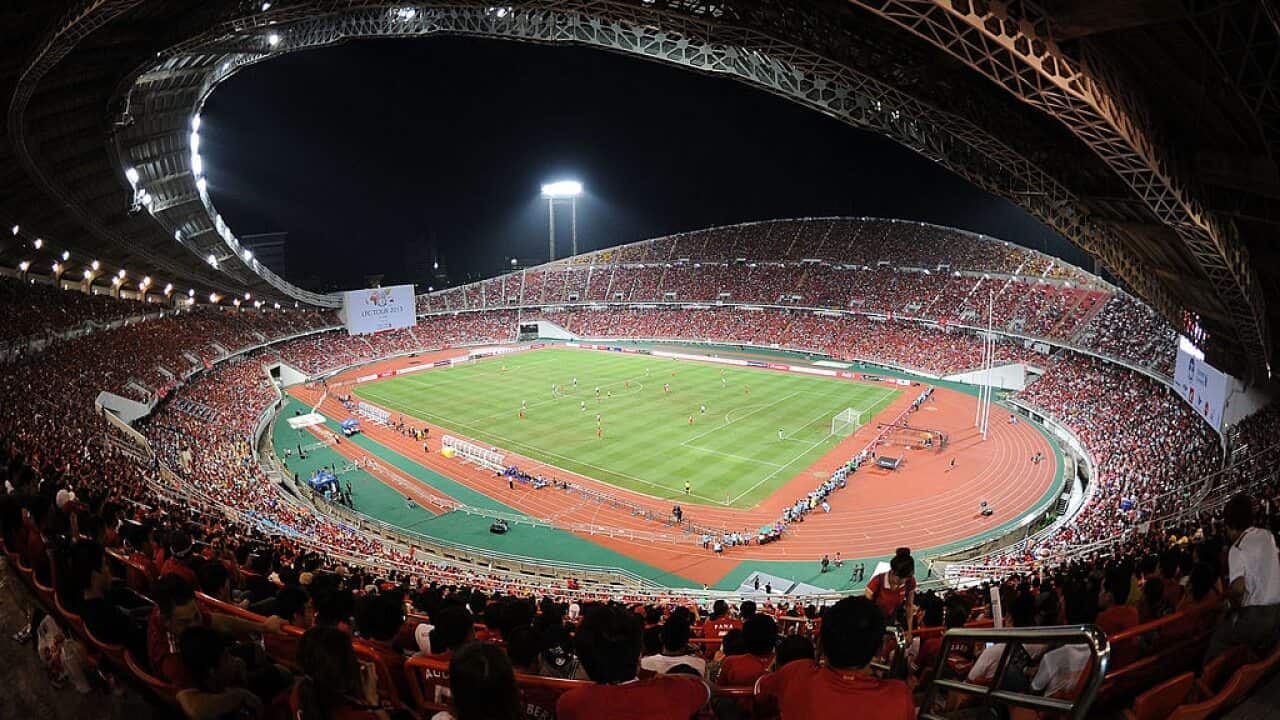 The Rajamangala stadium in Bangkok is likely to be the venue of the Socceroos' World Cup qualifier on November 15 Source: Getty Images AsiaPac

The Socceroos were scheduled to meet the Thais at Rajamangala Stadium on November 15 but the death of King Bhumibol Adulyadej on October 13 cast doubt on the status of the match after the Thai government ordered a month's period of mourning for the popular monarch that included the suspension of most forms of sport and entertainment.

The FAT want the match to take place in Bangkok instead of the mooted alternative of neutral Myanmar or Vietnam and have asked the Thai government for a dispensation.

"The match will take place on November 15 because FIFA rules do not allow us to change the date of the match," the spokesman said.

"The government have asked us to take the match elsewhere but we would prefer it to be played in Bangkok.

"We are 90 per cent hopeful of a positive reply to our request because the game will take place more than a month since the death of our king.

"We should hear from the government early next week."

The spokesman also dismissed reports that the match could take place at Rajamangala behind closed doors or fans be asked to wear black and white clothing and not support the team vocally.

"The match would be played as normal," the spokesman said.

A considerable number of Australian fans who have booked flights and hotels in order to support the Socceroos will be fervently hoping for a positive outcome.

Australia, who are in second spot in Group B two points behind leaders Saudi Arabia, need to win the match after two successive draws.

The Saudis are away to third-placed Japan on the same night.

The two draws against Saudi Arabia in Jeddah and Japan in Melbourne enabled Australia to improve their world ranking to 40.

It's the Socceroos' highest position since 2012.