Back in the days of the National Soccer League, SBS sponsored an annual award it called The SBS Most Entertaining Player of the Year. It was an award decided by the viewers, in other words the audience, the people who were being entertained. 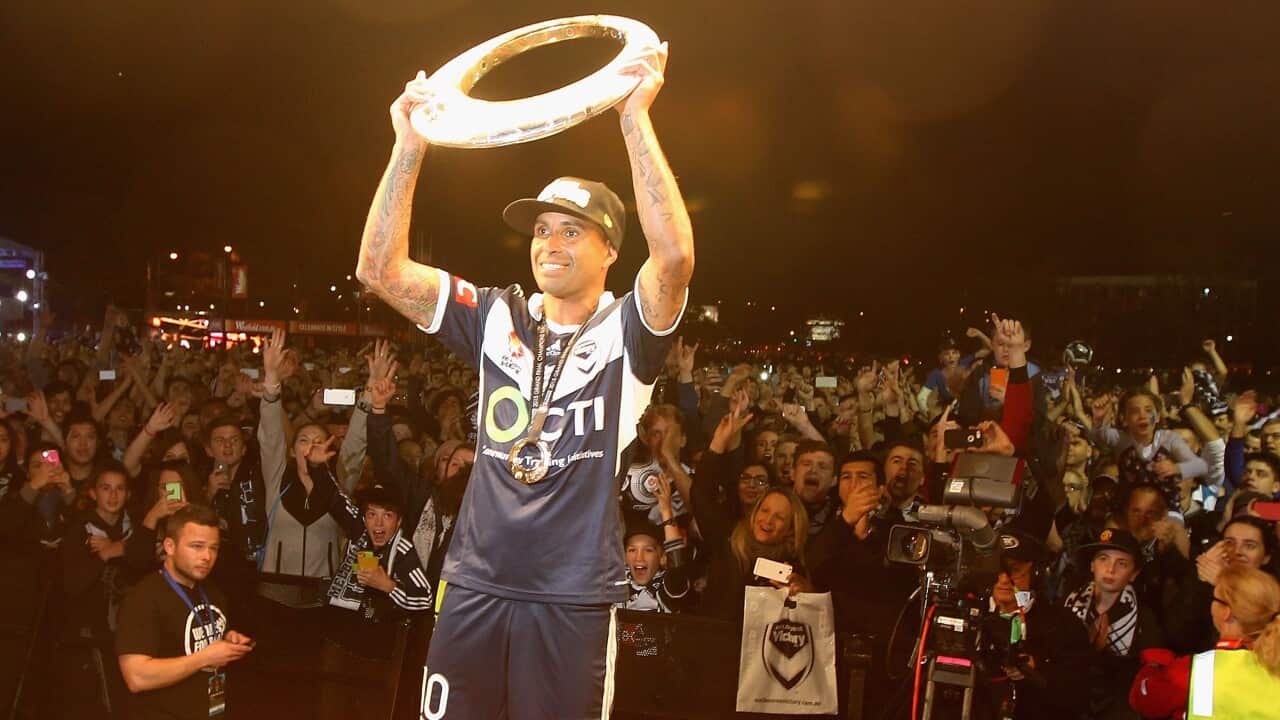 If that award was still in existence, Archie Thompson would have won it multiple times.

He may not have been quite on the Alessandro Del Piero level as a marquee player but Archie was through and through a box office drawcard, a personality player who oozed charisma and entertainment value. His fabulous scoring record – 90 goals in 11 A-League seasons – didn’t work against him either.

That is the measure of what the A-League will lose.

His professional career was launched by that great identifier of talent, Frank Arok
, when the great coach was in charge of the Gippsland Falcons. Arok spotted his talent while conducting a session in a carpark in downtown Morwell, liked him and invited him to training.

At the training session Arok joined in with his players and, in an exchange competing for the ball, Archie kicked the coach in the shins. Arok, who always liked players who were prepared to mix it, thought, ‘That’s my boy’ and promptly signed him.

Thompson, born in Otorohanga, New Zealand, to a New Zealand father and Papua New Guinean mother, later went on to play for Carlton and Marconi in the NSL before he headed to Europe at age 23 and signed for Lierse in Belgium.

He spent four seasons there, punctuated by injury, scoring 28 goals in 90 matches and was the club’s leading scorer in the league with 14 goals when Melbourne Victory wooed him home for the inaugural season of the A-League in 2005.

The high moment of his 11 fine years at the Victory was undoubtedly his five-goal haul in the 2007 A-League Grand Final when the Victory hammered Adelaide United 6-0. I was lucky enough to be among the 55,000 at Docklands to see it. It was the most bewildering scoring performance I have ever witnessed in my long life as a football fan.

Of course Archie holds another record, the 13 goals he scored for Australia against hapless American Samoa in a 2002 World Cup qualifier in April 2001.

It almost doubled the previous world record for goals in an international match of seven, then held by another Australian, Gary Cole.

In another unique performance he scored one of the fastest hat tricks in international history for the Socceroos against Guam in December 2012, scoring three goals between the 59th and 65th minutes.

But whenever he played, wherever he played, Archie was always entertainment value. Crowds, especially Melbourne Victory crowds, would chant his name in anticipation of something special when he nearly always provided. Gasps would go up whenever the ball came to him.

In his latter years, when he was mostly used as a substitute, the fans heaved as his N0. 10 was raised by the fourth official.

Most of all, what exuded from Archie Thompson was that he loved the game and loved playing it even more. His emotional farewell when he was substituted in his last home game made that pretty obvious.

It must have suddenly dawned on him what he would be missing.

The Aussie game and A-League will be poorer for his departure. I for one hope he stays in football in some capacity.

He is, for example, a terrific media performer with a sharp, cheeky sense of humour. And that shining smile has become a fixture in the game we want to keep seeing.

His last game for the Victory, away in the ACL Round of 16 second leg at Jeonbok Motors on Tuesday 24 May is a must-watch.