The A-League season is over and there are a host of uncontracted players whose futures remain up in the air. We put together an entire side of some of the best talent up for grabs. 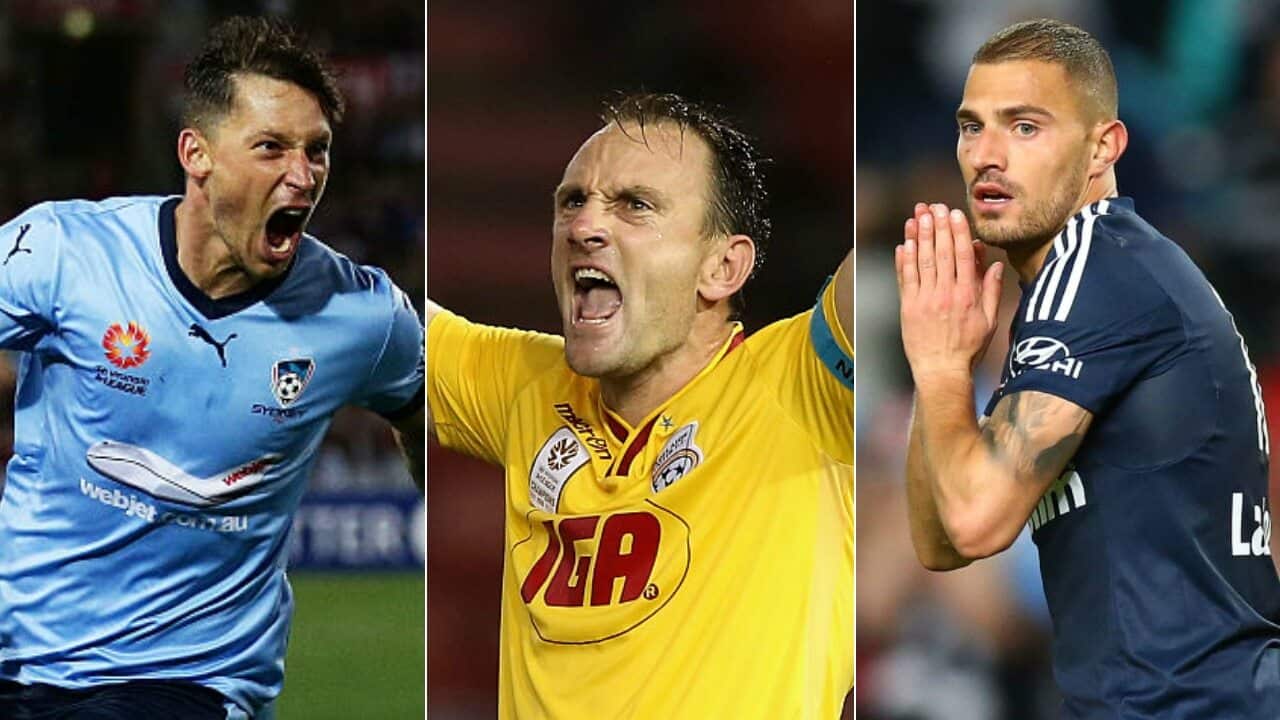 James Troisi is one of the most sought-after players in the A-League, but whether he stays in the competition or heads back overseas remains to be seen.

Melbourne Victory are seeking to re-sign him on marquee-player terms, but we're still waiting to hear confirmation of the current Socceroo's future.

The 28-year-old attacking midfielder would be a spearhead in our side.

Adelaide United fans were stunned their club didn't re-sign him. Instead, they have brought Paul Izzo back from Central Coast Mariners. Galekovic has been very strongly linked with Melbourne City, but neither he nor City has announced anything as yet.

When Perth Glory released its list of player departures on the weekend, Warren was not on it and was instead described as "off contract". The 25-year-old has been in and out of the A-League and presumably he'll bob up again - if not at Perth then somewhere else.

Baro played well for Victory in the second half of the season and was among their best performers in the grand final. The club has brought in Rhys Williams and released Baro, but even though he takes up a visa spot he'll be attractive to some other clubs. Newcastle Jets are one possibility.

Ansell played in the Victory side that won the grand final two years ago, but during the season just gone he lost his place as Baro's partner to James Donachie. Still, he's only 23. It's hard to see him not getting a run somewhere in the competition.

Came back from a horror run of injuries to play six games for Sydney FC this season, but didn't figure in the big games at the end. It remains to be seen if he comes to an arrangement with the Sky Blues for next season, but at 21 he still has the potential to kick on if he stays fit.

Dimitrijevic swept all of the best player awards at Sydney FC in season 2014-15, but two years on he has had to be satisfied with a bench role behind regular holding midfielders Josh Brillante and Brandon O'Neill. Appears likely to stay with the Sky Blues, but nothing confirmed.

Silky-skilled playmaker Carrusca is off contract at Adelaide United, but there's still a chance he could remain there. It likely depends on whether he gains Australian citizenship soon and is prepared to take a significant pay-cut after previously having been a marquee player.

Who knows what the future holds for Broich after Brisbane Roar chose not to re-sign the 36-year-old German? If we never see him in the A-League again then it was good while it lasted for the two-time Johnny Warren Medal winner. He has been superb.

The longer it takes for an announcement on Troisi's future, the more nervous Victory fans will become. Negotiations could be down to the minor details, or it could be more difficult than that. He's determined to be paid what he believes he's worth, which is fair enough.

Melbourne City released Gameiro after a horror run of knee injuries for a player who was regarded as one of the best young prospects in the country three years ago. He's only 24 and a change of clubs might be good for him, but he's obviously going to need a change of luck as well.

Holosko wants to stay with Sydney FC and why wouldn't he? Success is a powerful aphrodisiac. But for he and the club to come to terms he's going to have to accept a significant drop in wages from marquee status to back inside the salary cap.

*Former Western Sydney Wanderers midfielder Mitch Nichols was going to be in this side, but his future has been clouded by a drug possession charge he will now have to answer in court. There are plenty more players we could have picked from, but you can't fit them all in.