The best Greek-Socceroos of all-time

Australia has a rich relationship with the Greek community when it comes to football, from clubs like Sydney Olympic, South Melbourne Hellas and Heidelberg United. We look at some of the best players from Greek backgrounds to represent Australia ahead of the Socceroos' match against Greece on Saturday. 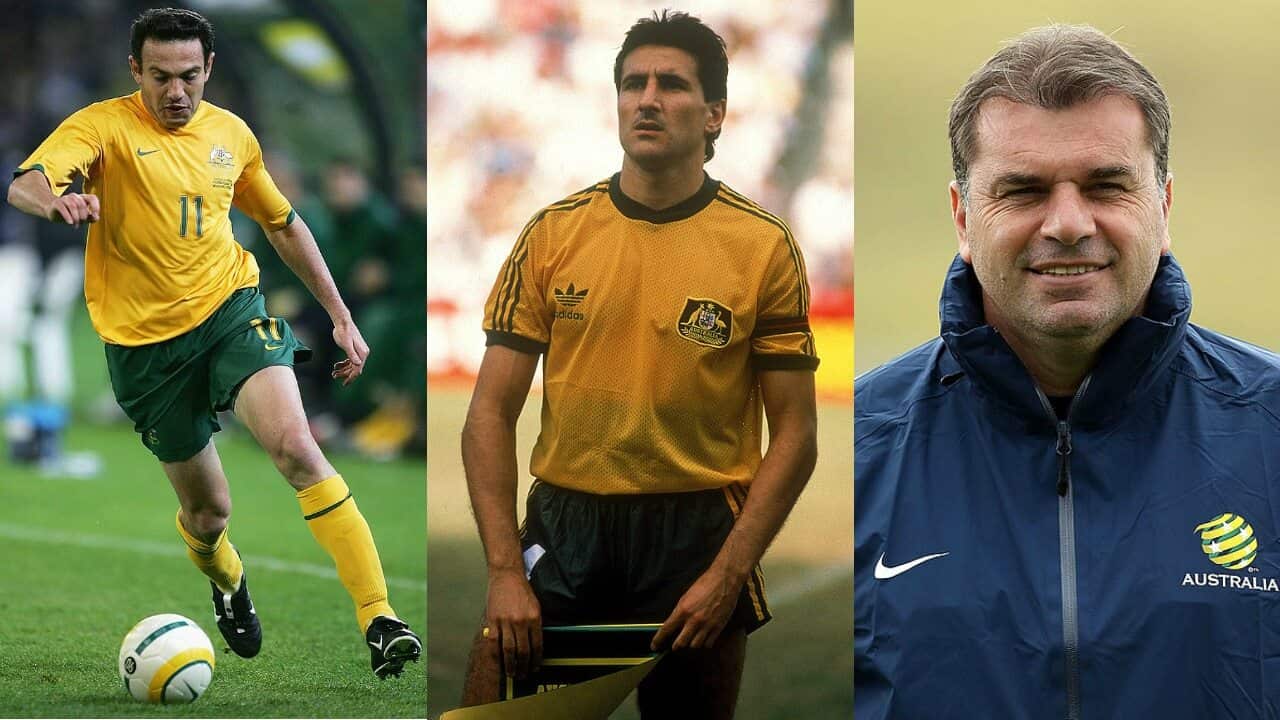 Stan the man represented Australia 60 times and played nine seasons in the Premier League for West Ham and Birmingham City. The pacey left-winger, who sometimes played left-back, was a key member of the Australian side that finished runner-up at the 1997 FIFA Confederations Cup.

Yankos played for the Socceroos 49 times and was captain on 30 occasions, scoring seven goals - none more impressive than a 30 yard screamer against Argentina. If you live in the Sydney suburb of Glenwood you might know a local street, Charlie Yankos street, that is named after the great man.

The Kat won the 1982 Australian player of the year award and is best known for his time with Sydney Olympic. He played 25 times for Australia and won four NSL championships.

Patikas played 27 times for the Socceroos and was one of the first Australian players to have a successful career in Europe - playing 142 times for AEK Athens. In 1985 he won the Australian Player of the Year and has three Greek titles as well as three NSL Championships to his name.

Raskopoulos had obvious leadership qualities, captaining the Socceroos on debut. The midfield general played 14 times for Australia and played for Sydney Olympic for over 10 years. Today his son, comedian Steen Raskopoulos is the one winning trophies - including the 2013 Best Newcomer at the Sydney Comedy Festival.

Ok, Ange's career with the Socceroos as a player is not amazing - he played four times for the national team - but as a coach he has become the most successful Australian coach of all-time. Two NSL championships with South Melbourne, two A-League championships with Brisbane Roar and most importantly the 2015 Asian Cup.

Kalantzis only played 15 matches for Australia, but he surely would have played more had he not been carving out a stellar career in Greece with Panathinaikos and then Olympiakos between 1987 and 1997 where he won three Greek Super League titles.

Taliadoros played nine matches for the Socceroos scoring three goals. Taliadoros was also a prolific goalscorer for South Melbourne between 1987 and 1993. Here he is scoring a classy lob for Sydney Olympic in 1996: