Melbourne City striker Kyah Simon has revealed her long injury layoff has made her hungrier than ever for success, starting with Sunday’s W-League grand final clash against former club Sydney FC. 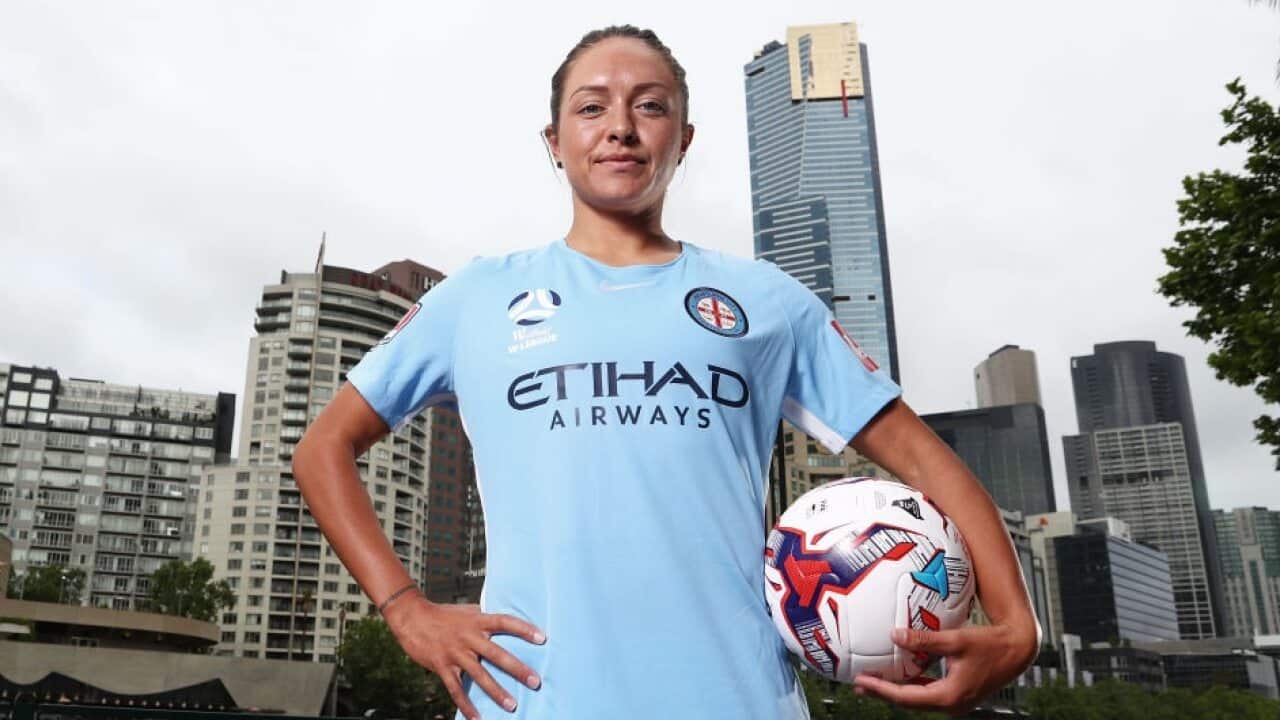 The 26-year-old has made a spectacular return to action this season after duel shoulder surgery forced her to sit out most of 2017.

The enforced break proved to be a blessing in disguise for Simon, who has gone from strength to strength this season with new club City and is driven to end what she called ‘one of the most important’ seasons of her career on a high.

“The long lay-off made me really miss football,” Simon said.

“I had been playing at this level since I was a teenager so it was a refresher for me both physically and mentally.

“Coming back after so long away from playing made this season one of the most important in my career. I needed to bounce back quickly and rediscover my peak form.

“Watching on from the sidelines has helped light the fire inside and it’s been a driving force for me throughout the campaign.”

Simon revealed the move to Melbourne, after three seasons at home town club Sydney FC, has helped her take her game to another level.

“I really needed a change in my career and the set up at Melbourne City was exactly what I needed especially coming back from a long term injury,” she said.

“I have been played in a few different positions this season and it has helped me become more versatile as a player.

“There is a great squad at Melbourne City and everyone works hard day in and day out.

“I’m always striving to perform a little better every game and the environment at the club has really helped me play my best football.”

The Matildas striker said she is looking forward to playing in Sunday’s decider, in her home town against Sydney, and insisted it had been an extra bit of motivation in the lead up to the match.

“It will be incredible to play such a big game in front of family and friends, it almost feels like a home game for me,” Simon said.

“Everyone in the squad is feeling really good ahead of the match and we are confident we can get the result on the day.

“I believe that - if we play to our potential and (play) our best football as a squad - that will give us the best chance.”

WATCH the W-League grand final LIVE, FREE and in HD on SBS VICELAND, streamed online or via The World Game app on Sunday from 4:30pm.