The False 9: Round 13 - Four-game ban would be fair enough for O'Donovan

The way some people have reacted to Roy O'Donovan's run-in with Manny Muscat, you could be forgiven for thinking the Central Coast striker was the devil incarnate. But False 9 is cutting him a bit of slack. 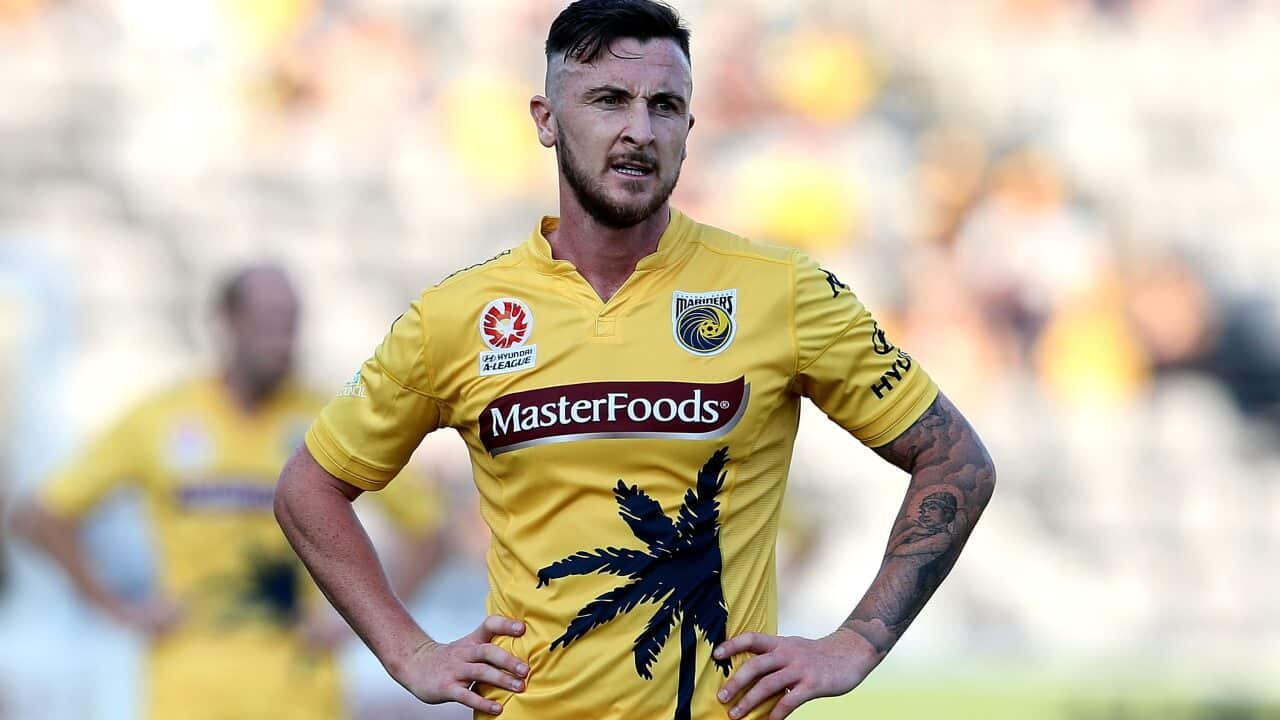 O'Donovan obviously made a bad choice when he threw his head at the Wellington defender and he will pay a price after being cited to appear before the A-League's disciplinary committee, but calls for him to get suspended for eight games or even the rest of the season are crazy.

False 9 reckons a four-match ban would be sufficient. You can't allow O'Donovan's act to go unpunished, but you shouldn't go over the top about it either.

Advertisement
It has been called a headbutt, but it wasn't a genuine headbutt.

O'Donovan threw the side of his head into the side of Muscat's head and while it certainly wouldn't have tickled, the Irishman wasn't exaggerating that much when he said Muscat had "gone down like a movie star".

The 30 year-old knows what he did was dumb, but he was provoked by an elbow to his head from Muscat, who then gave O'Donovan a mouthful as well. Muscat has already received a two-match ban for his part.

The disciplinary committee should ignore the hysteria that has come from some quarters, and make an informed judgement on what they see on the video and whatever other evidence is produced at O'Donovan's hearing.

Since we're talking about movie stars, False 9 has found the perfect actor to play the part of Fahid Ben Khalfallah, if they ever make a movie about the Melbourne victory attacker. Enter Alex Dimitriades.

Brisbane Roar goalkeeper Jamie Young has come up with a few clangers during his time in the A-League, but when it comes to sheer reflex-action shot-stopping he is among the best in the competition.

It was that element of Young's display that made sure Brisbane Roar got a 2-1 win over Perth Glory as opposed to having to share the points, and coach John Aloisi was full of praise for him.

"At one-on-ones he's one of the best in the league," Aloisi said. "The way we play we can get caught in behind and it's good to have someone who can save those one-on-one chances.

"We needed him today and he stood up. With every team you need a good goalkeeper and I'm lucky to have two good goalkeepers. It's a good headache to have."

We all fancy ourselves as having the ability to read people's minds, well False 9 does anyway, and based on that undoubted ability I'm going to suggest Western Sydney Wanderers coach Tony Popovic is giving star player Romeo Castelen a bit of the "Shinji Ono treatment".

Castelen was clearly unimpressed when Popovic substituted him during the second-half of the 0-0 draw with Adelaide United.

It brought back memories of how former Wanderers marquee man Ono didn't like it when he was benched either.

Ono was a fan favourite and a very influential player at his best and the same goes for Castelen, but False 9 reckons Popovic likes to occasionally remind players who's boss, whether it be by replacing them when they're not anticipating it, or starting them from the bench.

It might upset them temporarily, but Castelen, like Ono, is full of confidence and a fierce competitor and, again like Ono, will go out there next time even more determined to show just how good a player he is.

Speaking of "Popa", he cuts a very stylish figure standing on the sideline during games in that black suit that has become his regular match-day outfit.

A bit like the original "man in black", but not quite as controversial.

False 9 has a prediction to make - Newcastle Jets to make it back-to-back wooden spoons by finishing last again this season.

Newcastle began the season so well and are still playing a disciplined and structured brand of football, but their results have gone down the toilet.

After collecting nine points from three wins in the first four rounds, Jets have picked up a measly four points from four draws in the nine rounds since.

You can't get a much bigger turnaround than that.

False 9 has no doubt Scott Miller can coach. It clearly had a huge amount to do with him that Newcastle was so well prepared to start the season.

But it has become just as clear that he doesn't have a lot to work with in regards to his playing roster.

After being in the top six for a while, Newcastle have dropped to eighth place and with 14 rounds to go, and are only one point ahead of Perth Glory and five points ahead of Central Coast Mariners.

Jets haven't scored a goal in their last five games and if results continue to go against them it is inevitable that players will lose heart.

Glory are good enough to pick up results here and there, while the Mariners, still determined to get forward, appear to have found a balance between attack and defence after their early-season stuff was pure kamikaze.

False 9 can see both Perth and Central Coast edging past Newcastle eventually.

The great man, aka ADP, appears to be getting ready to eat half a cow, but he's still looking fit.

Archie likes a good hair joke as much as anyone.

Western Sydney Wanderers to hit the road against Melbourne City on Saturday night.

This clash is guaranteed to be entertaining because both sides will back themselves to prove they are the better one at skilfully working the ball forward into goal-scoring positions and then taking their chances.

They won't go crazy, but they won't be conservative either. Get ready for 90 minutes of purposeful attack and a lot of desperate defending.

It is one of the best match-ups you can get in the A-League at the moment.