The False 9 - Round 14: Victory must strike against vulnerable Roar

Forget all the theories about what is wrong with Melbourne Victory, all the excuses and all the predictions that they will come good eventually, it is time for the reigning champions to produce against Brisbane Roar at AAMI Park on Friday night. 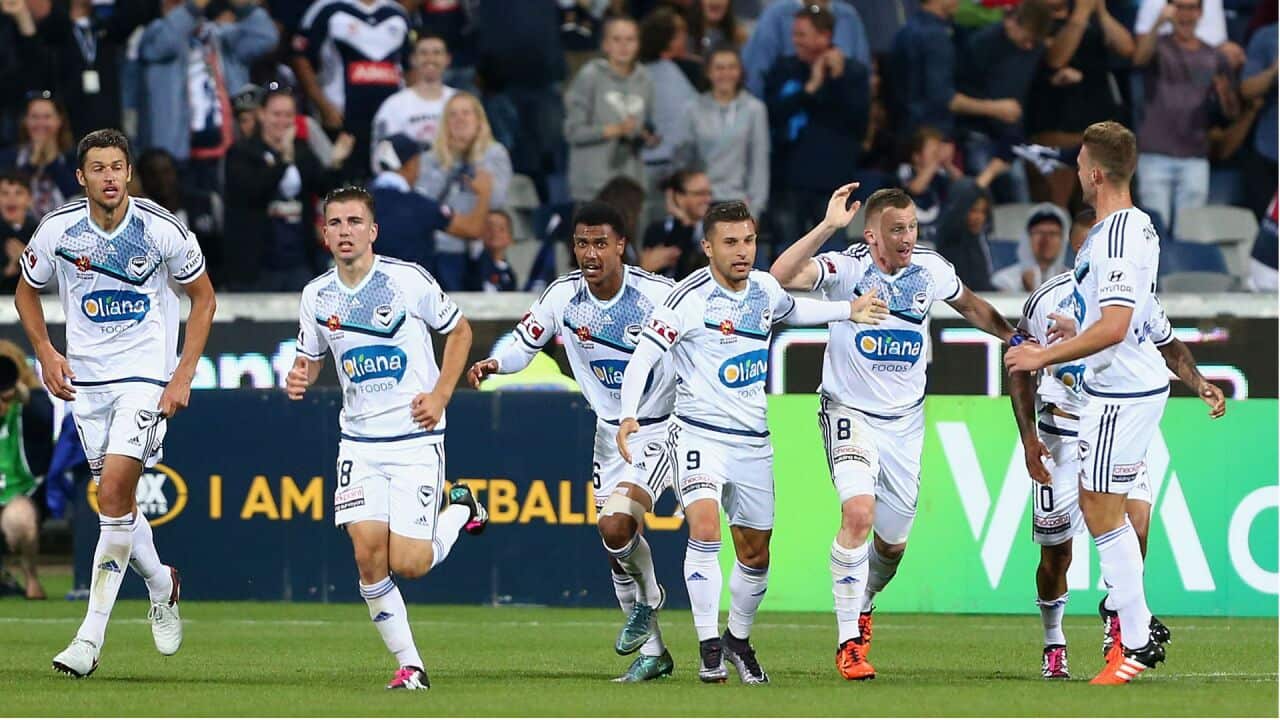 Yes, Roar lead the competition and are seven points ahead of fifth-placed Victory after 14 rounds, but they are missing the two young dynamos - Jamie Maclaren and Brandon Borrello - who have between them scored 12 of the team's 22 goals this season.

Advertisement
Brisbane couldn't find a way past Wellington Phoenix without that pair last weekend and Phoenix are hardly the defensive benchmark in this competition. Roar are strong in defence, but Victory at their best can get the better of any side.

Maclaren and Borrello are each missing because of Olyroos duty. Roar and Victory each have several players in that boat, but Roar are worse off because of what it does to their front-line.

Victory is also affected by injury and illness to several players, most notably Carl Valeri, but overall they have the best playing roster in the competition. They should be able to cope with player outs better than other teams.

Against last-placed Central Coast Mariners, Victory trailed 3-0 at halftime. They won the second half 3-0 to force a draw, but when are they going to produce a 90-minute performance that is truly Victory-like? It is way overdue and their fans deserve much better than that.

Melbourne City goalkeeper Thomas Sorensen has made several mistakes this season, but has mostly been outstanding and that was the combination we witnessed in his side's 3-2 win over Western Sydney Wanderers.

Sorensen let Mitch Nichols' long range strike slip through his grasp and into the back of the net. Apart from that he made several cracking saves.

The great Dane is 39, after all, so we can't expect perfection, but near enough is good enough when Sorensen's career-best form in the English Premier League and representing Denmark was set at a very high level.

For how long he can keep it up remains to be seen, but Sorensen signed with City for two years and he isn't even the oldest goalkeeper in the A-League - Perth Glory's Ante Covic is, at 40.

Perhaps the best advice for Sorensen if he wants to stick it out past 40 comes from the late, great David Bowie. He may have been talking about an astronaut, but still.

559 - minutes Newcastle Jets have gone without a goal

9 - Number of goals Newcastle Jets have scored this season. Also the number of points they collected in the first four rounds

If you're going to take the you-know-what out of others, you've got to be prepared to take it out of yourself first.

Recent Aussie tourist Kaka could have been guest-playing for an A-League team by now instead of hanging out with Lionel Messi at awards ceremonies.

After collecting nothing more than splinters from 90 minutes on the bench for Sydney FC against Newcastle Jets, Shane Smeltz brushed the Sunday morning sleep-in for an early-morning training slog.

Sydney FC's Ali Abbas surprised no-one when he said it was like a dream come true for him to make his A-League return after 14 months out with a knee injury and score the goal that clinched a 2-0 win over Newcastle Jets.

"I had a feeling (about scoring], but I never thought it would come," Abbas said. "As soon as I passed the ball to him [Matt Simon], I thought: 'Please, just pass the ball to me, because I'm on the edge of the box and I'll be one-on-one with the goalkeeper'. I took my time, took my chance and I did it."

Abbas said the negative comments directed his way from keyboard warriors on social media as he worked towards a comeback had pumped him up to make sure his return was a success.

"To be honest, it was all those people who said I would never come back and never be the same player as before," he said. "That's my motivation. People who doubted me, people who tried to put me down.

"But I tried to not listen to that, just to make that a motivation for myself, and hopefully I will continue to do that."

Harry Novillo was in sublime form for Melbourne City against Wetern Sydney Wanderers, scoring a double. And he predicted he would only get better, because he was still yet to reach peak fitness after overcoming a hamstring injury that delayed his start to the season.

"I’m starting to be pretty close, but I’m not 100 per cent because I have some cramp in the 80th minute or so," Novillo said. "After 85 minutes I start to be a little bit tired.

"I need to be able to finish the game easy without cramp and stuff like that, but I’m working hard every day to hit this level and I hope it’s going to come soon."

After previously having been deployed out wide, Novillo has been moved alongside the competition's leading goal-scorer, Bruno Fornaroli, as part of a 3-5-2 formation recently adopted by City coach John van't Schip. Novillo is loving the change.

"I like it because I’m closer to Bruno, a very good player, the best scorer in the A-League at the moment,” he said. “It’s really good because we can have a good relationship and then we have Aaron (Mooy) just behind us, which is important for us because he gives us really great ball.

“We have everyone around us who work hard for us. I like this position. I’m more closer to the goal and I can maybe score more or be more dangerous.”

You know what - the Sydney derby. Wanderers haven't won any of their last five clashes with Sydney FC and have only drawn one of those, but they will start favourites in this game based on the home-ground advantage, form this season and the fact Sydney have several key players out.

It will no doubt be a fascinating affair. Something always seems to happen in these games.