The False 9: Round 25 - Can Brisbane fend off inevitable offers for Maclaren?

Brisbane Roar can expect plenty of offers from overseas for hot-shot striker Jamie Maclaren and it will be interesting to see whether a club that have had their financial issues in the past would be willing to sell him and pick up a juicy transfer fee in the process. 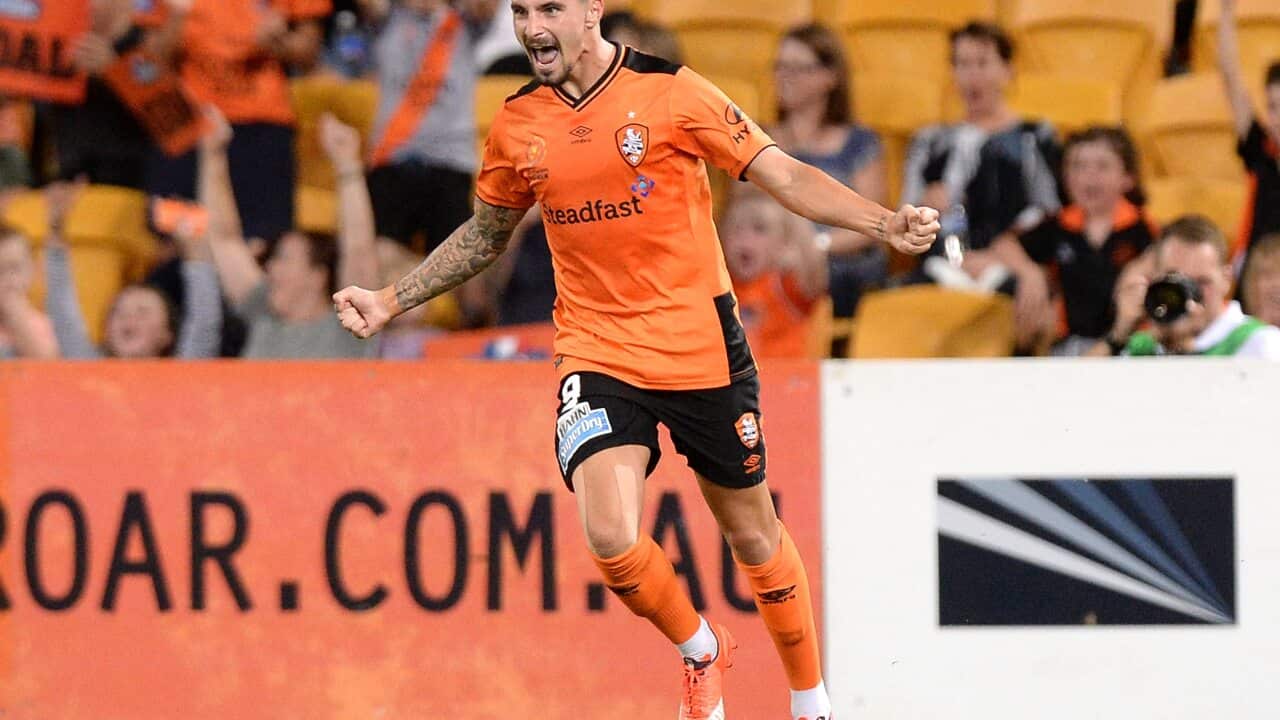 But the player would have to be interested in a move as well and it remains to be seen what Maclaren would want to do in such a situation.

The 22-year-old has made all the right moves so far in his career, knocking back overseas offers at the end of last season to further his career in the A-League first.

Many wondered why he would join a club like Brisbane when they were having the money problems that they were at the time, with delays in payments to players, but Maclaren obviously saw it as the right move for his football and he has been proved correct.

Advertisement
Maclaren was already very promising, but his game has gone ahead in leaps and bounds under the coaching of former Socceroos striker John Aloisi and senior national team representation for himself can't be far away.

Socceroos coach Ange Postecoglou has made it clear Maclaren is in the mix for promotion. A big finish to the season in the finals series for him would probably be the clincher.

Maclaren has scored 18 goals in 21 games this season. His tally is a record for an Australian in the A-League. He is contracted to Roar for another season but that won't stop the offers coming in for him.

European and Asian clubs have been in for him before and sources say we should expect them to come knocking in bigger numbers this time.

But when Maclaren does eventually make what seems like an inevitable move overseas he obviously has to be careful to make the right one for him.

The good Gallagher brother, Noel, as opposed to the extremely annoying Liam, certainly looked to be enjoying himself as a guest at AAMI Park for Melbourne City's 3-0 win over Wellington Phoenix.

The former Oasis songwriter and guitarist is touring Australia with his band, Noel Gallagher's High Flying Birds, and, being from Manchester, on a night when he didn't have a concert scheduled he of course had to get a football fix watching another club controlled by City Football Group.

In honour of the great man taking time out to grace the A-League with his presence, False 9 would like to present an Oasis classic which (the title at least) also celebrates City's new-found defensive strength.

After recording just one clean sheet in the first 21 rounds, they've had three in their last four games.

Bruce Djite had a terrific game in Adelaide United's 4-2 win over Central Coast Mariners, which included him scoring a goal that equalled the club record. Djite and former Adelaide captain Travis Dodd now each have 30 goals for the Reds.

"Travis Dodd, what a fantastic ambassador for the club and player in his time," Djite said afterwards. "It’s an honour just to be on his level."

There's more than one way to get a Brazilian.

People in round-ball games stick together.

This scene was bound to end up on high rotation.

Melbourne Victory copped plenty of media criticism in the lead-up to their game against Western Sydney Wanderers after a series of disappointing performances and after their 2-0 win coach Kevin Muscat said it had been fair enough.

"I want to pay credit to the group," Muscat said. "It's been a tough week and when you're involved in this industry you've got to take the good with the bad and the last week has been pretty ordinary and criticism has come thick and fast and the majority of it was warranted.

"So to react like we did tonight, I thought it was an outstanding performance and again it's just a reminder - to ourselves, not to anyone else - what we're capable of if we apply ourselves."

It wouldn't have felt so good to Bruno Fornaroli when the Melbourne City striker's penalty attempt went straight at Glen Moss and the Wellington Phoenix goalkeeper blocked it, but much better for the Uruguayan when he stuck the rebound in the back of the net.

Now we know why Aaron Mooy takes the penalties for City. Mooy missed the game because of Socceroos duty.

Fornaroli scored twice against the Phoenix and his attacking partner Harry Novillo got the other goal. Fornaroli has an A-League record 22 goals this season and Novillo 11 but City coach John van't Schip is particularly impressed by their unselfishness.

"The understanding between the two is really good and they give and go," Van't Schip said after the win. "It's not as if they look for their own ­pleasure in scoring goals."

Regardless of what happens in the games in the meantime, Melbourne City will be playing to hang on to the competition lead when they play Perth Glory in the penultimate round of the A-League regular season at nib Stadium on Sunday.

And Perth will be trying to edge closer to - or maybe even into, depending on other results - a place in the top four and a potential home game in the first week of the finals.

Or, if a couple of teams do them a huge favour and engineer upset wins in those earlier games, a win over City could even put Glory in with a chance of crashing the top two in the last round.

It's all on the line now. Should be a ripping contest in the west.