The five Premier League stars out to force their dream moves

It used to be that once you signed a contract with a club, that was it. Indeed, in the pre-Bosman era, not even the expiry of that contract was guaranteed a player's release. 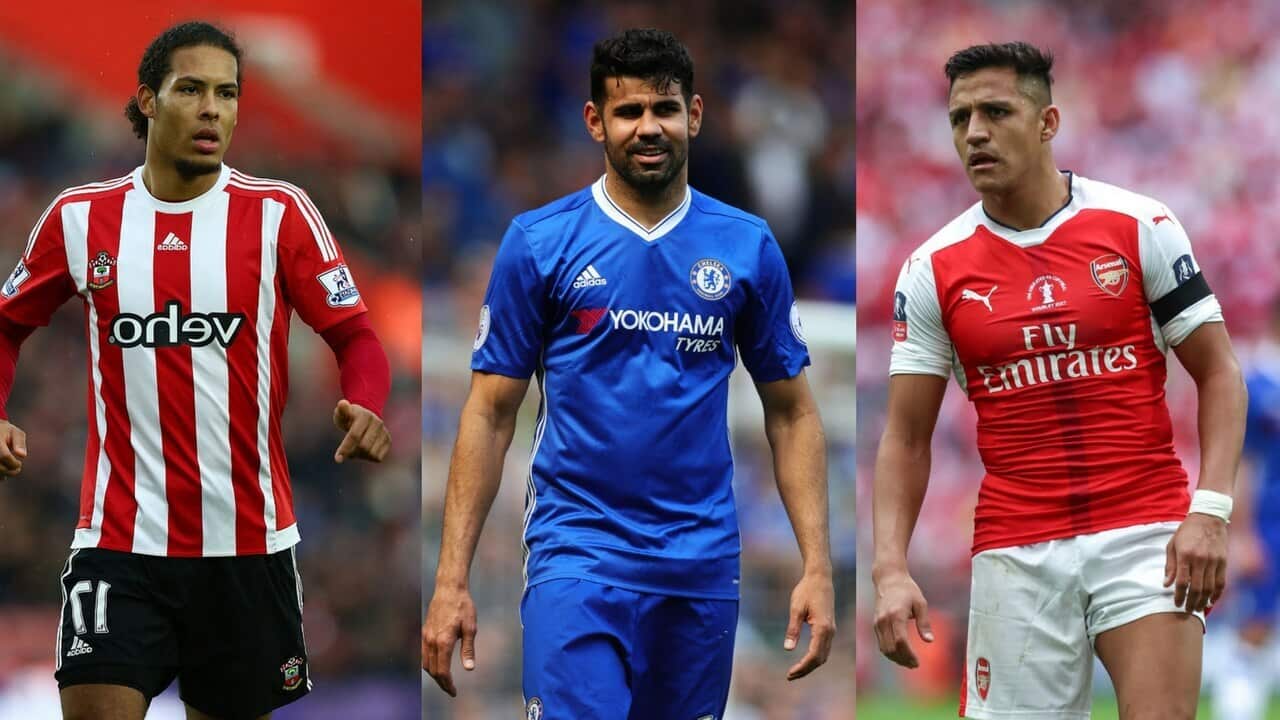 These days, the scenario couldn’t be more different. Clubs may be more financially powerful than ever before, but the rise of player power now appears to be even greater. Contracts are now in name only.

Where once players were once threatened with being demoted to reserves, the salaries they earn are so large that clubs no longer want that risk. It is nearly always a better option to move on an unhappy player, lest such disenchantment infect the rest of the dressing room.

Already this European summer, Romelu Lukaku, Marko Arnautovic and Kyle Walker have all forced through moves using various tactics. Arnautovic expressly told West Ham he wanted out, Lukaku ran a very 21st century social media campaign – complete with a holiday to LA with Paul Pogba – while Walker did his bidding quietly after falling out with Mauricio Pochettino.

Perhaps inspired by these three, there’s a now a lengthening queue in players “demanding” to be sold – even though they’re under contract. Here’s the five biggest players angling for a move.

Quote: “We made a really good offer to him to sign a new contract, he declined that contract and told me that he is looking for a new challenge,” - Everton manager Ronald Koeman.

Story so far: Refused to sign a £100,000-a-week contract recently but that wasn’t a huge surprise. The tense stand off between the player and manager was an awkward, underlying tension to the Dutchman’s first year at Goodison Park. He’s already bought Davy Klassen as a direct replacement, with Wayne Rooney also capable of filling Barkley’s role. Barkley is one English football’s premium talents but he dipped in and out of form this past year. With just a year to run on his contract, it makes sense for the Toffees to cash in.

Chances of a move: Certain. Koeman even declared the probability of his departure to be “100 per cent”. Seems a great fit for Spurs, who have been very cautious in this window so far.

Quote: “He has to be respectful of that contract as well and if business gets done, get it done privately and done behind the scenes,” - Nigel Adkins, ex-Southampton manager.

Story so far: A curious case study of the modern world of football transfers, where new clubs negotiate with players behind the existing club’s back. We know this because Liverpool owned up to it earlier in the transfer window, then promised to leave van Dijk alone. However, their interest has not subsided, and the rumour mill suggests the original £50 million Southampton wanted has shot up to £65 million. If the Reds pay it, they get a beast of a defender, albeit over the odds.

Chances of a move: Likely, but the Saints will be happy to play hard ball given the lengthy contract. This may not get resolved for a few weeks.

Quote: “I am fiercely ambitious and feel that now is the time to move on to a new experience,” - Mahrez himself.

Story so far: Mahrez has pushed his claim for a move the old-fashioned way: a transfer request. We don’t see these submitted very often any more because they often invalidate any loyalty clauses inserted into player’s contract – which is why players now use their agents, the media and their Instagram accounts to push for a move. But submitting a request doesn’t wield the power it used to; it’s just a statement of intent. With Roma’s £32 million bid already rejected, and the club valuing him at £50 million, this is a situation that may not get resolved until the end of August – if at all.

Chances of a move: 50-50. The huge discrepancy between what the Foxes want and the market offers looms as a real stumbling block. £40 million and a healthy sell-on clause might get it done.

Quote: "Hi Diego, I hope you are well. Thanks for the seasono [sic] we spent together. Good luck for the next year but you are not in my plan,” - Antonio Conte.

Story so far: Technically, it was the manger who forced Costa out, but he's now demanding his choice of destination be honoured. It's extraordinary considering both player and manager performed so brilliantly last season as Chelsea went on to win the title. It’s hard to tell who started this incredible war of words, but Conte’s text message certainly made it official. However, ever since, it’s been Costa holding the aces – he won’t leave unless he gets his dream move back to Atletico Madrid, something he hasn’t been shy in promoting, even if AC Milan have entered the fray as an possible alternative. Either way, the Spanish international will now have the last say.

Chances of a move: Close to certain. Nobody could foresee Costa turning up at Stamford Bridge in any capacity this season. Could a loan deal be the temporary solution?

Quote: "Love being an ambassador for Arsenal. Next job is to pick up Alexis Sanchez and take him out for a night out. Might take a pen with me,” - ex-Arsenal star Ray Parlour.

Story so far: Where there’s smoke there’s fire, and the smoke has been billowing from the chimney on this one for months. The media don’t go with these things unless there’s someone behind the scenes working extremely hard to make something happen. One can safely surmise that Sanchez’s representatives are wanting either big new contract or – as seems to be the case – a move back to a team in the Champions League. Sanchez hasn’t said anything, but he sure hasn’t ruled anything out, either. One of the trickier stand-offs of the pre-season.

Chances of a move: Unlikely. There’s been no official offer, that asking price is purely speculative (suggested by former Arsenal hero David Seaman), and the Gunners seem prepared to play hard-ball. Expect him to stay in North London for another 12 months.