The forgotten Aussie who became a hero in Hong Kong

It’s New Year’s Eve, 2015. With hours before the clock ticks over to 2016, Jared Lum sees a message flash up on his phone. It’s the message that will change his football life. 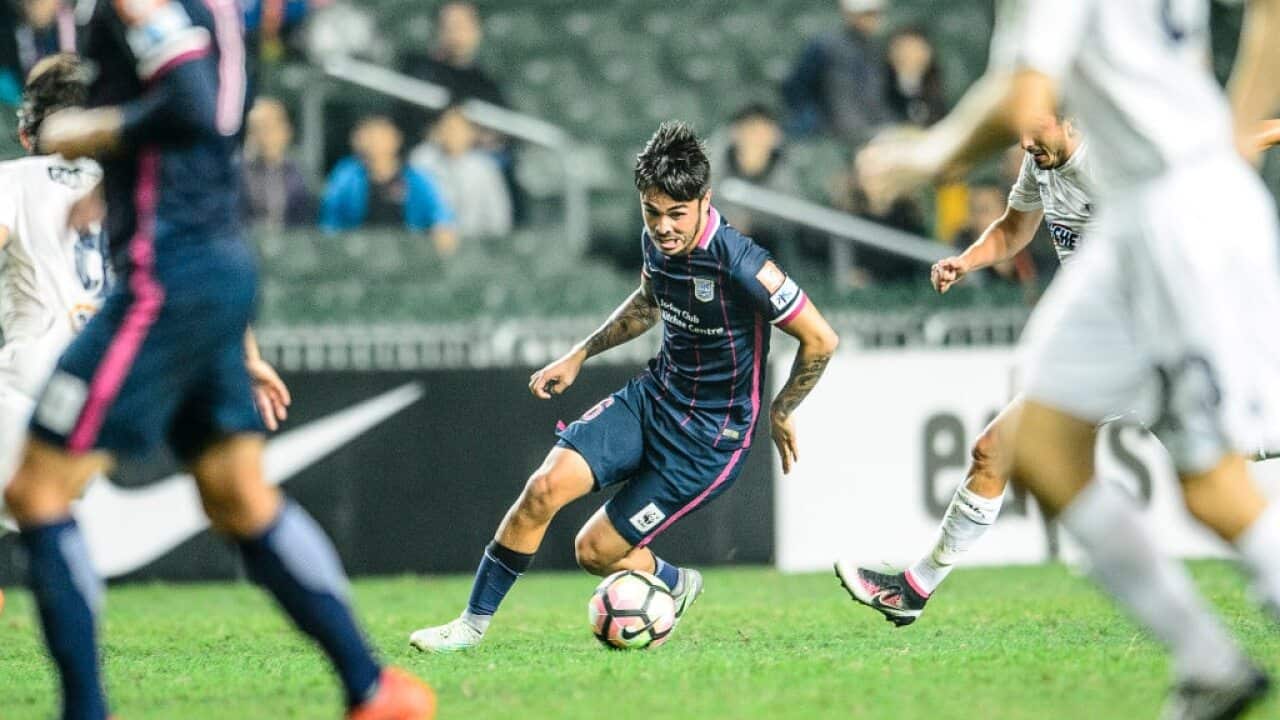 The message came from an agent he’d never met but who'd been savvy enough to pick up some information on the football grapevine. After all, Lum was a Young Socceroo and Sydney FC’s under-20 captain barely a few years before.

However, he'd had just finished playing in the NSW Premier League with Marconi after having been overlooked for the A-League yet again, while former junior teammates kicked on to greater heights, his career was in limbo. The professional football dream was flat-lining.

But the agent’s message wasn’t about moving interstate, to an A-League club, or to another NSW state league side. This was completely different.

“I was at a bit of a crossroad in my career – and this came totally out of the blue, actually,” Lum tells The World Game. “The agent messaged me on Facebook and said there was an opportunity to trial with Kitchee, the biggest club in Hong Kong.

“So I did a bit of research online and it sparked my interest. [Olyroos coach] Josep Gombau had just left and they had just won the treble. I spoke to my fiance at the time and she was very supportive.

“We had our wedding in six months, but she told me if I didn't do this now I would regret not giving it one last crack. So I packed all my stuff and hopped on a plane two days later.”

Besides some hasty Googling, Lum had zero idea about what would happen when he stepped off the plane. He needn’t have worried.

“I had three or four sessions with the team and they offered me a contract. Honestly, I was stoked,” he said. “The only problem was that told them I would have to miss the last game of the season – I had to get home for my wedding! That was ironic because it was always my wife who believed I would make it.”

Since signing on, the 25-year old has rediscovered the form that made him such a highly valued asset as a junior. In his first season (where he joined half-way), there was a small taste of success as Kitchee won the League Cup. But as they finished second in the league itself, both club and player knew improvement had to be made.

And how they did. Not only did Kitchee win the league title but Lum finished the 2016-17 season with seven goals in 20 appearances, plus a further three goals in the cup competitions. It was, in his own words, “a huge year”.

“I think those are the games players only dream of playing in – and the week after we won the FA Cup to wrap up the treble.”

Formerly a defensive midfielder, Lum has changed to being an “out and out number 10” and believes it has unlocked a whole new element to his game, providing the goals that have blown the lid on his popularity in his adopted home.

“Getting my goal tally into double figures helped win the fans over, as did scoring the winner in the Senior Shield final,” he said. “I know they love my goal celebration, which is a kangaroo hop – and a few videos of fans imitating it online have popped up! Kitchee definitely have the biggest fan base in Hong Kong and it’s great to play in front of them.”

Contrary to what some might think, according to Lum, the Hong Kong Premier League is far better than most outsiders give it credit for.

“The standard is actually quite high. I was exposed to Asian opponents playing with the Joeys and the Young Socceroos, so coming to Hong Kong I thought it would be equal to maybe the NPL 1 in NSW,” he said. “I was quite surprised really – I think the top two or three teams would do quite well the A-League.”

“When I arrived here, I was fighting every day for a position with other players that I’d watch in training and just be like “wow”. Some of the foreigners are amazing. I had to push myself and learn off players who had played at higher levels.”

“We have a lot of Hong Kong national team players in our squad, so along with the foreigners it is a good mix. Kitchee has players who have played in the Bundesliga, La Liga and others who have been to two World Cups and represented their country 50-plus times.”

While Lum would have to stay a full seven years to be eligible for Hong Kong – effectively ruling them out for the short-term – but he also boasts Fijian heritage and the island nation has eagerly chased him.

“I had a bit of contact with the Fijian national team coach and he came to Hong Kong to watch me,” he said. “But to choose a country other then Australia would feel that I am giving up on a dream and a life goal, no matter how far fetched it might seem to some people. So, internationally, I’m not sure. ”

For now, Lum is just focused on achieving all he can with Kitchee, all whilst enjoying one of the world’s great cities – and appreciating a whole new lease on life, both on and off the field.

“Getting around Hong Kong is effortless and I always find new places to explore – whether it be a place to eat, shop, to hang out, or hike,” he said. “My wife moved over with me last season, she loves it here and Kitchee gave us a nice apartment in a well-located area.

“We are excited to have a little one on the way, so if you ask me again in five months, my life may have a very different viewpoint! But all in all Hong Kong is a great place to live. Looking back now, we couldn’t be happier at how everything has worked out.”