The good, bad and ugly of FIFA's Mad Men

I discovered it late but I’m glad I got there in the end. As a 1960s nut, the TV series Mad Men was made for me. In the last few months I ploughed through all seven seasons of a program that looked at the decade and its changes, especially in terms of gender relations, through the prism of the advertising industry. 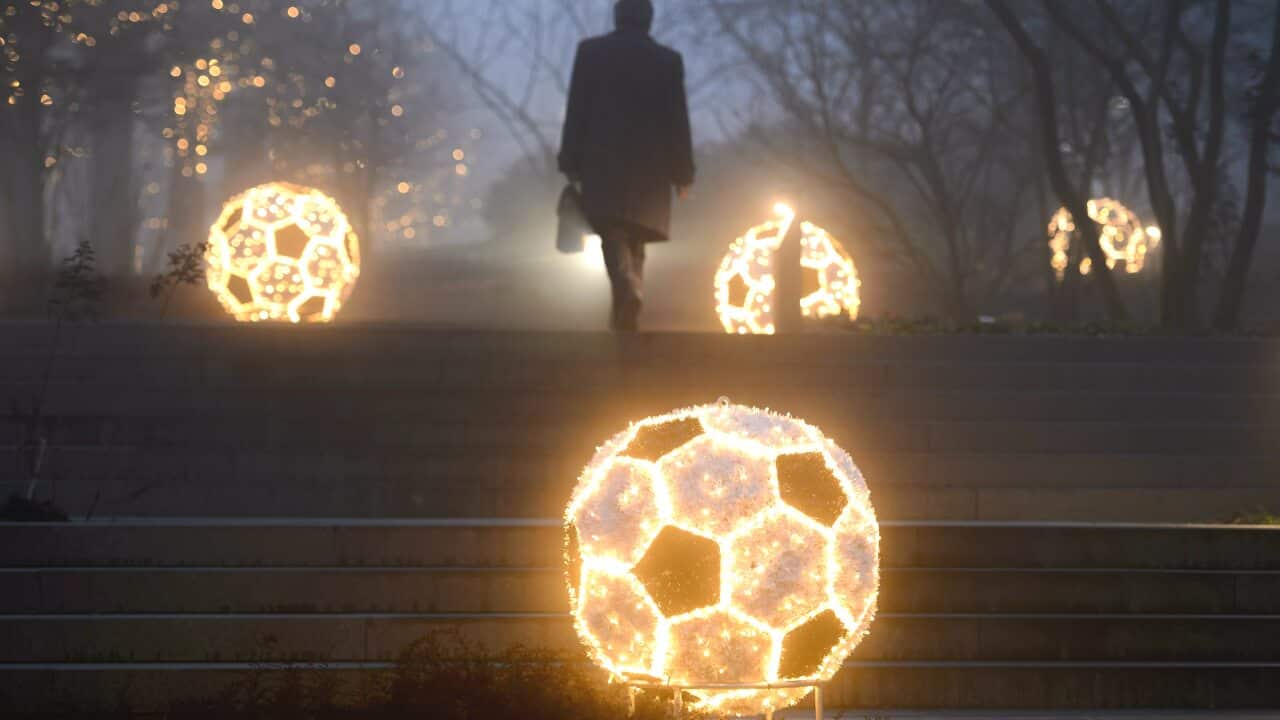 At the centre of the turmoil is a lead character, Don Draper, who remains relatively immune to the shifts in attitudes going on around him – until the very end of the series, when we are led to believe that an experience in a hippy retreat inspired him to come up with the 1971 Coca Cola ‘Hilltop’ advert, where youth from all races come together to sing in perfect harmony.

The series, of course, is fiction. But the advert is real, and extremely famous.

Mad Men creator Matthew Weiner saw nothing cynical about the way he constructed his finale, where his main character turns a powerful personal experience into a means of promoting soft drink. He described the ad as “so beautiful” and asked “why not end this show with the greatest commercial ever made?”

Advertisement
After all, he continued, “five years before that, black people and white people couldn’t even be in an ad together [in the US].”

The advert also makes it easy to understand why Coca Cola became a staunch commercial partner of FIFA in 1974. The company’s marketing had an explicit global concern. And so, from 1974, did world football’s body.

And he would “sell a product called football” and distribute the proceeds around the FIFA membership.

These promises were kept and help explain the strong support, especially in Africa and Asia, for Havelange and his hand-picked successor, Sepp Blatter.

Much of this was good – especially in comparison with the blinkered Euro-centrism that had governed FIFA before. Yet there were also some unwelcome developments.

Steeped in the practices of the Brazilian elite, Havelange brought with him a tendency for crony capitalism and a relentless blurring of the lines between the personal and the professional – which has landed FIFA in their current jam, thoroughly discredited as a consequence of endless corruption scandals.

All these vast quantities being siphoned off into private bank accounts – this can be seen as a sub-product of the success of the game. Football generates enormous interest and huge sums of money.

Regulation has not even attempted to keep pace and so we have been living in the game’s Wild West era – which would seem to have come to an end with the dramatic appearance on the scene of the lawman, making dawn raids on Swiss hotels and rounding up people who had long been thought of as untouchable.

What comes next will surely be less corrupt but, without forgetting the corrosive nature of corruption, that does not necessarily guarantee that it will be better.

One of the major problems that world football faces is the chasm between top level club football in Europe and the rest of the world. Almost invariably, the process of globalisation leads to concentration – in this case a group of elite clubs gobbling up the best talent from all over the planet.

There should inevitably be some antagonism between FIFA and these clubs, for their interests are different. The elite clubs are looking after themselves. FIFA has a duty to develop the game worldwide.

One of the things that most irritates the top European clubs is having to release their players for international fixtures. Key members of their squad are clocking up the air miles flying back to Argentina, Brazil, Cote d'Ivoire and so on.

National team football is under attack. FIFA have done a fair job in safeguarding it – working out, for example, an internationally agreed calendar, with FIFA dates when clubs are obliged to release players.

There must surely be a danger that this concept will come in the firing line. The European clubs appear to be lying low for the moment but it is entirely conceivable that, in the guise of a clean up campaign, they will flex their muscles and use their power to force through their own agenda – one that would seek to concentrate even more wealth and prestige in their hands.

The US Justice Department’s indictment of FIFA officials and media executives contains an interesting observation. Those involved, the document concedes “helped pursue the principal purpose of the enterprise” – in other words, worked for the global development of the game.

They also “corrupted the enterprise by engaging in various criminal activities, including fraud, bribery and money laundering, in pursuit of personal and commercial gain.”

So there was good in there as well as bad. My hunch would be that over the course of time the percentage of the bad increased at the extent of the good – it is the usual way with corruption schemes, which as they grow bigger attract people more likely to be motivated by illicit enrichment.

An important recognition has been made – that along with the filth, there were genuine attempts to grow the game.

The priority now should be clear – maintain an internationalist outlook while cracking down on opportunities for money to be siphoned off.

A new agenda needs to recognise the excellence of top level European football while also promoting positive change elsewhere, helping other leagues fulfil their potential; it needs to protect international football; it must continue to distribute money while ensuring that such resources are properly audited.

As an ad man might say, if FIFA can be both globally minded and clean, it really would be the real thing.