The intense pre-season that has Melbourne City and Metcalfe thriving

After a hellacious pre-season, Melbourne City’s Connor Metcalfe is thriving as a constant presence in the heart of his side’s midfield, and the talented youngster is eyeing opportunities to test himself in the Asian Champions League, Olympics and, perhaps, Europe. 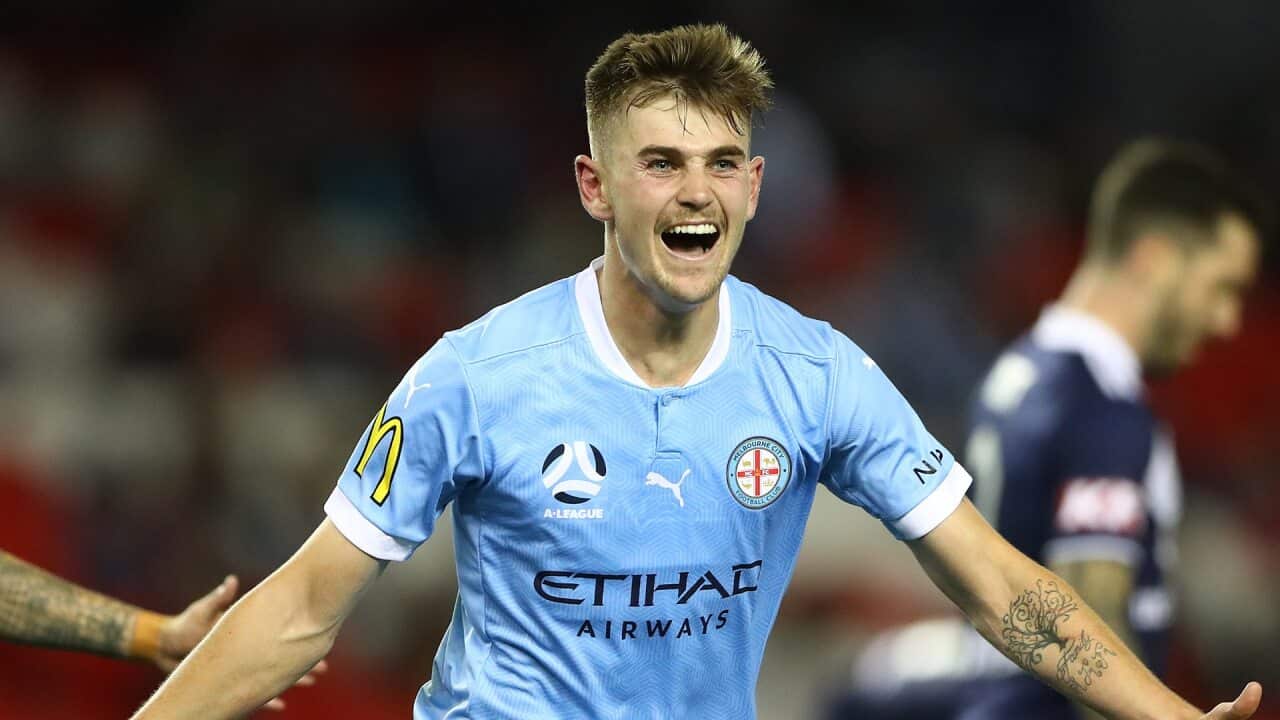 Metcalfe, 21, has logged 899 of a possible 900 minutes available to him thus far 2020-21 and, should he take the field as expected against league-leading Central Coast Mariners on Monday evening, will surpass his previous season-best mark of 918.

Advertisement
This approach was exemplified by Metcalfe’s first goal in City’s 6-0 drubbing of Melbourne VIctory - a thunderous strike inside the near post that was born from a gut-busting run that began in his own half.

“It was a very tough pre-season,” recalled Metcalfe. “A lot of days of just running in the morning, no ball work. We’d run in the morning and then it was in the afternoon that we’d work on the football. It was very tough and not enjoyable at all but it obviously has its rewards and its showing on the pitch.

“One of my goals at the start of the season was to try and play as many minutes as possible, and obviously, the pre-season has helped massively because I’m able to get around the pitch a lot more and I’m feeling physically great.

“I sort of see my role as a box-to-box midfielder. I have to help out defensively but also get in the box and try and score goals. I also need to help out in the build-up play, make forward runs, track back. Box-to-box.”

Part of the Olyroos squad for their two pre-A-League season games against Macarthur FC and Sydney FC, Metcalfe’s strong form on a domestic level has positioned him as a strong challenger for one of the 18 seats on the plane to Tokyo.

And despite all the challenges and concerns surrounding the delivery of the Games in an era of COVID-19, he says that they’re outweighed by the excitement of potentially becoming an Olympian.

“It would be a huge, huge reward and achievement if I got to go to the Olympics,” said Metcalfe. “It’s massive. It’s a worldwide event; so many people watch. It would be huge for young players like us.

“I probably wouldn’t be thinking about [COVID concerns] if I was going to the Olympics.

“I think that opportunity and that thought of ‘wow, I’m going the Olympics’ I probably won’t be thinking about the other stuff.”

Perhaps easing Metcalfe’s concern surrounding the Olympics is that, ostensibly, he and his City teammates will have already travelled to Asia in the months proceeding those games to take part in the Asian Champions League.

Although coach Patrick Kisnorbo has admitted that he’s “not sure” of the timing or location of the games, City has been drawn to face Myanmar side Shan United in preliminary qualifying for this years ACL, with the winner of that contest then set to face Japanese side Cerezo Osaka with a spot in the tournament’s group stage proper on the line.

“I’m pretty pumped for that,” said the City midfielder. “I’d like to hopefully get over there and compare myself to how far off I am compared to them and where I need to get to physically and mentally. Potentially play and get an opportunity over there and actually see if I can compete, personally.”

For the childhood Manchester United fan, strong performances in the ACL and Olympics, combined with continued consistency in the A-League, would hopefully then open the door for him to complete a dream, childhood move to Europe.

“That’s definitely one of my goals,” he said. “I dreamed of that as a kid and if we go over there [to Asia] and I do well it could happen, so who knows?”