The night all of Australia wanted to watch Socceroos make history

Organisers of the 2015 AFC Asian Cup revealed they had to overcome some last-minute formidable challenges to make sure the competition reached a fitting climax at Stadium Australia in Sydney. 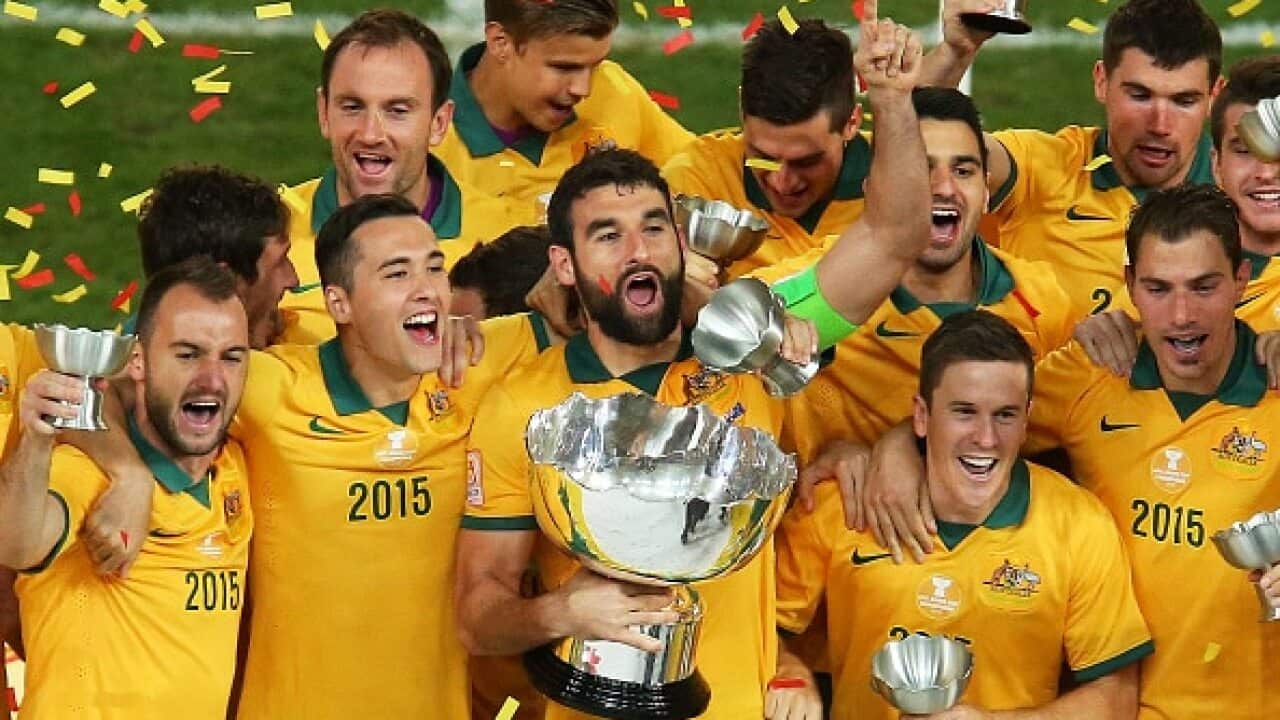 It is two years to the day since Australia won their first major honour when they beat South Korea 2-1 after extra time in the final.

Michael Brown, as chief executive of the Asian Cup, came in for plenty of praise for the way he planned the three-week event that drew 700,000 fans and which has been described as a veritable "festival of football multiculturalism".

But Brown admitted that one particular challenge that came out of the blue was probably one of the stiffest to overcome.

Advertisement
"At the start of the tournament I sent out invitations to all the Federal and State politicians to attend the key Australian matches and the finals but none of them accepted," Brown said.

"I also invited the chief executives of other sports because we wanted to do the right thing.

"But they must have just thought it was going to be a nothing event.

"But by the time the semi-finals and the final came around the competition had become the biggest thing since Ben Hur ... so all the politicians who were initially not interested wanted to come to the games along with their families, friends and kids.

"It was a sign of the incredible way the country embraced the competition and proof of the strength and spirit of the game.

"Australia were doing well so they came from everywhere."

Brown said the high demand for tickets for the final stages of the tournament provided him and his organising team with an unexpected logistical headache.

"We just did not have enough seats," he said.

"As always, however, we found a space for them and we fitted them all in across the network."

Brown also said he would like to know the current whereabouts of the many people who were involved in the tournament behind the scenes.

"There was a groundswell of support for the tournament and the question is: where are they now?" he said.

"I would be very interested to know what Football Federation Australia has done with the 200 ambassadors and all the multicultural people we appointed.

Ange Postecoglou's Socceroos were in Group A and after beating Kuwait and Oman rather comfortably they lost 1-0 to South Korea in Brisbane to finish second.

However the Socceroos hit their straps in the knockout phase.

After beating China 2-0 in Brisbane in the quarter-finals and United Arab Emirates 2-0 in Newcastle in the semi-finals, the Australians were on their way to victory in the final thanks to a first-half goal from Massimo Luongo when South Korea agonisingly drew level with a goal from Son Heung-min in injury time.

The Socceroos regained their focus in extra-time and won the match with a goal from substitute James Troisi after 108 minutes.

Brown is chief executive of the Kardinia Park stadium in Geelong and is associated with the city's bid to be included in a proposed expanded A-League.