The revolution of 1957 and what the FFA can learn today

As we write the FFA is at serious loggerheads with its elite clubs. The clubs, in their financial demands, are so far from what is being offered to them that the impasse threatens to fracture the game. 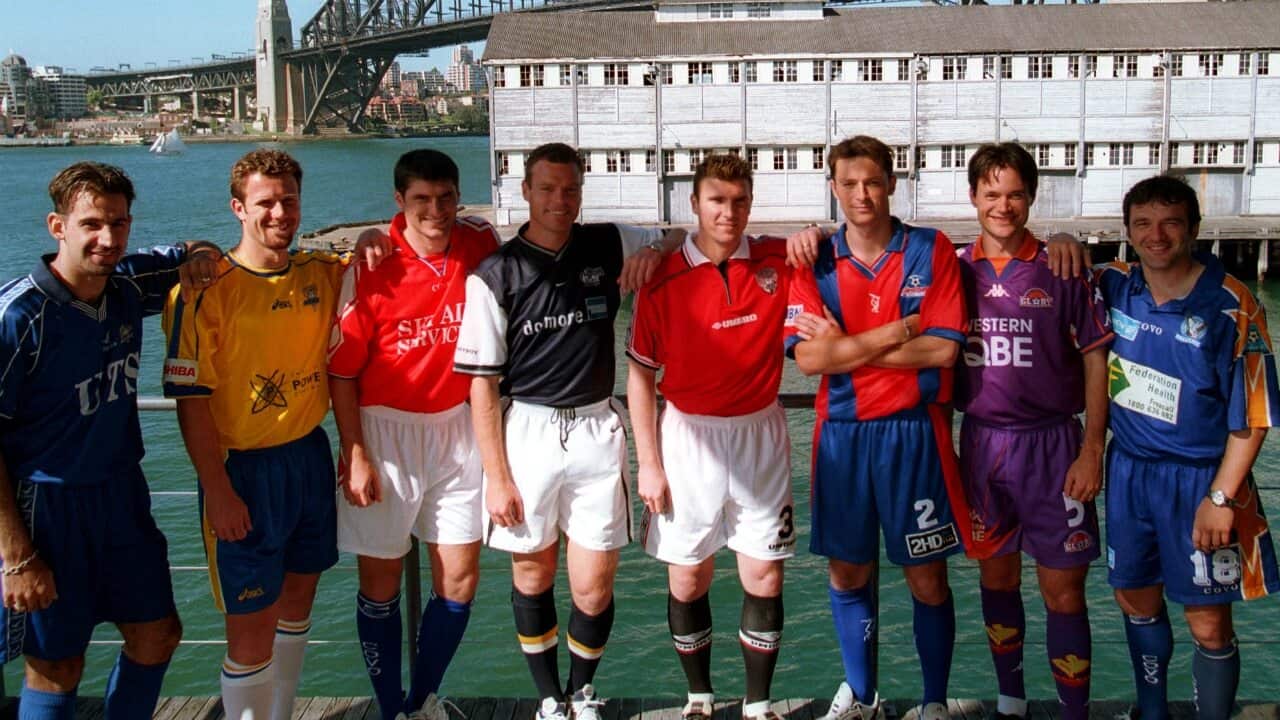 Many have forgotten, and some never even knew, that the same thing happened 60 years ago this year. And it did fracture the game.

In 1957 football's world in Australia was a very different thing. The game was run by the Australian Soccer Football Association (ASFA), an amateur collection of dilettantes in blue blazers. The players were in the most unpaid. The ASFA became a FIFA member only a year earlier, before which it was only affiliated with the world body through its membership of the English FA.

There was no national league, no Socceroos with a World Cup agenda. The game was without professionalism, ambition and vision, a suburban pastime of no national significance, a status the game's governors of the time were content to maintain.

Advertisement
Then came the emergence of the migrant community clubs, the massive effect of the migrant boom which impacted heavily across all of Australian culture including its football.

Soon there would be a major impass between the strongest clubs and the governors, just like now.

The bottom line was that the established order wanted no part of the wogs and wog clubs. Many immigrants who wanted to play football were faced with closed doors when they wanted to join local clubs. They were not wanted, no matter how good they were.

This was one reason, among others, why the migrant communities formed their own clubs.

In the absence of a national competition the most important league in the land  was the NSW first division. It was a division filled with suburban clubs like Canterbury, Auburn, Granville, Corrimal and Gladesville. In 1955 the league was expanded to 12 teams and two migrant community clubs, Prague (Czech) and Sydney Austral (Dutch) were admitted.

But when Hakoah, a Jewish community club, won the second division the following year promotion to them was denied. This despite the fact that the second division, parading a host of migrant community (ethnic) clubs, was buoyant with big crowds and money. The first division, in contrast, was poor and a show for crowds of meagre hundreds.

With that a soccer revolution of seismic proportions was triggered.

In 1957 the president of Hakoah, Walter Sternberg, convened a meeting in his Bellevue Hill home of disgruntled clubs. Among them were local, suburban clubs like Canterbury and Auburn who saw the commercial opportunities being wasted by not embracing the migrant soccer movement.

At the meeting a breakaway governing body, the NSW Federation of Soccer Clubs, was formed. A new first division was launched that year. The breakaway was in train at a cracking pace. Soon all other states followed suit and before long the movement was federated with the founding of the Australian Soccer Federation (ASF). The game in Australia was never the same again.

The old ASFA for all intents and purposes was dead. The only vestige that remained was the ASFA's continued recognition by FIFA.

But the game, under the governance of the ASF, forged ahead. Game attendances were large and boisterous. There was new media space available for football. Quality, high profile players were imported, albeit without the payment of transfer fees which kept the ASF under a FIFA ban for three years.

There were pioneering innovations by football, such as games on Sundays and games at night under floodlights, neither of which were heard of in any sport before soccer's new era came along. The Socceroos were launched in 1965 with an Australian tilt at the World Cup for the first time. Eight years further on Australia qualified for the World Cup.

And 20 years after the 1957 breakaway the NSL was launched - Australia's first national league of any football code or any sport. One of its instigators was Frank Lowy. His son Steven, current chairman of the FFA, was 14 years old.

This was the era of the so-called ethnic clubs, when control of the game rested in the hands of immigrants. Cynics of the time referred to the 1957 breakaway as 'the day the wogs hijacked the game'.

In fact the reality was nothing of the kind. The game was not hijacked by wogs but taken over by people who actually cared for the game and harboured bold ambitions for it.

I spent much time being amongst the people who administered football and its clubs between 1957 and the ultimate demise of the NSL in 2003. Most of them worked hard, for no salary or financial reward. For decades the ASF head office had two full time employees, the CEO and a secretary.

All these people, most of them immigrants, had one over-riding mission: to make football accepted and popular among all Australians. For this effort they were labelled, as Johnny Warren recalled, sheilas, wogs and poofters.

Yet their legacy is golden and one we should all cherish. As I have said in this space before, there would be no new football without old soccer which was kept alive and breathing mostly by immigrants. That was the measure of the 1957 breakaway's long term impact.

In seriousness one has to doubt that the current standoff between the FFA and its elite clubs will lead to anything like what happened 60 years ago. But, if anything, 1957 showed how much power the clubs can wield if they decide to use it.

The FFA would be well advised to note that when they put their minds to it, the clubs can do a variety of damage.