The sleeping giant has woken 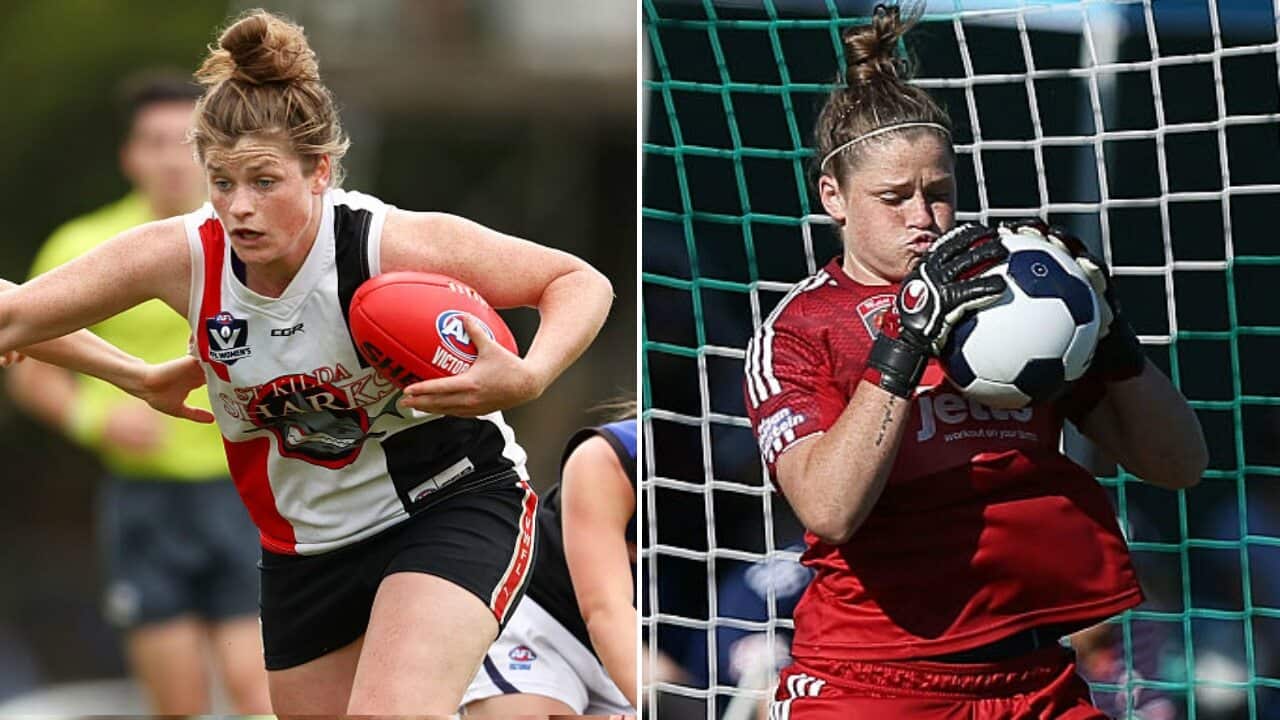 Football codes claiming that their form of the game is better. It’s definitely a thing.

We (the round ball code) have always seen our game as superior to the AFL and the Rugby League (the oval ball codes) because we play a game that is ultimately played all around the world. ‘The World Game’.

We flaunt it like the whole world is giving us a slap on the back each and every time we say: “But you can’t play Aussie Rules anywhere else in the world”.

Female football has been growing at a blistering pace. The W-League has grown year upon year with the players getting fitter, faster and technically better.

The Matildas hit an all time high of No. 5 in the world rankings earlier in 2016. They now sit at No. 6 - which is amazing. It also means that our code has fallen into a false sense of security.

We just assumed our girls would choose our code because of the lure of the world game across the globe. Yeah, that would work… if only you didn’t live in the best country in the world.

Now the sleeping giant has woken.

In June 2016, the AFL announced its Inaugural women’s league to start in 2017 with eight teams being named foundation clubs.

Clubs fought tooth and nail to be a part of the prestigious eight. Some clubs voicing how disappointed they were after missing out.  All while A-League teams are being MADE (well some are) to look after their female counterparts.

In my last piece I wrote about the Melbourne City training facility for their W–League team and I pretty much said they were the best in the country. Which is correct if you're only talking about all the A–League teams.

The truth is, Carlton Football Club is the team who can boast the best facilities in the country for their women.

A friend of mine who has played for the Matildas went to both the City Group and The Carlton facility launches. She found that whilst City was impressive it was the Carlton Football Club that stood out.

Most impressive was the recovery area just for the female side of the club, so no need to share ice baths. Which may seem like nothing, but when you are an insecure young female who barely shows skin in front of teammates, can you imagine in front of a whole club?

Whilst you will hear many athletes tell you it's not about the money - it IS about the money. Because you need money to buy food, pay rent, petrol, footy boots, insurance… you catch my drift.

You cannot bypass the fact that having a professional contract, albeit for six weeks, will afford these athletes the time to solely focus on their AFL.

Yes, the money also means that the female athletes who have kicked a footy in the back yard or at school since they were little tackers with their friends are starting to think that the years spent plying their trade in a different sport might just be beneficial in a switch of code to reap the rewards.

Jenna McCormick, recently drafted into the AFL for Adelaide Crows, also plays for Canberra United in W-League and just recently returned from Iceland with a Championship under her belt.

Ellie Brush has signed for AFL side the Western Sydney Giants after returning from another stellar season in Houston playing for the Dash and who is now Captaining Canberra United.

Brianna Davey was the number one draft pick for Carlton and will be donning the distinguished Number 1 jersey after she returned to the AFL late in 2015. I say returned because we (the round ball code) stole her in the first place. Brianna is an amazing athlete and could probably play any number of sports and do well.

The list is actually endless with many soccer players throwing a hand at AFL again. Other sporting codes are not immune either with basketball’s Jessica Bibby and Erin Phillips crossing over.

Whilst many of the teams are made up of current AFL players, the talent pool just isn’t big enough to cover all teams.... for now.

The saving grace for many codes is that the AFL has opted for a very, very short season of just six weeks.

Players can play both sports without too much interference. Barring injury, they can successfully navigate both.

This means a fair warning for other associations to lift their game in their own respective rights to ensure they keep their players’ eyes on their own green grass rather than peer over into the AFL’s lush green pastures.