The World Cup was an entertaining distraction, but Australian football remains one misstep away from crisis. Football Federation Australia executives return to Australia with much work to do. 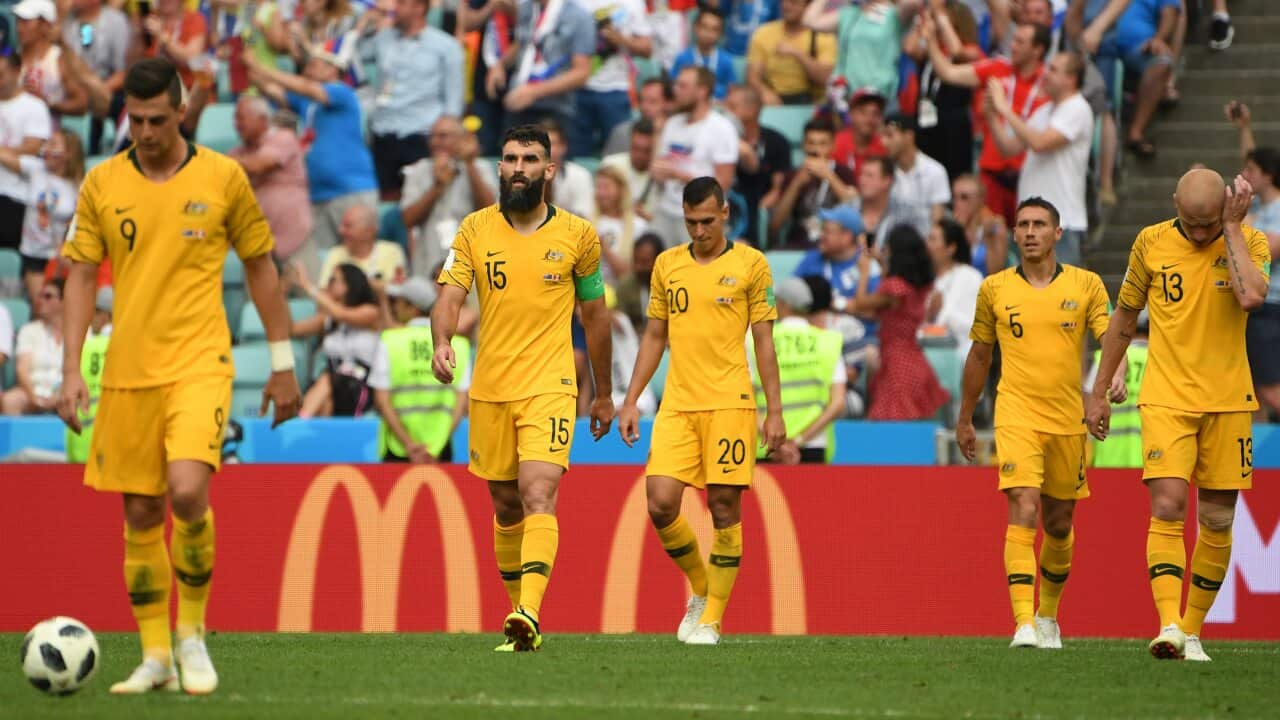 Before Australia’s clash with Peru on Tuesday, Frank and Steven Lowy spoke with the players.

It remains unknown what the father and son duo – so instrumental in building and now running Australian football’s modern administration – said to the 23 Socceroos.

But they should have at least said thank you.

Advertisement
Australia’s qualification for Russia and subsequent appearance at the World Cup has kept attention firmly on the pitch.

The interest of fans and the media has been focused on whether Tim Cahill will start or how Daniel Arzani will sparkle next.

Interest in off-field governance issues – limited at the best of times – has receded into the distance.

But while the Socceroos’ participation at the World Cup may have precipitated a temporary truce in the civil war raging at the heart of Australian football, this ceasefire is unlikely to hold.

An eight-person panel was established to review the many items of dispute between the Football Federation Australia (FFA) and other stakeholders.

Increasingly agitated A-League clubs continue to press every advantage, while the state federations – once FFA loyalists – are wavering.

The prospect of major, FIFA-demanded reform remains a possibility.

Internal plans for an orderly further expansion of the domestic A-League are also beset by uncertainty.

A deadline set by the FFA to announce their shortlist of potential teams has lapsed.

Fifteen bids have expressed interest, from across five states and the Australian Capital Territory. But the FFA is silent.

All of which suggests that the Lowy family and FFA CEO David Gallop will have more than a few headaches when they return to Sydney shortly on Lowry senior’s private jet.

For the Socceroos, meanwhile, incoming coach Graham Arnold has just six months to prepare his team for their Asian Cup title defence in the United Arab Emirates.

Defensive rock Mark Milligan is said to be actively considering international retirement, while Tim Cahill lacks a club for the 2018/19 season and may well step down after an illustrious career.

Captain Mile Jedinak, at 33, is also no certainty to still be with the team for their first clash in Al Ain in early January.

Former Sydney FC manager Arnold must develop his own vision after the Ange Postecoglou/Bert van Marwijk schizophrenia of the past year.

During the World Cup, van Marwijk suggested it is nearly impossible for players to effectively alternate between multiple systems in quick succession.

The Socceroos have already gone from Postecoglou’s expansive, three-at-the-back approach to a pragmatic, compact system.

The players will now have just a handful of friendlies between now and January to incorporate Arnold’s preferred style.

To some, Australia’s ultimate failure to perform in Russia is traceable to the manifold difficulties plaguing the FFA.

To take just one example: the FFA Centre of Excellence, a residential programme at the Australian Institute of Sport, was recently closed.

The Centre of Excellence’s alumni list is a veritable who’s who of Australia of the nation’s best and brightest alumni, including Ned Zelic, Mark Viduka, Lucas Neill and Luke Wilkshire.

But investment in the Centre has waned, and in April 2017 the FFA decided that change was needed and scrapped the program entirely.

A comprehensive plan for improving an alternative model remains absent.

On that issue and many others, the FFA has received vocal criticism.

Calls for a complete overhaul of the game’s domestic governing body are beginning to surface.

The World Cup has therefore been a welcome distraction.

But following the loss to Peru, Australian football returns to a troubled reality.

Russian writer Leo Tolstoy once wrote: “All happy families resemble one another, each unhappy family is unhappy in its own way.”

But the unhappy family is back.