The talented Aussie teen who could be lost to England

Talented Australian teen goalkeeper Liam Driscoll could be the latest to be lost to the green and gold, earning a callup to the England Under-19 and Under-20 training camp after being overlooked by Australia. 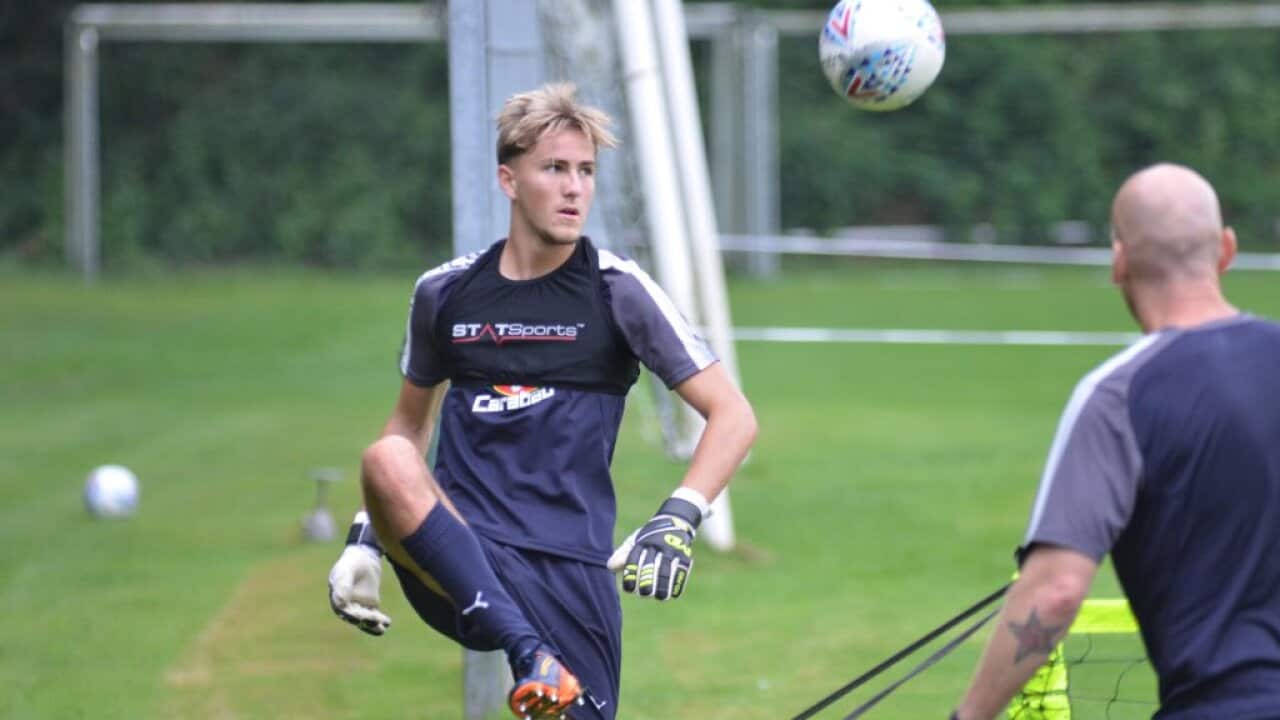 Driscoll, who was born and raised in Perth, signed his first professional contract in July with Reading FC.

The 18-year-old, who has been on loan at Isthmian League Premier Division club Staines Town this season, has caught the eye of England coaches earning selection to a youth camp.

Driscoll, who holds a British passport through his parents, told The World Game he has never been approached to represent Australia so is overjoyed to be invited to the England camp.

Advertisement
England are currently thriving at youth level having this year alone won the FIFA Under-20 World, the FIFA Under-17 World Cup and the UEFA Under-19 Championships.

“When I first heard about it I was over the moon, it felt like the hard work I’ve been putting in the last two and a half years is starting to pay off,” the keeper said.

“[At first] I couldn’t believe it, but obviously it’s sunk in now and I can’t wait for it to get started.”

Despite being an Australian, the fact he has never been selected for the Joeys or Young Socceroos, leaves him with no hesitation about linking up with England instead.

“I’ve never been apart of the Australian system so that doesn’t bother me at all,” he admitted.

“If anything it makes me feel very good as I never heard anything serious from Australia about being involved with them, so it's good to have some interest from England.”

Driscoll joined the Reading FC academy in 2015 after coming through the ranks in Western Australia at clubs Balcatta FC, ECU Joondalup and Bayswater City.

The 194cm tall shot-stopper said his development has benefitted greatly from his loan spell with Staines Town.

“The first month or two were quite tough as I didn’t know what was happening with me, as a loan wasn’t sorted,” he said.

“But in September I got a loan move to the non-league seventh tier and I have been playing twice a week since then, which is everything I need, and I have been performing consistently well. As of now this season has been going very well and hopefully continues this way.

“I was actually very surprised with the standard. Obviously not being on loan before, I had no idea what to expect, but it’s a very good standard and the team are pushing to finish in the playoffs to hopefully gain promotion to the Conference South.

“It’s good to get this experience playing against men because the demand on you is a lot higher and you can’t afford to not be consistent.”

Driscoll does not have to commit to one country until senior level but is looking to impress in the England set-up.

“It would always be wise to keep your options open, however at this point of time I am focused on doing well at the England training camp and hopefully squad selection,” he said.

“There have been no signs of Australian selection at this point of time, so I want to concentrate of on doing well for the England coaches who have provided me with this opportunity.”