The Uncapped XI: Australia’s best of the rest

Since Ange Postecoglou took hold of the Socceroos just over three years ago, he’s shown a big penchant for experimenting with new faces. 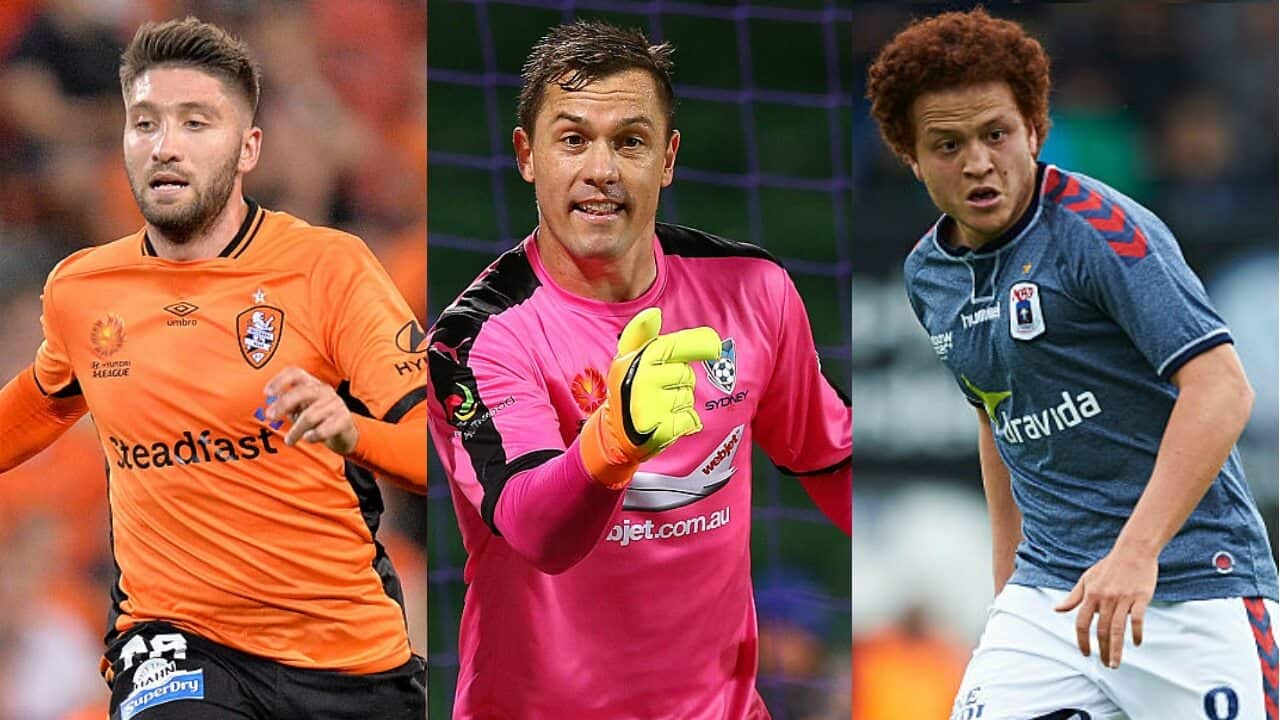 However, with the Confederations Cup still six months away and the World Cup some 18 months away, there’s still plenty of time for new faces to force their way into the boss’s squad – as many did for the 2014 World Cup and the 2015 Asian Cup.

With 2017 now here, it could mark the year several players will be looking for a fresh start, not least in terms of the green and gold. This shapes as the period where players keen to play in Russia need to make their move.

The list of players below provides a mix of old and new – predominantly the latter – and looks to involve players who are both fresh on the scene and those of an established pedigree.

Advertisement
The qualification criteria was simple: any capped players, even for friendlies, were ineligible. However, those who were called up to the squad (or even sat on the bench) but did not receive game time remained eligible.

Vukovic is an automatic starter for this position. Exactly how he hasn’t cracked the national team is a mystery, given how long he’s been around for and how well he’s played at every club he’s been at (Melbourne Victory aside). His form this season at Sydney FC has been nothing short of outstanding and he’s coming into his absolute prime as a goalkeeper. A genuine alternative to Mitch Langerak and Eugene Galekovic as Mat Ryan’s deputy? Absolutely.

Undoubtedly better as a centre-half, Jurman reprises his old left-back role to fit in here. Postecoglou loves versatility in his players, and with Matt Spiranovic and Trent Sainsbury comfortably ensconced as the first choice central defensive pairing, Jurman is a good back-up for both while offering something on the left. His rise to the top of the A-League should hand him a move abroad or an international call-up this year. Probably both.

Jovanovic remains the mystery man of Australian football to all but a few close observers. At 196 centimetres, he offers a towering presence in defence and almost a decade of experience in Serbia, Korea, Thailand and China, so there’s not much out there that will surprise him. It’s still not clear why he hasn’t been called up, although he’s been on Ange Postecoglou’s radar for several years. His luck might be about to change.

A regular starter for Sparta Rotterdam, the national team selectors will be monitoring his progress alongside Craig Goodwin. Now a regular in the Eredivisie, it won’t be long before Dougall starts generating plenty of attention back home. Australia is already well-stocked in this position but if he keeps performing well, Postecoglou will be keen to take a look. With Thomas Deng and Jonathan Aspropotamitis even younger options, it’s a solid production line.

One of the tougher positions to make a selection on. McGowan isn’t a natural right-back but has played there in the past, so technically qualifies. Was key in winning the championship last season, which showed what he can do in a stable defence - although this hasn’t been a good season for his club. Jack Hingert, Osama Malik or the in-form Rhyan Grant will all have their supporters. Indeed, this remains a real problem area for the Socceroos.

Loaded with obvious potential, O’Neill is turning into a player of the highest quality at Sydney FC. He has the right attitude and temperament to go all the way – possibly even to Europe or a top Asian league. A calm, composed ball-player who puts team success before his own, O’Neill would be a perfect fit for the Socceroos. Graham Arnold is improving him each month.

It will surprise plenty of people that Brattan is on this list – he seems to have been around the mark of the national team for some time. He was a replacement for Mile Jedinak for the game against Bangladesh in 2015, and then again made the squad against Thailand two months ago, making him very nearly ineligible here. Has played under Postecoglou at Brisbane Roar, so the manager knows his game inside out. Won’t be on this list much longer.

Amini announced himself on the A-League stage six years ago as a player of enormous talent – and how he hasn’t found himself on the international stage is as big a mystery as Brattan and Vukovic. At least he’s now playing regularly in a good league, at a good club, which is all Postecoglou tends to ask from his players. So far this season, his four goals in 21 games is his best return for years. We’ve had to wait, but his time is arriving.

Awer Mabil didn’t do anything wrong – but Kamau just did everything right. Having replaced Mabil at Adelaide, Kamau didn’t follow Mabil’s path to Europe but instead took a detour via Melbourne City. It looks an inspired choice, with Kamau improving again after his booming arrival last season. Three years at Borussia Mönchengladbach will have greatly improved Kwame Yeboah, too.

After playing centrally at Perth, De Silva has been given time on the left at Roda JC, which may help his overall development. Like Amini, injury has stifled his progress at various stages, and given he’s still a teenager, it’s not a huge surprise he hasn’t been called up to the senior national team as yet. Postecoglou – rightfully – wants players to demand their spot on form, rather than potential or reputation. De Silva’s challenge is to make good on the exciting package within.

Until recently, Jamie Maclaren had a mortgage on this particular role. But now that he’s finally been selected, it’s his teammate Borello who looms as the next most likely. He’s certainly shown enough to be considered a future international, but probably won’t work his way into calculations for a while yet. Needs to find regular scoring form at Brisbane and make his claims impossible to ignore. Working with John Aloisi will only make him better, however.

Awer Mabil, 21, Esbjerg fB (Winger-forward): A blazing talent with bundles of excitement, but still incredibly raw. Moving to Europe will have assisted with that.

Thomas Deng, 19, Jong PSV (Central defender) – It will be interesting to see how much his game develops spending time on loan with PSV’s reserve team. Expect him to come back a more rounded player, with Victory teammates James Donachie and Nick Ansell also keen to make an international impact.

Bradden Inman, 25, Peterborough United (Central midfielder) – Is coming back from a broken leg but prior to that was an unused substitute against England. Steven Ugarkovic is another making a name for himself while Rostyn Griffiths, at 28, would still love just one go at the international arena.

Cameron Burgess, 21, Oldham Athletic (Left-back, centre-half) – Still on the books at Fulham, who hold him in high regard. Versatility a major asset for him going forward.

Stefan Mauk, 21, NEC Nijmegen (Winger-midfielder) – Made a huge impression in his past two A-League seasons and could easily play in any of the roles in midfield or attack. Called up to the Socceroos squad – without playing – for the match against England.