The 'unimaginable' barriers faced by the Iranian women's football team

The trials and tribulations faced by the Iranian women's football will be the focus of a new SBS Podcast that explores the challenges facing the Women's game in Asia. 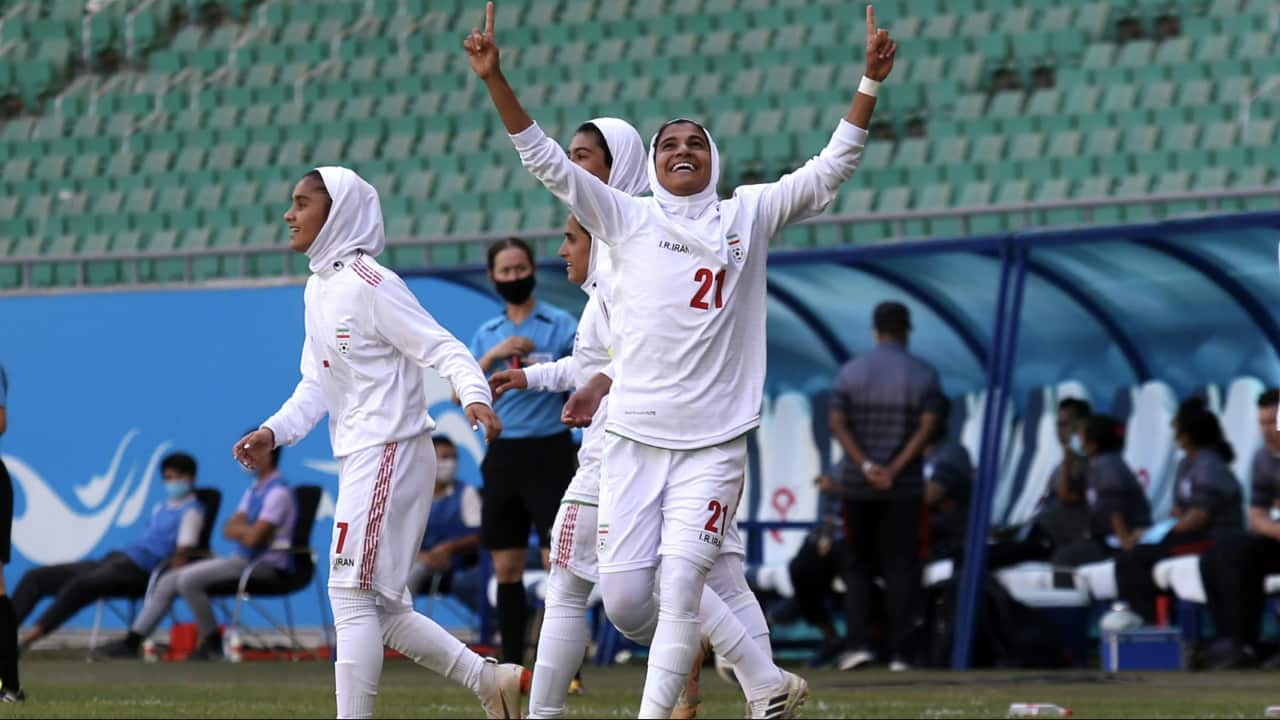 Hosted by SBS Japanese's Yumi Oba, the first episode of the four-part series,
'Moving Goalposts - Beyond Barriers'
tackles the gap in the progression of women's football in Asia as the 2022 Asian Cup kicks off in India, and looks at the raft of challenges still facing the sport in the world's biggest continent.

And one team participating in the tournament for just the first time, Iran, have faced more of such challenges than most.

Despite the first women's football team being established in 1970, the Iranian revolution of 1979 brought a swift end to the team as it was unable to develop in the country until 2005 when it was re-established.

Advertisement
Finally able to compete again after such a lengthy hiatus, the team enjoyed great results in the years that followed, finishing second at the 2005, 2007 and 2011 editions of the West Asian Football Federation Women's Championship.

Then, in 2011 the side was banned by FIFA from participating in any international competition due to their players wearing hijabs, limiting their growth once again as they were unable to follow through with their bid to participate in the 2012 London Olympics. The ban was lifted a year later, but the team did not reform again until 2020.

While they have been able to play since then and have done well considering the circumstances, these pitfalls have remained as a hindrance for Iran's recognition amongst the broader footballing world in Asia as their preparation for the Asian Cup was seriously affected.

Despite reaching out to 14 countries, the team was unable to organise a single friendly match in the lead up to the tournament, as they were not included on the most recent FIFA world rankings, a crushing blow for a side trying for the best possible preparation for such a crucial event.

In addition to the players on the team, female spectators in Iran have been restricted from entering stadiums to watch games since the revolution, adding further trials to the growth of the women's game.

3,000 women were able to buy tickets and watch a match from a special section of a stadium in Tehran in 2019, but since then there has been no lasting change.

The Iranian women's side played their first ever Asian Cup match against India on Friday (AEDT) in a 0-0 draw, before an unfortunate 7-0 loss to China in their second group game.

Their next match is against Chinese Taipei on Thursday morning (AEDT).