The unknown Israeli upstaging Oscar and Tevez in China

Oscar traded life in the English Premier League for Shanghai SIPG in an Asian record transfer deal of 60 million euros (A$90 million) while Tevez secured a reported salary of $775,000 US (A$966,000) per week for one final fling with Shanghai Shenhua. 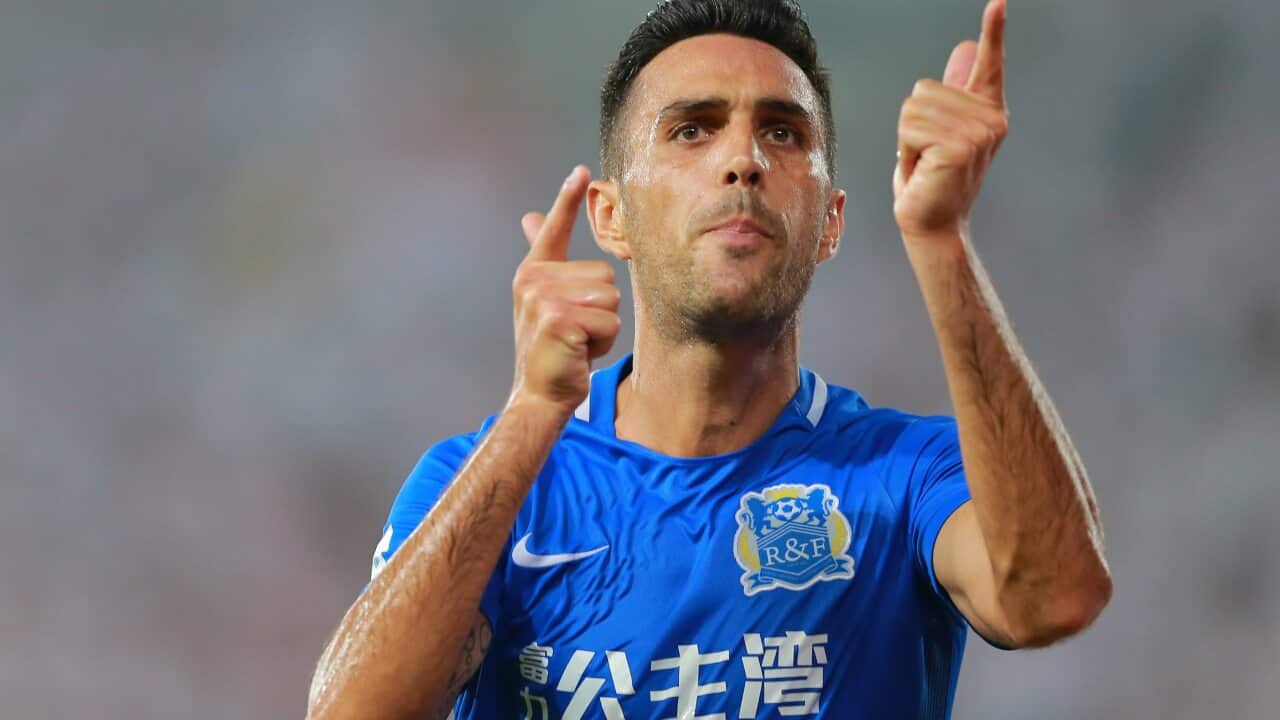 But for all the millions lavished on the high-profile South American duo, it is Eran Zahavi, Guangzhou R&F's $8 million US (A$10 million) capture from Maccabi Tel Aviv, who represents the best value for money with 25 goals in 25 league games.

"When I decided to bring him to Guangzhou, it was a little bit of a surprise for everybody but the crucial point was that I spoke face-to-face with the boss and I am very happy that I convinced him to do this," coach Dragan Stojkovic said.

"The surprise is that no one knew him. He was not a big name regarding international football but I knew exactly what I needed from my team and for my style of play and that was a really good point.

Advertisement
"Today, Zahavi feels good, he plays a very important role and definitely he is a natural killer of goalkeepers. He's really always in the positions where he can be very, very productive."

This season has been challenge for many of the big names drawn to the CSL. Oscar served an eight-game ban after instigating a brawl while an injured Tevez has made noises about returning to Argentina.

Zahavi, however, has enjoyed a seamless transition to Chinese football and his tally of 25 league goals has him five clear of nearest challenger Ricardo Goulart of Guangzhou Evergrande.

The Israeli has also scored another four in the Chinese FA Cup.

Zahavi's form, however, is merely a continuation of his prolific record in Israeli football, where he broke the league's single-season scoring record prior to moving to China.

"His performance regarding goals is absolutely fantastic," said Stojkovic.

"It's been unbelievable. He's a player who is very, very professional and very confident but I think he likes very much our style of football and that's why he's always in good shape. So I'm very happy for him."

Zahavi's goalscoring run is sure to have alerted deeper pocketed clubs in the China and beyond to his talents, but Stojkovic is hopeful he can retain the former Palermo man's services for next season.

"In football, things change every day," said Stojkovic. "I hope he will stay and he has a contract with us and he's happy, but nobody knows what can happen tomorrow.

"If something comes as a really interesting offer, or something like that, then we have to sit at the table and make sure of what we really want.

"At this moment, personally I don't think too much about that because we still have games to play and we will see at the end of the season what happens.

"But I hope he will stay with us."