You don’t need any extra euphemisms to build this one up - it does it all by itself. What an incredible climax Sunday morning’s UEFA Champions League final in Cardiff promises to be. 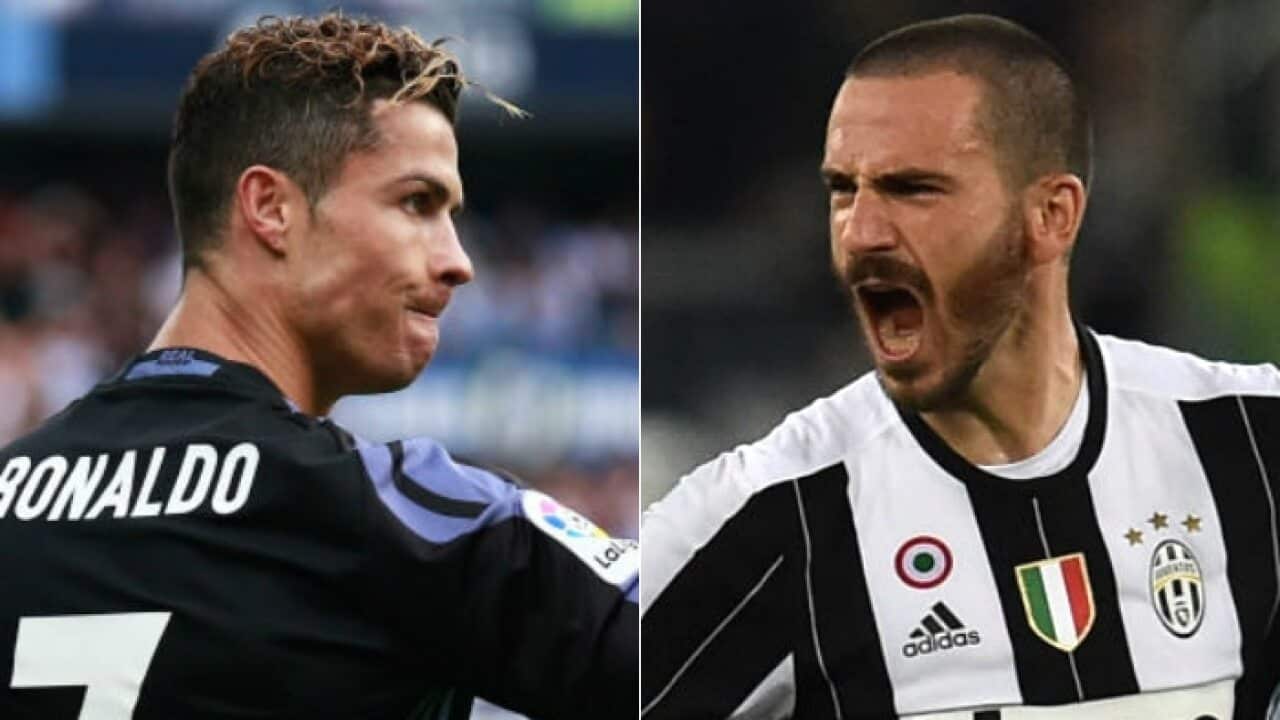 Make sure you’re tucked up in bed early on Saturday night because it will be all worth it when it two of Europe’s biggest teams clash in a true battle royale.

SBS’s television coverage begins LIVE from 4:15am, but you can also catch it online and on the TWG app.

Down to business then. Let’s try to sum the contest up as succinctly as possible: the world’s best team, Real Madrid, is about to come face-to-face with Juventus, the indomitable black-and-white striped machine.

Advertisement
Perhaps it’s just me, but it feels strange to think that one of the world’s all-time great players, Zinedine Zidane, is still considered by many to be on his training wheels as a manager – despite bringing Real Madrid to last year’s Champions League title, this final and claiming the 2016-17 La Liga title in fine style.

Ex-Liverpool star Jamie Carragher probably put it best for the Daily Mail this week: “He has barely put a foot wrong since winning his first match 5-0 against Deportivo La Coruna in January 2016, improving a squad that was floundering behind Barcelona and Atletico Madrid to the polished unit you will see against Juventus. Remember: this is the same team [Rafael] Benitez had.” Touche.

But at Juve, since taking over from Antonio Conte, Massimilano Allegri has been a beacon of prowess from the sidelines, manipulating his tactics to perfection and creating a defensive strategy that is among the world’s best.

Allegri may not have the profile of others but his nous in the dugout is every bit as good as the game’s elite. The organisation of this team – especially without the ball – is to die for.

And in this particular fixture, they’ll have to be exceptionally good at living without the ball.

Whatever the tactical setup of Allegri, Toni Kroos won’t be worried. The same can be said for Real’s other legendary midfielder, Luka Modric. Combined, they appear almost impossible to curtail over the 90 minutes.

This is no reflection on Juve’s Sami Khedira and Miralem Pjanic, but it does indicate that if there is a serious class gap anywhere on the field in this match, look at the engine room first.

While a front third that contains Gonzalo Higuain, Paulo Dybala and Mario Mandzukic makes Juventus a frightening prospect for any defence, the fact is that Real still possess one of the world’s top five players of all time in their attack.

Cristiano Ronaldo has proven himself the difference more often than not and while some have noted he’s slowed down just a fraction in recent months, he remains the world’s most effective poacher around goal.

Isco is an elegant, playmaking dynamo while Karim Benzema will be sure to clean up whatever Ronaldo doesn’t take for himself.

Unsurprisingly, defence is a clear win for the Italians. Goalkeeper Gianluigi Buffon has been in the form of his career, while Leonardo Bonucci, Andrea Barzagli and Giorgio Chiellini have been as omnipresent as their collective moniker ("BBC").

So, can they use their brilliance at the back to frustrate and break-down Ronaldo and friends? It’s not easy, but it can be done.

It might require the adventurous wing-back Dani Alves to curb his attacking instincts and really clog the space.

It can't go unrecognised that Juventus have beaten Real Madrid (two seasons ago) and Barcelona (this season) in the past 48 months.

This proves quite a lot in the relevant time-frame – it certainly indicates that the Italians aren't scared of anyone.

However, Juventus haven’t won the Champions League since 1996 and that is a significant drought that can’t be ignored.

Juventus might have some individual match form to lean on but Real’s record in this competition is unbelievable.

Indeed, you have to go back to 1980-81 to find the last European Cup final they lost.

On the face of it, that winning strike in the big finals looks set to continue for another year at least.