It might all have been over for Socceroos legend Mark Viduka before it had even really begun. 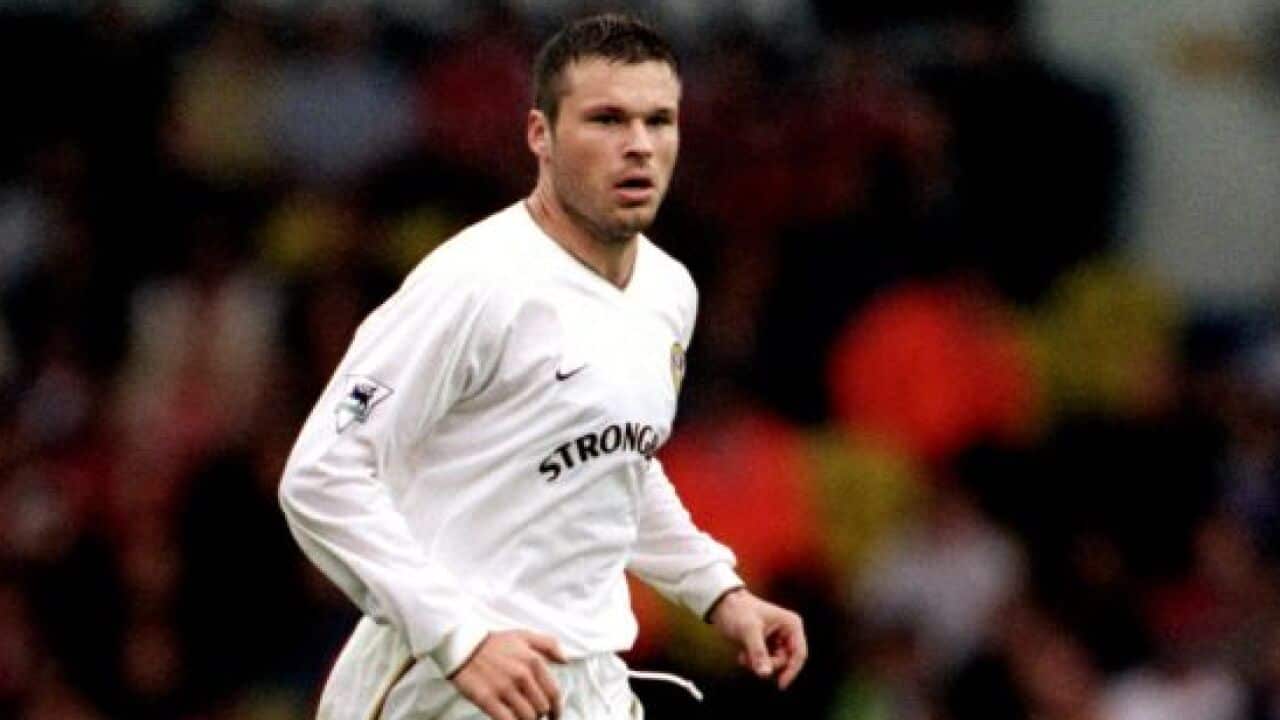 No 92 goals in 240 Premier League appearances, no 43 Australia caps, no captaincy at the 2006 FIFA World Cup, no four-goal tallies for Leeds against Liverpool, no UEFA Champions League semi-final. Zilch, zero, null, niente.

Back in 1995, Australia's greatest ever striker was at the tender age of 19 already a senior international, a Young Socceroo and an Olyroo.

He was the teenage darling of Melbourne Knights fans and seemingly destined to fulfill his boundless potential.

Advertisement
That was until at an Olyroos training camp in Perth, under the auspices of the late and lamented Eddie Thomson, the hulking striker broke down with a mystery injury which all but broke his spirit, and left him wondering if he'd ever play again.

It was the biggest scare of a spell-binding career which ultimately saw Viduka - a shrinking violet from the intrusions of the media for most of his football life - prematurely retire at the age of 33 in 2009 under the dual onslaught of back and achillles injuries.

Viduka's mentor from his days as an outrageously gifted graduate at the Australian Institute of Sport, Ron Smith, takes up the tale.

"I got a call from Eddie one night from Perth, where he was preparing to take an Olympic squad overseas," recounts Smith, who went on to become a member of the Socceroos' technical staff and to coach Perth Glory.

"He said: 'Smudger, Viduka's stuffed, he can't walk, let alone run. I can't take him on the tour.

"I asked what was wrong with him, and he replied: 'I don't know, he's got groin pain, he's got pain everywhere. Can you help sort him out'?"

Viduka, now 41, and Smith, now 68, had forged a deep bond during the rookie's nearly two years in Canberra working under the English coach.

So highly did Viduka rate Smith that he famously nominated him as his personal pick for Socceroos coach during the dying emburs of Frank Farina's reign back in 2005.

"I told Eddie to get him on a flight and I organised for the head of sports science and medicine at the AIS, Peter Fricker, to look after him," continued Smith.

Whatever it was, in the mind of Viduka - a player whose emotions were often as confounding and intangible as his mazy footwork - he was in deep trouble.

He was mortified at suffering a blow he thought would torpedo his football future.

"Osteitis pubis was exactly what Mark had, and he had it pretty bad," Smith said.

"Six weeks later, after receiving treatment three times a day, every day of the week, he couldn't jog for more than five minutes.

"He said to me: 'I think my career has gone. I actually think I'm finished'.

"He was really down, and was convinced it really was all over for him.

"It was a pretty desperate situation. But we told him to be patient and have faith. The last thing any of us wanted to think about was his career being crocked before it had even got going.

"It took many months before he could even consider getting back into serious training. It was a big lesson for him."

Ironically, during Viduka's time at the AIS, players were routinely screened for osteitis pubis, and Viduka, then 16, had been randomly singled out as at high risk due to inadequate hip rotation.

He embarked on a rigorous stretching and maintenance routine at the behest of the AIS medics, only to ditch it when he broke through for his boyhood club the Knights, mainly because of the merciless Micky taking from teammates.

"He never had a problem at the AIS, was always fit and never missed training," Smith said.

"When I asked him about this, he said: 'to be honest with you, I used to do all my own stretching (at the Knights) but the players took the piss out of me and I stopped doing it. They said you don't have to do all that rubbish'.

"And, unfortunately, a couple of years later Mark paid the price for it.

"That could have killed his career, but fortunately he was able to put it behind him, after a huge amount of treatment and hard work."

Another AIS product, Josip Simunic, marked former Knights teammate Viduka playing for Croatia, the land of their lineage, against Australia at the 2006 World Cup.

He, too, was found to be physically fallible by the screening scrutiny at the AIS, and as a consequence switched from striker to defender to give himself a professional career.

"We talk a lot about testing and profiling people in a physical sense to see how suitable they are," Smith said.

"In Joe's case, we moved him from an attacking midfield player to centre-back because aerobically he just wasn't very good.

"He didn't reach the benchmarks required for a midfielder ... he had looked destined to be a great goalscorer and a number 10. He was brilliant.

"But when he got knocked back by Ajax, I said to him 'they don't know what we know'.

"They would've thought he wasn't interested and was just ambling around the park. They wouldn't have known that he was actually working at his maximum.

"A lot of coaches would have just told him he was a lazy so-and-so and told him to get to himself fit."

It was then that Smith put Simunic's attributes and his elongated frame to use at the back, where recovery times are greater.

The result was a 14-year Bundesliga career and 101 caps for Croatia.

"It was all about him learning defending and managing risks," Smith said.

"He used to nutmeg people inside his penalty area and I told him he had to stop that or he'd send coaches gray.

"About four months ago we were having lunch together and I asked if he remembered what I told him about the nutmegs.

"He replied: 'Of course Ron, but, to be honest, I never nutmegged anybody unless we had a two-goal lead'!"