Aaron Mooy has already “exceeded expectations” but has the capacity to “go to another level” in the Premier League, according to legendary Socceroo Mark Schwarzer. 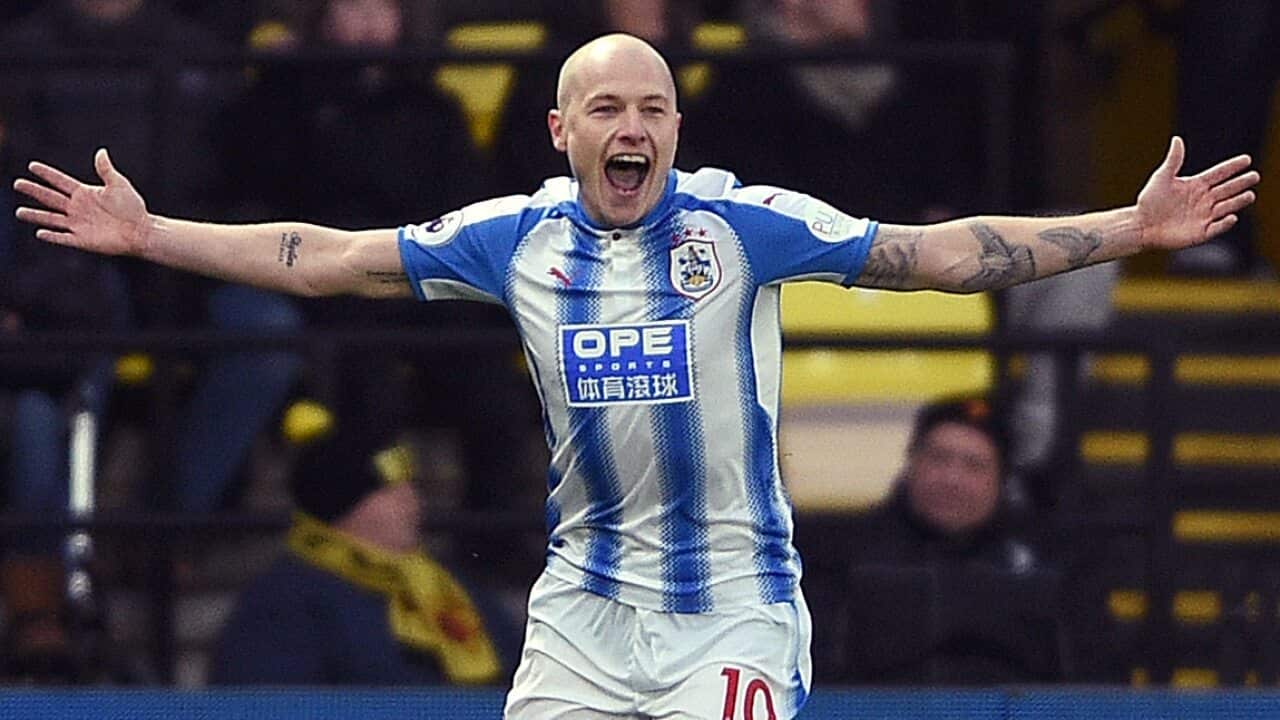 Aaron Mooy celebrates after netting the first of his two goals at Watford Source: AAP

With 524 EPL appearances to his name, the goalkeeper turned TV and radio pundit, knows what’s required to excel at England’s elite level.

And after closely monitoring the progress of the Australia and Huddersfield player, he believes there is much more to come from the 27-year-old.

Having racked up 22 appearances and four goals, Mooy has fully justified the club record fee the Terriers paid Manchester City for him - the reward for steering them to promotion while on loan in 2016-2017.

Advertisement
And the Terriers will need Mooy at his mercurial best as they bid to halt a recent slide which has seen David Wagner’s men slip to within four points of the relegation zone.

“He’s Huddersfield’s playmaker and has scored quite a few vital goals for them as well this season,” said Schwarzer.

“He’s at a fantastic age and nothing seems to faze him. He’s got experience on his side but also enough youth to have time to still grow and to progress and develop into an even better payer.

“He’s already exceeded all expectations in adapting to the Premier League and he can achieve even more and go to another level.

“Huddersfield have their work cut out to try and stay in the premier League and Aaron’s a vital factor in them succeeding in that aim.

“He’s the perfect fit for how they play and is David Wagner’s main man in his position.

“He’s evolving and learning  all the time.”

Despite heaping plaudits on Mooy, the former Middlesbrough, Fulham, Chelsea and Leicester gloveman doesn’t believe he’s ready for a top six team - yet.

“I don’t I think he’s quite there right at this moment, that’s why Manchester City let him go,” he added.

“He’s not at that level just yet but his improvement rate has been exceptional, who’s to say he can’t continue to progress and get even better.”

Schwarzer foresees the World Cup, where Australia face France, Denmark and Peru in the group stage in Russia in June, as the perfect stage for Mooy to attract even more admirers.

“The Premier League has been vital in his development but also Russia offers a huge opportunity for him to perform and deliver on a massive stage and perhaps go up another gear.”

After the helter-skelter pace of the Championship, Schwarzer sees the EPL as the perfect playground for Mooy.

“He gets a little bit more time on the ball, although the overall pace of the game is quicker than the Championship,” he added.

“He’s thriving and is in the limelight’s right now.

“Every move, every performance, every pass, is heavily scrutinized.

“He’s enjoying his second chance (in the UK).

“He came at a young age to Scotland and things didn’t quite work out how he wanted because of injuries and such like.

“So he came home, reestablished himself, built confidence and won the opportunity to come back for another crack.

“And he’s making the most of the opportunities he’s been given.”