Geraint Thomas has opened up on his frustration after crashing only metres away from claiming his first stage win in three years at the Tour de Romandie. 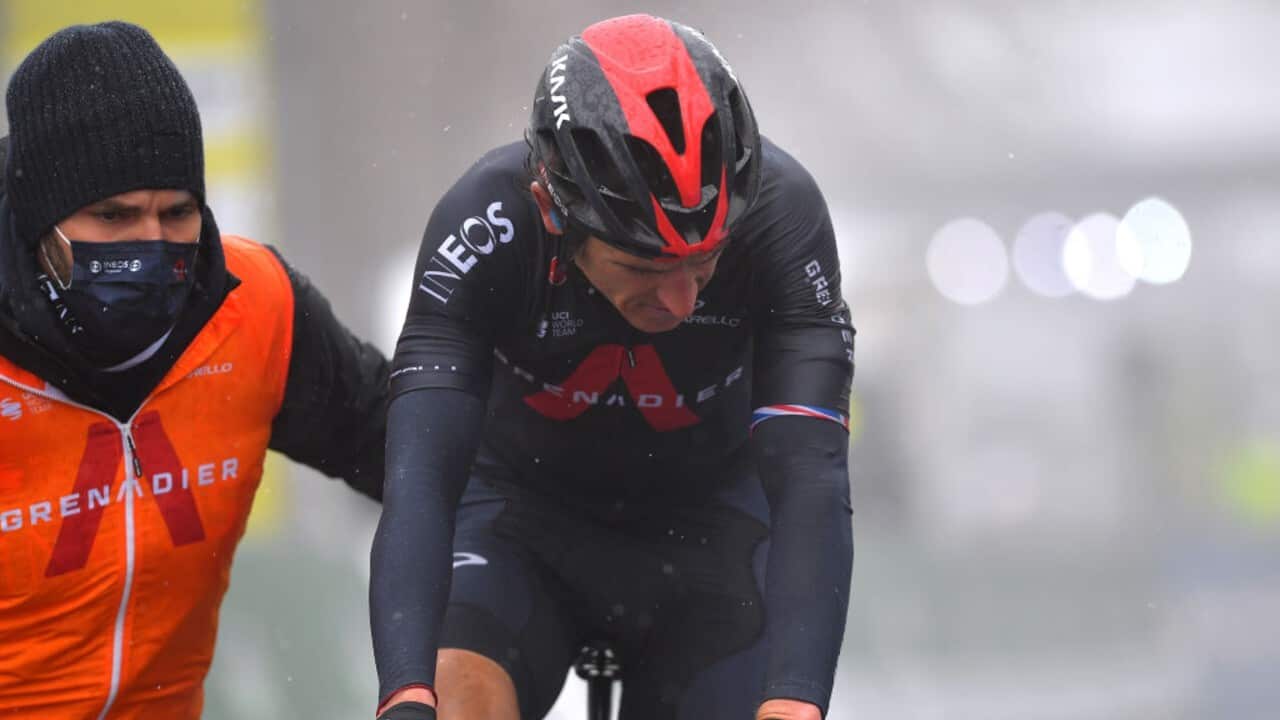 The Ineos Grenadiers rider was in the perfect position to win stage four and move into the overall lead before going to ground during a two-up sprint against Michael Woods with the finish line in sight.

Thomas managed to get up and get across the line but had to settle for third as Aussie Ben O’Connor passed him while he was on the ground.

The 2018 Tour de France winner revealed his hand slipped off the handlebars in the wet and wild conditions of Saturday’s queen stage.

"I had no feeling whatsoever in my hands and I tried to change gear but instead I just lost the bars," Thomas said.

"It’s so frustrating because even if I had just stayed in that gear and came second place … but to deck it there, I feel like a right whopper."

While not suffering any injuries in the fall, Thomas said the incident left him feeling frustrated and emotional.
"I’m fine, it’s more about the frustration of such a hard day and to lose time like that at the end, it’s really frustrating," Thomas said.

"I just want to get into a hot shower now. I just need to have a shower and settle down and not be so emotional… and then think about tomorrow."