Thwaite heading back to A-League

Former Socceroo Michael Thwaite is set to return to the A-League next season with Western Sydney Wanderers. 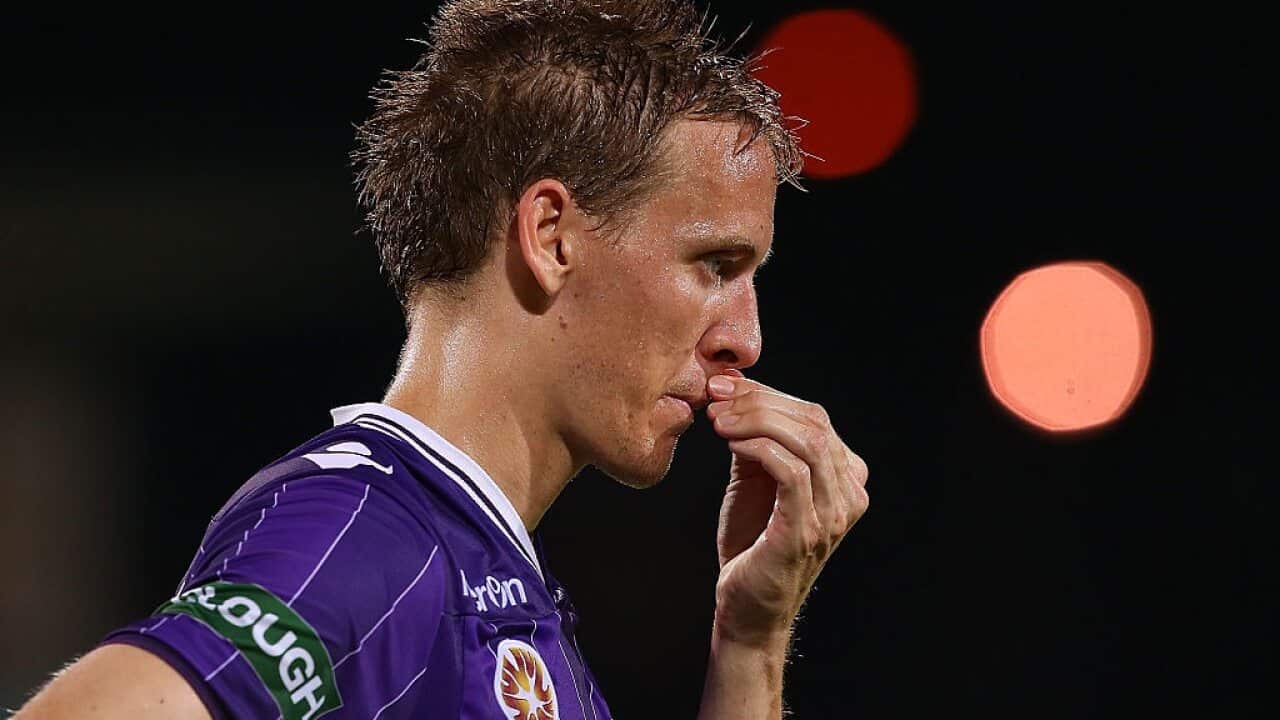 The World Game has learned Thwaite and Wanderers recently conducted negotiations over a contract for the veteran centre-back.

It is expected a one-year deal will be announced in the wake of Wanderers finishing off their commitments for this season.

Their final game will come on match-day six of the Asian Champions League on Wednesday, when they play Chinese side Shanghai SIPG at Campbelltown Sports Stadium.

Advertisement
Wanderers are at the bottom of the table in Group F and too far behind to qualify for the round of 16.

Thwaite last played in the A-League in season 2015-2016, for Perth Glory but was released in January of that season, joining Chinese Super League club Liaoning Whowin.

But both he and fellow Australian Dario Vidosic were released from the remainder of their contracts at Liaoning in February of this year in a mutual decision between the players and the club.

Liaoning's signings of two other Aussies - Robbie Kruse and James Holland - and a tightening of foreign player rules in the CSL made the duo surplus to requirements.

The vastly-experienced Thwaite has played 183 A-League games spread across three clubs - Melbourne Victory (16), Gold Coast United (82) and Perth (85) - and has also had other overseas stints in Romania, Poland and Norway.

He turned 34 on May 2, but his durability is proven and Wanderers are said to have no concerns over his age.

What remains to be seen is where Wanderers view him as a player, since Robbie Cornthwaite and Jonathan Aspropotamitis formed a successful partnership in the central defence over the second half of this season.

He could play just ahead of the defence, with changes to the club's roster expected in the defensive midfield area.

Wanderers have been mulling over retention and recruitment decisions for some time now. Traditionally, the club makes an announcement on which players are not being retained very soon after the last game of the season.

It is yet to be confirmed, but it is an open secret that Wellington Phoenix midfielder Roly Bonevacia is joining the club, along with Perth defender Josh Risdon.

Mitch Nichols is at this stage seeking to find a club in Europe and it is also not clear yet whether fellow midfielders Terry Antonis and Nico Martinez will return to Wanderers next season.

Antonis and Martinez are each on loan to the Wanderers from Greek clubs this season.