Time to choose Kruse as Socceroos look for inspiration

The case for Robbie Kruse to regain his Socceroos starting spot is beginning to look irrefutable. 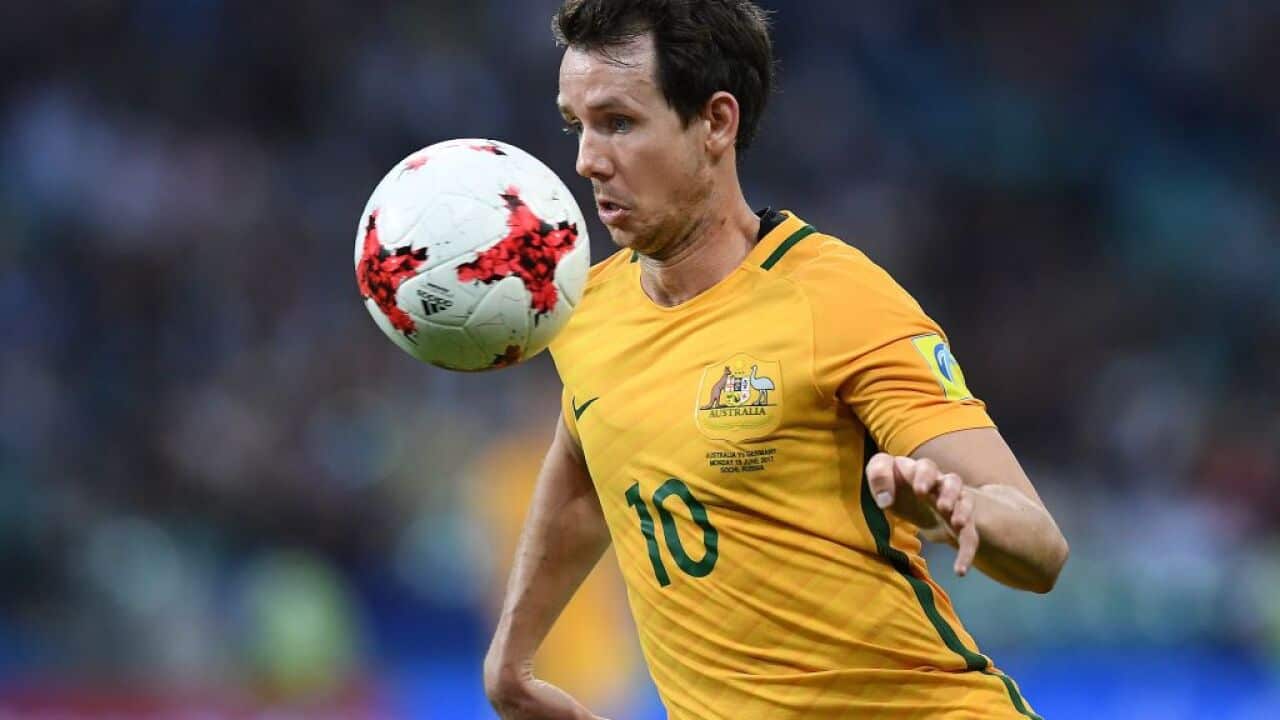 Robbie Kruse in action for the Socceroos Source: AFP

After a telling 45-minute cameo against Saudi Arabia, the fleet-footed attacker was at it again against Germany, opposition he was all too familiar with after his four seasons with Bayer Leverkusen.

Introduced at half-time with Australia 2-1 down and struggling to move beyond the mundane, the 28 year old provided an injection of pace and purpose as they ultimately succumbed 3-2 in Sochi.

Where there had been sideways movement, suddenly there were runs into space and a directness that hitherto had been missing in an engrossing Confederations Cup opener.

The victim of Postecoglou's much maligned 3-2-4-1 formation which aims to harness the talents of the myriad midfielders at Ange Postecoglou's disposal, Kruse has been on the outside peering in.

But with Cameroon looming on Friday morning (AEST) in St Petersburg, as Australia seek to save their Confederations Cup lives, Kruse could be the key.

Certainly, leaving him on the bench is becoming a shrinking and unproductive option for Australia.

"I felt good when I came on," Kruse said. "I was disappointed not to start but that's a part of professional football.

"I am not too sure if I will start (against Cameroon) but I feel I've done well in both games I've come on in.

"I have the legs to play a full game ... even though I haven't played a lot at club level I'm still one of the fittest in the team.

"So it's not a problem for me ... hopefully I have done enough in this game and if not I will try and make another impact off the bench.

"The boss just told me to play my game, make my runs in behind and do what we practice as a group.

"I felt I did all right and second half we played a lot better."

In tandem with Tom Rogic, and Tomi Juric in the final third, Kruse has the speed of foot and thought to have defenders second guessing and out of their comfort zone.

He knows he can continue his momentum against Cameroon for a Socceroos side in need of the continuity to conjure a 90-minute performance.

"It's about building on the way we played after half-time," he added.

"The first half was disappointing ... Germany were very good and have an abundance of Bundesliga stars.

"We don't know why in the second half we were so good as compared to the first half.

"It's vital now now that we perform ... we're in a competition now and if we don't get the three points (against Cameroon) it's all over for us."

Clubless after his ill-fated stint in China with Liaoning Whowin, Kruse said he is close to finding a new home, with a return to Germany on the cards.

"I am pretty close (to securing my future), I just have to wait and see what happens in this tournament first," he said.

"Things should be done pretty soon."