Football purists will love Western Sydney Wanderers captain Nikolai Topor-Stanley's answer to the question: How will your team make sure they get the best out of themselves in the desperate last five rounds of the A-League? 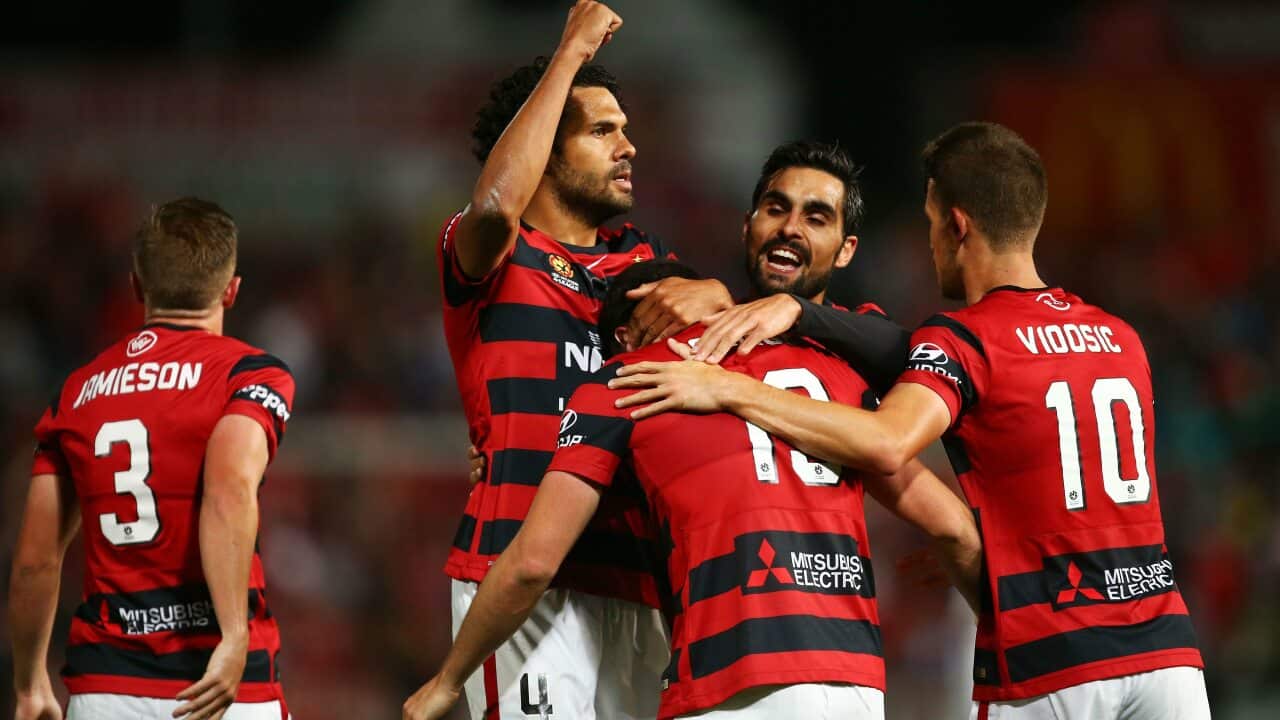 Western Sydney are second on the table, one point behind leaders Adelaide United and ahead of third-placed Brisbane Roar only on goal difference.

It's tight at the top, obviously, and with the Premiers' Plate up for grabs and the first two teams going straight through to the second week of the three-week finals series that decides the championship, the teams that are in the running are playing for sheep stations now.

"As each week goes by, the window of opportunity is narrower, the pressure increases, and make no mistake, we want to finish this league on top (after 27 rounds) because it's a major feat," Topor-Stanley told The World Game.

Advertisement
"Even though championships aren't given out, it's still a major feat to finish on top of the league at the end of the (regular) season and if you ask any footballer in this league, it's the aim.

"Obviously, we have finals football that determines the overall champions, but, you know, it's kind of a whole different kettle of fish. So we definitely want to aim for that top spot, we're gunning for that top spot, there's no two ways about it."

Topor-Stanley wasn't out to stir up the old argument about whether the champions should be the team that are on top at the end of the regular season or the team that win the grand final. He was merely answering a question.

There is not much point in starting the argument again anyway. It's the Australian way in the various codes - football, rugby league, AFL and rugby union - that the finals series decides the champions and that is not going to change.

League, AFL and union don't want it to change and if football did ever get serious about making a change it would have to be in a much stronger position as a code first.

Right now it needs finals football to prolong public and media interest in as many clubs as possible, for as long as possible.

Topor-Stanley was talking with passion about the right of players to feel great about their team being on top at the end of 27 rounds.

The Wanderers are aiming for their third grand final in four seasons, and Topor-Stanley, of course, will be doing everything he can to ensure his side claims their maiden A-League championship.

With those other teams in the championship race playing each other, it's a chance for the Wanderers to pick up a potentially huge three points if they can beat Newcastle.

"Yeah, I mean, this is a big opportunity for us to get points on the board," Topor-Stanley said.

"And the week after we've got a big game against Adelaide which could be very telling.

"We play every game to win and it will be no different this week and we're up against a dangerous side in Newcastle.

"They lost their last game, but they had a good string of results before that so we're definitely going to have to be ready, especially after our own disappointing loss to Brisbane.

"Newcastle are still in the finals race and there will be no underestimating them from our side. We know that on any day in this league any team can beat any other team, especially if your team don't really turn up to play. Then, you're giving yourself no chance.

"We need to regroup and get back to the nitty-gritty and take it one game at a time from here. We've got five games left. It's coming down to the crunch and it's all about the points now."