The prospect of a Premier League return for Cristiano Ronaldo or Gareth Bale appears to have receded after Real Madrid were hit with a transfer ban by FIFA. 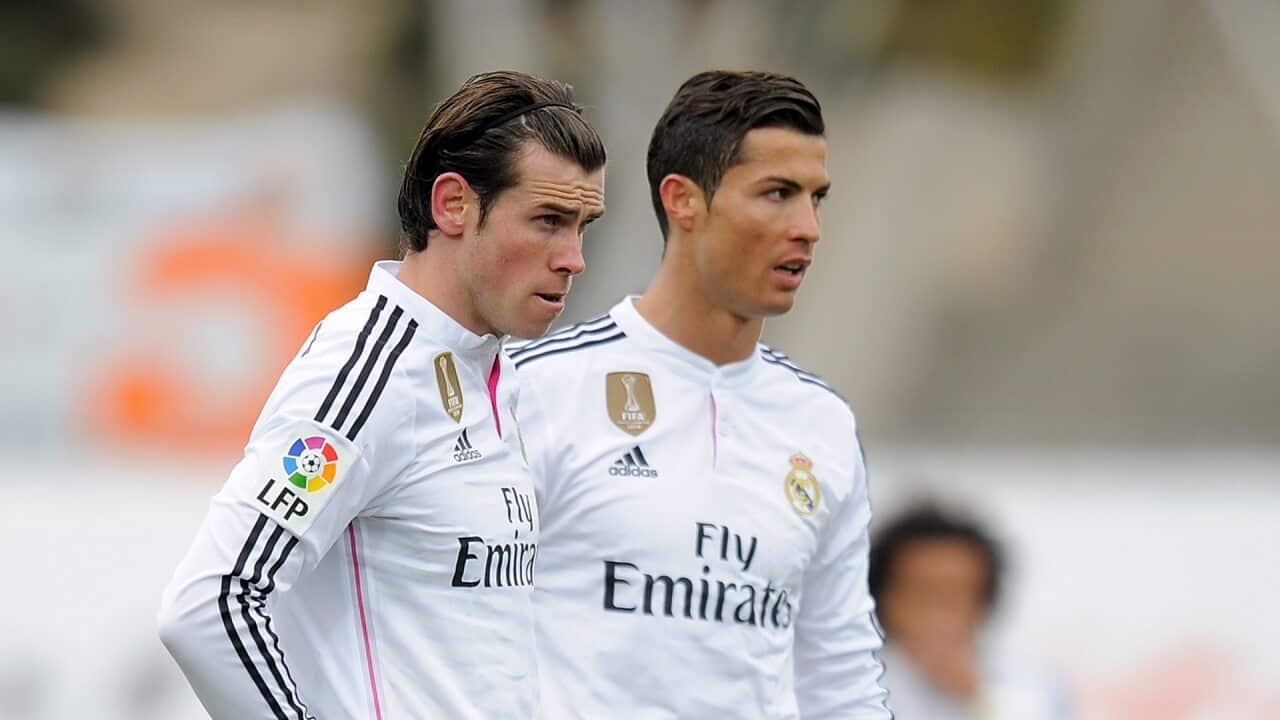 The Spanish giants, along with city rivals Atletico, have been banned from registering new signings for the next two transfer windows after being found to have breached rules on the international transfer and registration of players aged under 18.

Advertisement
The sanction does not affect the current registration period and does not prevent players leaving either club, but means that, after this month's transfer window closes, neither Real nor Atletico will be able to register any new players until the summer of 2017. That may mean both clubs, who have appealed the decision, will be reluctant to let any key players leave in the current transfer window.

The ban could also have an impact on the futures of Manchester United goalkeeper David De Gea, a long-term Real target who was close to a move to the Bernabeu last summer and Chelsea's Eden Hazard, a reported target for the 10-time European champions.

Atletico boss Diego Simeone, meanwhile, could now be tempted to seek a new challenge, with Chelsea reportedly keen to bring him to Stamford Bridge at the end of the season.

As well as the registration ban, Atletico have also been hit with a $1.2 million, while Real have been fined $520,000.

It was no surprise both clubs have appealed, with Real director general Jose Angel Sanchez using the case of head coach Zinedine Zidane's sons to argue the club have been wrongly sanctioned.

Quoted in Marca, Sanchez said the punishment was "totally unexpected" and "absolutely unjustified", and revealed Zidane's sons were involved.

All four of the former France international's children are on Real's books.

Sanchez said: "The arguments given are so flawed that they've resulted in the club being sanctioned over the coach's sons.

"The case of the Zidane family or that of (former Real player Ezequiel) Garay's brother are well known and are an example of how absurd this is. I can assure you that the other cases are the same."

Sanchez continued: "It's completely untrue that we fielded players aged under 18 without registering them with the RFEF (Spanish Football Association) and that we failed to comply with the regulatory requirements.

"This club has a set of ethical values and the people in charge in this area have never violated them. The arguments made are erroneous."

Thursday's announcement comes after FIFA punished Barcelona with a year-long ban in April 2014 for the transfer of players under the age of 18.

Barca appealed to both FIFA and the Court of Arbitration for Sport against the ruling, but ultimately lost both bids. However, with the ban being suspended while the appeals were ongoing, Barca were able to sign six players, including Luis Suarez, in the summer of 2014.

The Catalan club eventually served their punishment during the two transfer windows in 2015, but they were still able to sign Arda Turan and Aleix Vidal from Atletico Madrid and Sevilla respectively for a combined fee of $58 million last summer.

Barca were not able to register Turan and Vidal as players until this month, though.

A FIFA spokesperson confirmed to Press Association Sport Real and Atletico would also be able to sign new players during their bans, but would not be able to register them.