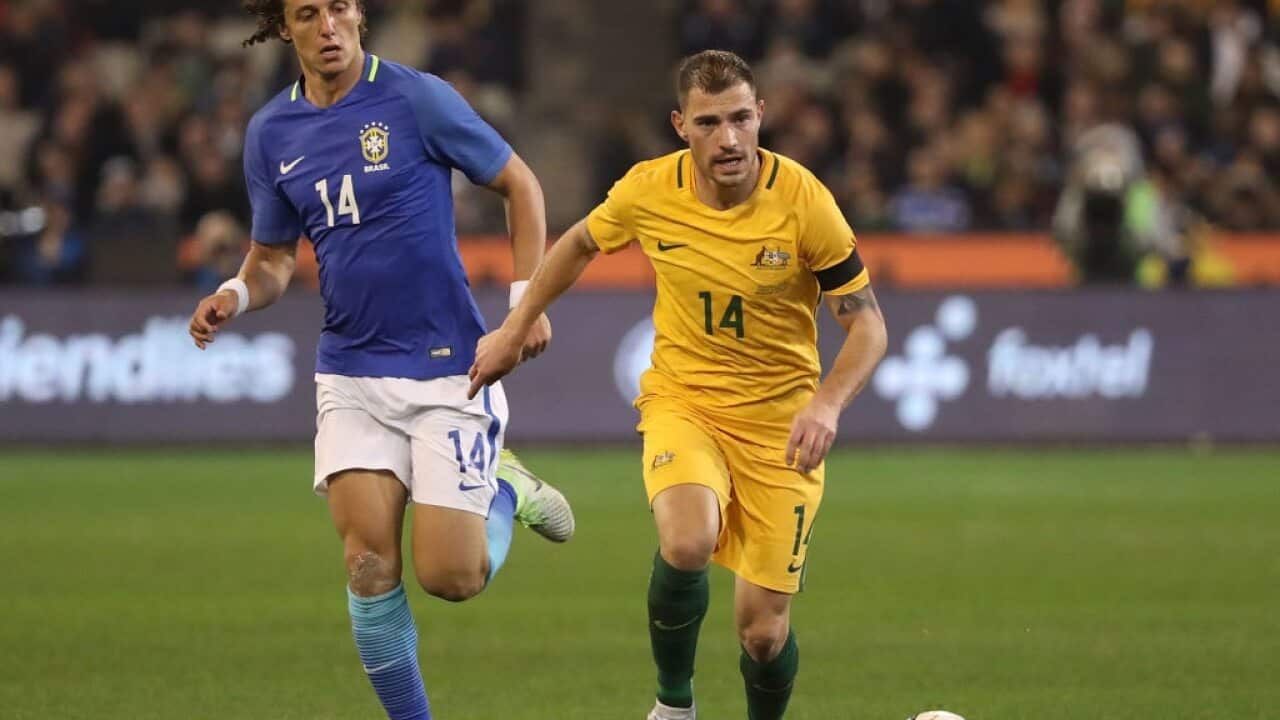 The free agent, who made his return to Australia's starting team in Monday's 4-0 loss to Brazil, exited Melbourne Victory at the end of last season after a standout year.

Coach Kevin Muscat wanted to re-sign the 27 year old, though Troisi claims an offer to re-commit as a marquee was never forthcoming.

Premier League newboys Brighton stepped in, with coach Chris Hughton seeking to renew a relationship with Troisi fostered when the pair were together at Newcastle United, Hughton as coach and a Troisi as a youth team player.

Advertisement
However sources in the UK claim that Hughton pulled out after Troisi sought more than double the $12,000-a-week offer made to his management.

It's understood that while Troisi would have been in contention to push for first team selection, the club were also weighing the option of loaning him out with a view to an on-sale.

The cessation of talks leaves Troisi - for the time being at least - as club-less heading into Australia's opening fixture at the Confederations Cup in Russia against Germany in Sochi on Tuesday morning (AEST).

And it provides extra motivation - if any were needed - for the much-traveled Troisi to get the game time here against the Germans, Cameroon and Chile which will attract the attention of other potential suitors.

Ryan, meanwhile, has been rubber-stamped by Hughton as his first choice gloveman for their Premier League entry, with long-time number one David Stockdale to exit the club.