Newcastle Jets forward Andrew Nabbout is on the brink of a life-changing move to UAE club Al-Dhafra after his breakout A-League campaign last year. 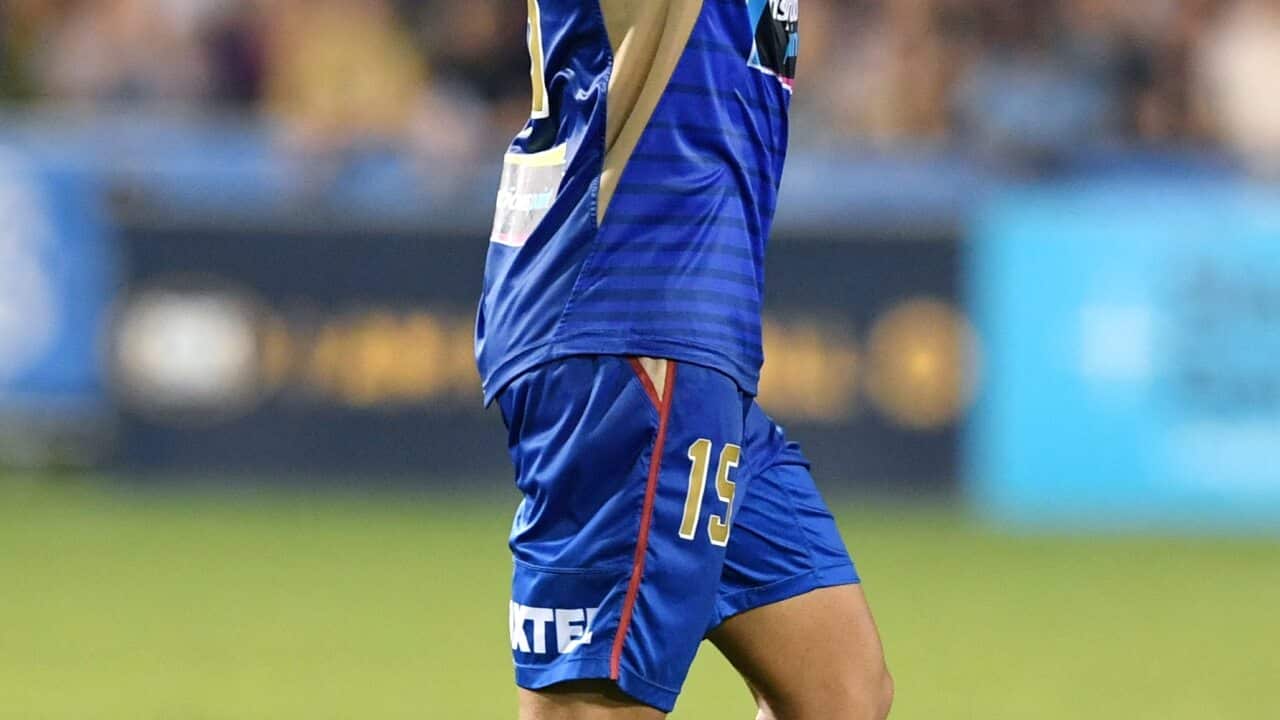 Andrew Nabbout could be on his way to the UAE Source: AAP

An initial offer has already been turned down but it's unlikely to deter the Arabian Gulf League club from coming back with an improved bid, with the Jets likely to consider a deal north of A$650,000.

After scoring eight goals in 24 games last season, Nabbout transformed himself from a fringe squad member to the first name on the team sheet and won the PFA player of the month award in January – all whilst being touted as a potential Johnny Warren Medallist and future Socceroo.

The 24-year old would take some replacing, however, with Aleksandr Kokko’s departure to Hong Kong meaning Roy O’Donovan is the club’s only genuine striker, with brothers Dimitri and Kosta Petratos possible alternatives.

But all three are new faces at the club and new coach Ernie Merrick would surely have to find another option before the new season.

A comparative late bloomer, Nabbout worked his way through the Victorian Premier League before joining Melbourne Victory and making his debut just shy of his 20th birthday – going on to famously score two late goals in a stunning win over Sydney FC in November 2012.

However, the Victory’s surplus of attacking options limited Nabbout’s game time and he was released in May 2015.

Despite scoring nine goals in 14 games, he was released again after a major mid-season clear-out.

But when Nabbout’s agent Tony Rallis convinced Newcastle to take a punt on Nabbout last season, the Jets ended up with the biggest bargain of the season.

The choice for the Hunter club is now whether they move to cash in on the young striker – earning themselves a bumper pay day in the process – or keep him in the hope of another prolific season.

Al-Dhafra finished in a respectable seventh last season but ended up with the least goals scored of any of the teams in the top half of the table.

The club never truly replaced the sensational free-scoring of Senegalese striker Makhete Diop, whose five-year spell ended in 2016 with 77 goals in 109 games.