Lonneke Uneken (SD-Worx) took the first UCI win of her career as the 21-year-old soloed clear of the breakaway group at the third and final stage of the Healthy Ageing Tour with 20 kilometres remaining. 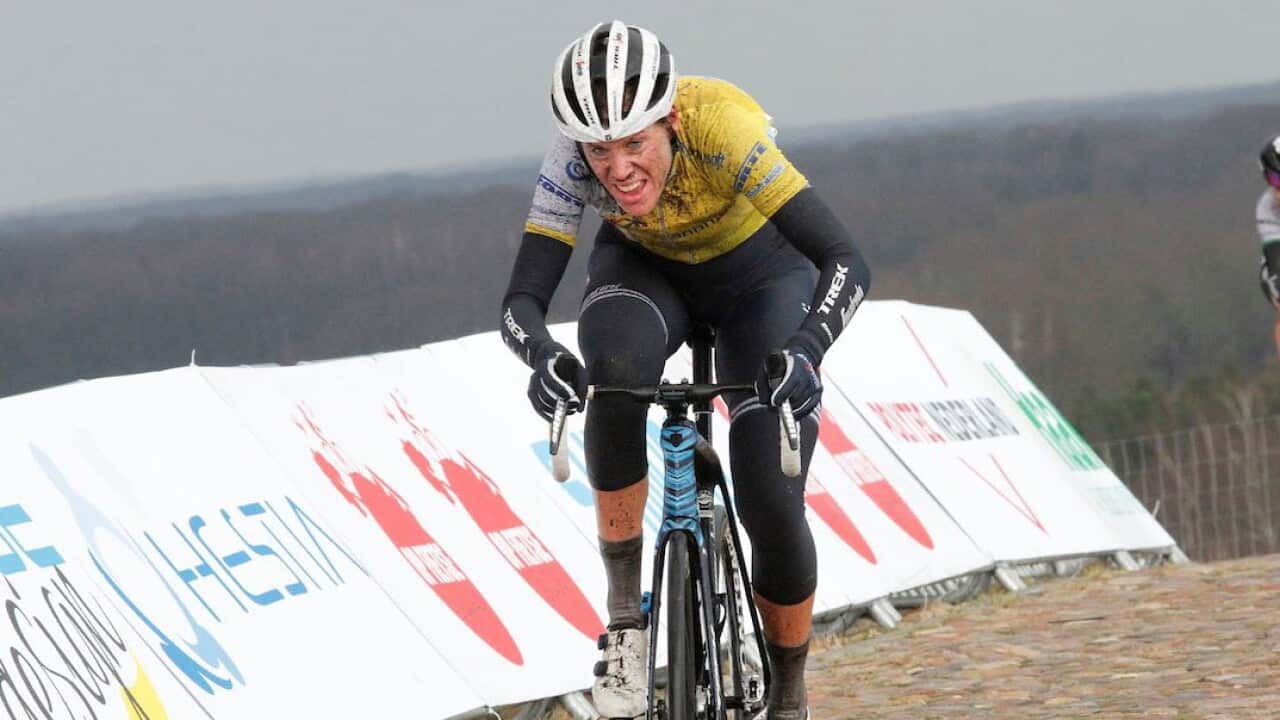 Uneken only had limited racing in 2020, but showed that she's a rider not just of the future but also the present as she jumped away from a breakaway group containing some experienced riders to take a solo win, also going desperately close to winning the race overall as Ellen van Dijk (Trek-Segafredo) had to dig deep to defend her overnight lead.

"I didn’t expect this, this morning," said Uneken. “It was really hard, and I attacked really soon. At a moment some teammates came back to my group. I attacked again, was gone and teammates blocked my move. I only had to keep riding. The victory kept me motivated."

Uneken spent more than 70km off the front during the final stage, part of that was with an early move that included Jolien D'hoore (SD Worx), Anna Henderson (Jumbo-Visma), Emma Norsgaard (Movistar) and Lauretta Hanson (Trek-Segafredo). She was again, part of the next breakaway when the lead group reshuffled to include her teammate Karol Ann Canuel.

Advertisement
The young rider attacked her companions with 20 kilometres remaining in the stage and quickly took a big lead on them and the chasing peloton, led by Australian Lauretta Hanson for her Trek-Segafredo team leader van Dijk.

The pace of Hanson dragged the peloton back into contention, and by the final 6.4 kilometre lap round the circuit that featured the formidable VAM climb, Lisa Brennauer, Norsgaard, Amy Pieters (SD-Worx), Lisa Klein, Alice Barnes (both Canyon-SRAM) and race leader van Dijk jumped away to form as the chase group behind Uneken, as the peloton caught the rest of the early break.

Uneken started the stage with 1.59 deficit and held a 2.08 lead over the penultimate climb to the next group, with van Dijk still struggling to regain the attack of Brennauer over the top. With ten seconds bonus for the win, Uneken would have to finish 1.50 ahead of van Dijk to take over the race lead.

Uneken fought her way up the final climb to win the stage, clearly spent after her exertions, while behind Norsgaard and Brennauer attacked. Brennauer started the day significantly closer to van Dijk's overall time, 25 seconds in arrears of her Dutch rival.

The German rider finished behind Norsgaard to take third and a four-second bonus, but van Dijk soon loomed into view at the finish line, finishing just within the requisite time to beat out Brennauer and Uneken for the overall, claiming fourth on the day after a brutally tough day defending her leader's jersey.

Van Dijk's final margin in the overall standings was just six seconds over Brennauer, with Norsgaard third overall and Uneken vaulting her way up to fourth, just 20 seconds shy of what seemed an unassailable lead for her prior to the day's start.

“I’m super happy that we could finish it off because the team was a really strong force, it was like one unit," said van Dijk. "It was so cool to see them all working and to be able to ride behind them almost all race. I knew I had to do my own thing in the finale, and I also really wanted to do this for them. Everyone rode so strong and in the final Lauretta was super, super good to help me as well."

“The plan going into the stage was to stay with my main competitors; Amy Pieters and Lisa Brennauer, and also to be patient because it’s a really hard lap which sucks a lot of energy out of you, so don’t panic too early."

The panic did set in when it became clear that Uneken was building a potential race-wiining lead, with van Dijk relying heavily on her Australian domestique Lauretta Hanson to help bring her closer to the dangerous attack.

“When Lonneke Uneken attacked I thought it was good, because I was in a group with 4 from SD Worx, so I thought, ‘she’s two minutes behind me on GC, so that’s fine, she can go,’” said van Dijk. “We heard on the radio all the time it was one minute, which was fine. But suddenly it was three minutes so then the panic was there, and we had to do all we could. Lauretta did some crazy good work and then I had to take over.”

“In the meantime, it became so cold and rainy, and I almost couldn’t see anything anymore, my hands were frozen, so the shifting was a real problem. On the second to last lap, I had a big problem to shift to easier gears on the cobbles. So I was in way too big of a gear and I could not follow the group with my main competitors, but then I could chase back afterward again. I knew that I was not feeling super bad, but just struggling so much from the cold."

On the final lap, it was clear that van Dijk had a tough fight on her hands with still time to regain on Uneken but dangerous rivals in her wheels for the stage and the overall.

“In the last lap I had to chase full-gas, or we would lose it to Uneken," said van Dijk. "I knew that the last climb was going to be a big challenge. On the final climb, I was really parked, and I just had to get up there. I couldn’t go with Brennauer and Norsgaard and I knew they were dangerous, so I just had to give it all to the finish line. At one point I didn’t even know if I would make it over the cobbles anymore. It was just a struggle but that makes the victory even sweeter.

“I wasn’t very fast anymore, but in the end just fast enough.”

With a tough three days of racing now behind the peloton at the Healthy Ageing Tour, it's important to acknowledge the successful crowdfunding of the coverage of the event played a big role in women's cycling fans from around the world being able to view the action.