United's struggles, City's success and other takeaways from Round 5

The Red Devils are disappointing, Pep's City are in fine form, while one Liverpool side is flying under the radar. 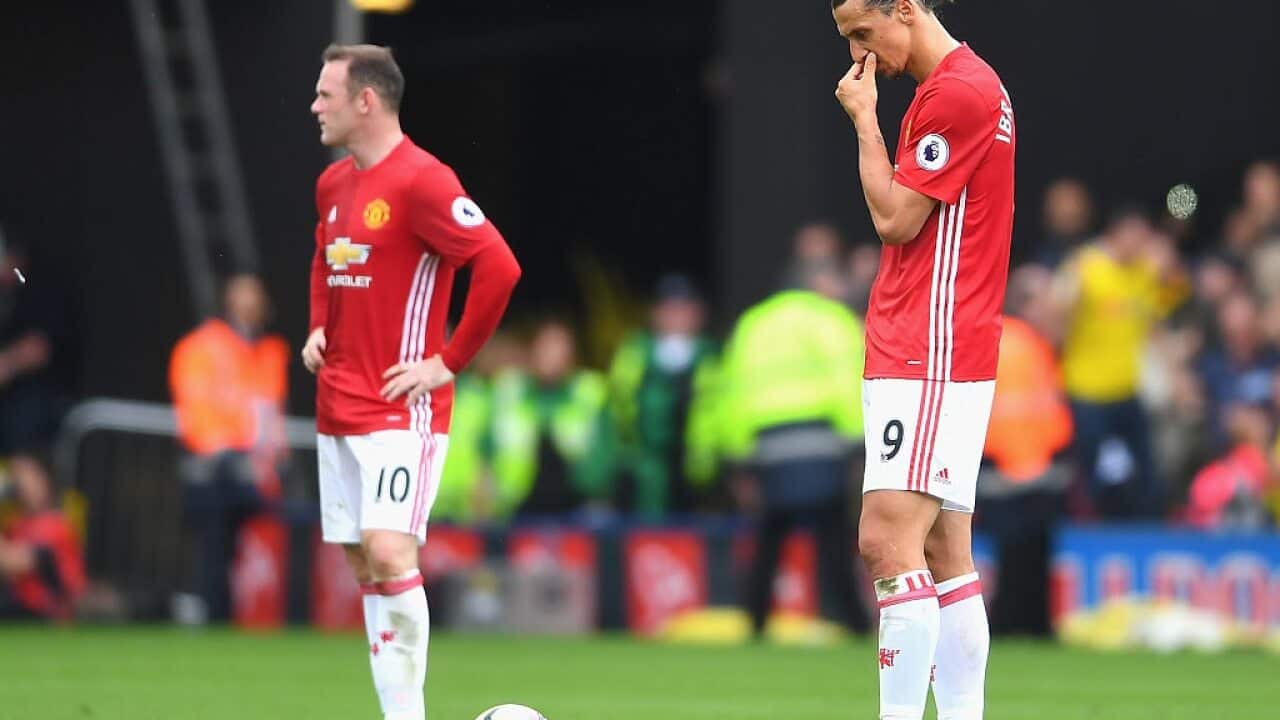 Following a busy off-season that saw the signing of Zlatan Ibrahimovic and Paul Pogba, as well as the arrival of Jose Mourinho, few would have predicted a situation where Manchester United sit fifth on the Premier League table after a third loss in a row, against an un-fancied Watford side.

Despite leading a squad with a number of new additions, it remains unlikely that Mourinho would have foreseen a situation like this - a hugely expensive side not living up to their price-tag, with even their wins so far unconvincing.

Advertisement
Having lost four in a row in December 2015 under Louis van Gaal's reign, to Wolfsburg in the Champions League, then Bournemouth, Norwich and Stoke City, another losing streak is something United fans will struggle to accept.

A situation not dissimilar to the one that saw him moved-on from Chelsea, the Red Devils will need to improve fast or the Glazers may decide the Portuguese isn't the right manager to return them to their former glory.

Their next match is against champions Leicester City on Saturday evening, with a win providing them the chance to reboot their season against a team who they've already beaten this season in the FA Community Shield.

Stoke rooted to the bottom of the league

Having spent close to $110 million in transfers over the past two seasons, not many would have expected Stoke City to be struggling to the extent they currently are.

After two consecutive ninth place finishes, the Potters were expected to at least maintain their solid form this season, but with a leaky defence conceding 13 goals in their last four matches they sit at the bottom of the ladder.

Glen Johnson, not known for his defensive contribution, is the only defender bought outright over the last two seasons to get significant game time, while loanee Bruno Martins Indi has so far failed to impress at the back for Mark Hughes' side.

Their struggles stopping teams from scoring have been matched by their own inability to find the back of the net with only three goals scored so far in the Premier League.

Too early for title talk at City?

While Manchester City were expected to compete for the league title, their hot start to the season has come as somewhat of a surprise as they sit undefeated at the top of the table after their 4-0 defeat of Bournemouth on Sunday.

While Pep Guardiola insists it’s too early to focus on results, being more concerned with style of football, the manner in which they have so easily disposed of teams has them as early favourites to be crowned champions for the first time since 2014.

Yaya Toure's future with the club is the only worry at the moment, with the midfielder so far only appearing in the second stage of City's Champions League play-off against Steaua Bucharest, whilst his agent has voiced displeasure at how the Ivory Coast captain has been treated under Guardiola.

Everton flying under the radar

Ronald Koeman had Southampton pushing above their weight during his stint at Southampton, where they had their highest ever Premier League finish as they placed sixth and qualified for the group stage of the UEFA Europa League.

After an eleventh place finish last season, Roberto Martinez was sacked with Koeman announced as his successor and so far the Toffees sit second in the league after their 3-1 win over Middlesbrough, guiding Everton to their best ever start to a Premier League season With 13 points from their first five fixtures.

Romelu Lukaku has been in fine form, netting four goals in four appearances, while 35 year-old Gareth Barry shows few signs of slowing down after making his 600th appearance in the top flight.

The only concern for Everton fans is that they are yet to face Arsenal, Chelsea, Leicester and either of the Manchester sides, although they did manage a draw against Tottenham.