Australia attacker James Troisi is playing hardball in a bitter dispute with his bosses at Liaoning Whowin, who are hell bent on showing him the door just six months into his season-long contract with the Chinese Super League club. 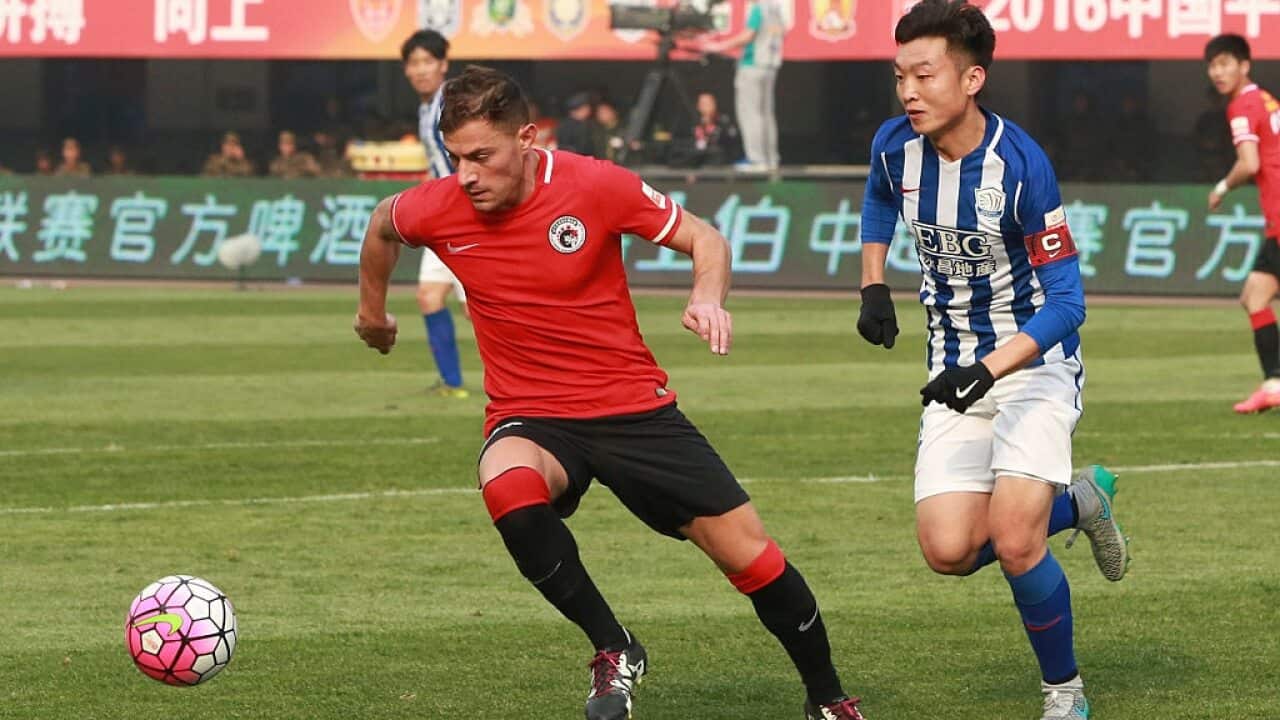 Having signed Dario Vidosic from Western Sydney Wanderers earlier this month, Liaoning has told Troisi, who has made just three appearances since joining the team, that he is not wanted and they're seeking to part ways with him for a minimum payout on the remainder of his contract.

Advertisement
But Troisi, whose deal doesn't run out until December, is digging his heels in and refusing to allow himself to be bullied into a cut-price exit by Liaoning chairman Wang Yi in what has turned in a war of wills.

A source in China close to the 27 year-old, who has recently overcome an ankle injury, revealed the strength of Troisi's resolve, telling The World Game: "James has signed a contract and the club has to respect it."

"They need to be made to realise that you can’t sign somebody then suddenly decide you want him gone (for a minimal pay out). If you give him his full entitlement then he moves on.

"Until then, he is going to be strong on this and not simply be pushed out of the club for a paltry pay-off. There is no way he will backing down on this.

"People think they can do whatever they want ... well, that is going it be put to the test.

"I don't think he will move unless they pay him out. Right now, he isn't going anywhere.

"If his club wants to find a solution they will find it ... but it’s going it be an expensive one."

Ironically, Troisi found himself embroiled in an intractable pay dispute with his former club, Saudi side Al Ittihad, whom he left late last year after they failed to make good on their pay obligations.

"He's been injured for much of his time there, so how can they evaluate his performance after so few games," the source said.

"If you want to judge him after just a few months, especially when he gets hurt in a game - that seems very odd.

"You could (only) argue the point of how good his performances have been if he had played a lot more games."

Such is Troisi's determination to stand his ground - he has not even begun looking for another club and believes he has not been given a fair shake by the club's hierarchy, though he appears to still be a part of coach Ma Lin’s first team plans.

Troisi has played one game since returning from injury and was in line to play at the weekend (in the 3-2 win over Chongqing Lifan) but after performing his pre-game preparations, he was mysteriously missing from the team and didn't even make the bench.

"He had an ankle ligament injury, which he returned to Australia to get treated on, and he worked really hard to get fit and returned to China ready to play and was meant to go straight back into the first team," the source said.

"Now, of course, the club has brought in Dario Vidosic and that's up to them."

Liaoning is also home to a third Australian, former Socceroos and Perth Glory defender Michael Thwaite, who has played in nine of the mid-table team's 10 games so far this season.