Central Coast Mariners have added to their defensive ranks with the signing of central defender Tomislav Uskok on a deal until the end of the season. 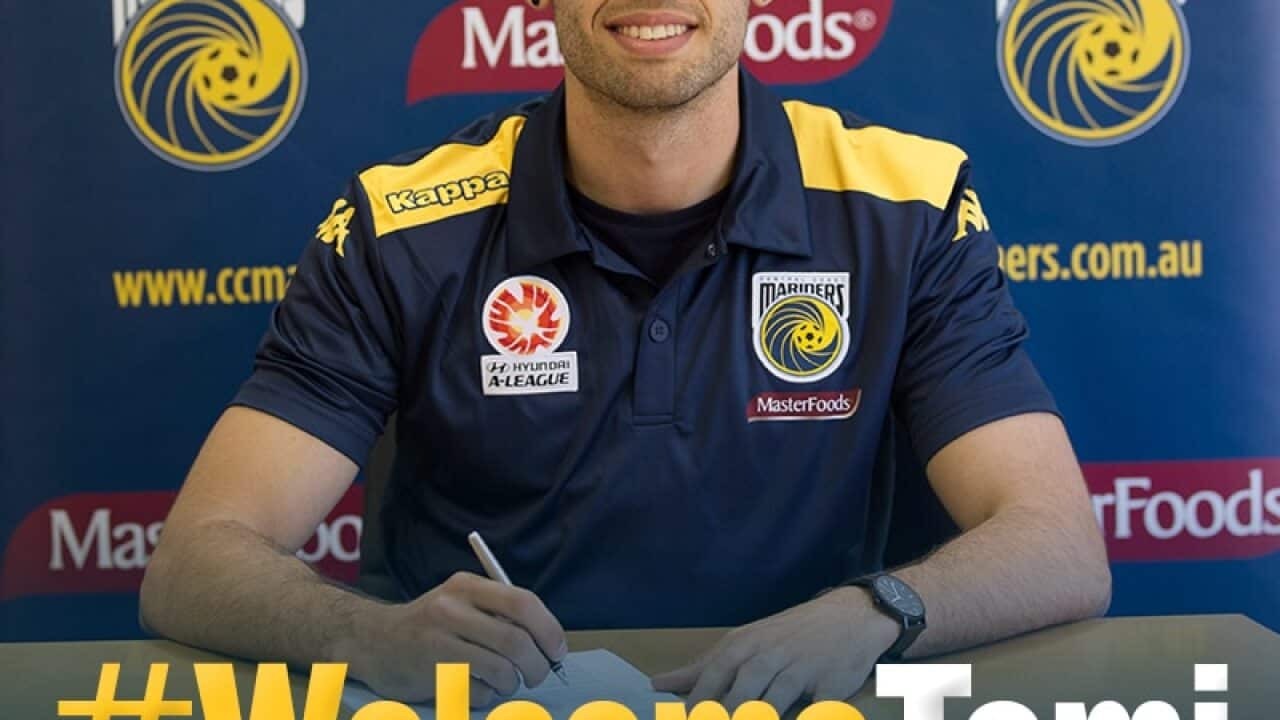 Uskok, 24, captained Melbourne Knights during the 2015 Victorian NPL season and did enough on trial with the Mariners to impress head coach Tony Walmsley.

"I'm excited, just looking forward to the challenge and getting started with the club," Uskok said.

"I was at Melbourne Knights, I've been there for a few years now and grew up with that club and I captained them this year.

Advertisement
"I want to push myself towards a starting berth and go from there, I think I'm capable, that's what I’m here to do, I'm not here to make up numbers.

"I want to establish myself in the team and give back to the club for giving me an opportunity and as a team you want to progress into winning silverware and I want to be a part of that."

Uskok, who trained with his new team-mates on Monday at the Central Coast Mariners Centre of Excellence, said he was looking forward to getting the chance to play in the A-League.

"I'm very thankful, not many people look at NPL players but Tony's shown that he's willing to give people a go from the NPL with guys like Dan [Heffernan]," he said.

"For a semi-professional environment the standard of play is very good, there's definitely players in every team that are A-League level.

"The boys here are really good, I didn't know what to expect but everyone gets along really well from what I've seen.

Walmsley meanwhile thinks Uskok could be pushing for a first-team place sooner rather than later.

"Tomi trialled during pre-season after I'd watched him captain Melbourne Knights," Walmsley said.

"He impressed us then but we couldn't bring him into the squad due to numbers.

"When he came in pre-season he impressed us with his character and attributes, he's six foot five and quite elegant in possession with a good range of passing.

"He will push for a place at centre-back as well as a holding midfielder and joins us at a good time for both the club and Tomi.

"As a central defender you'd like to think that in two weeks he could be available for selection but right now looking at the games ahead, we play Sunday into Thursday that might be too soon but you never know."