Valencia up to second after hitting Betis for six

Valencia continued their excellent start to the LaLiga season by beating Real Betis 6-3 away from home to rise to second in the standings. 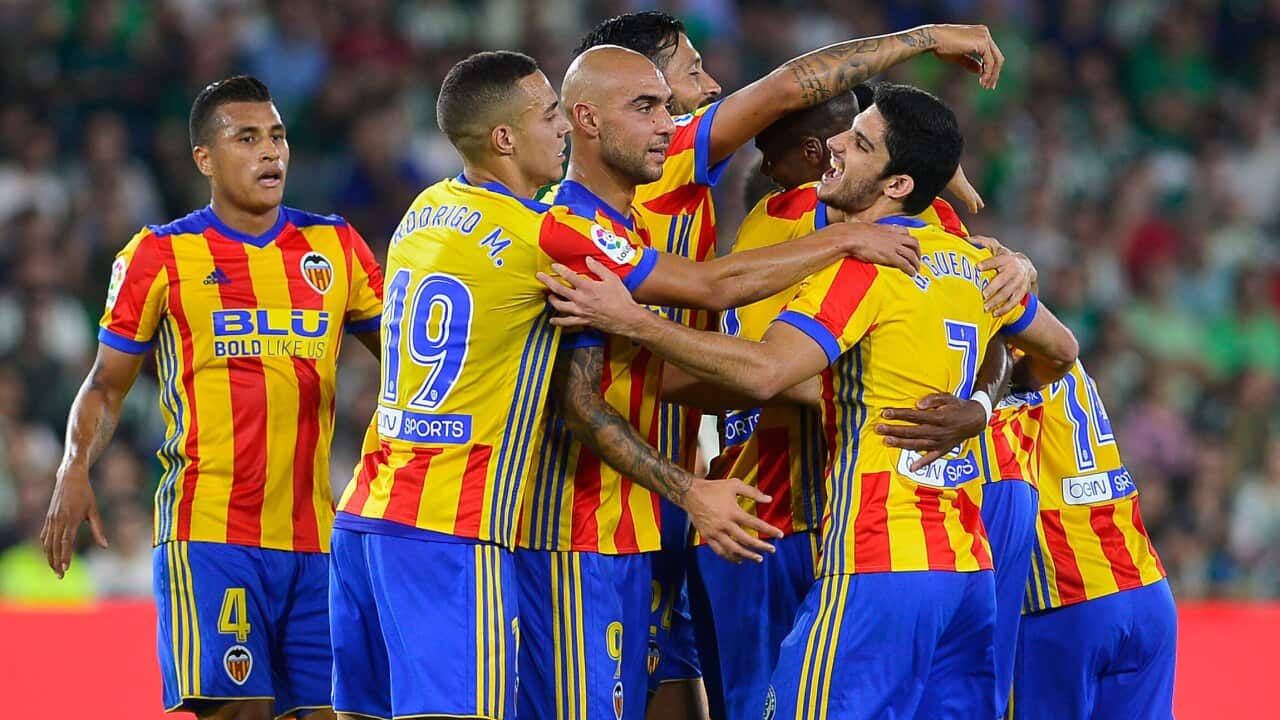 Geoffrey Kondogbia headed Marcelino's side into a deserved lead 10 minutes before half-time after the visitors had missed a glut of chances.

Portugal midfielder Goncalo Guedes stretched their lead on the stroke of half-time with a long-range strike, just after Betis had wasted two clear chances to level.

The Andalusian side were awarded a penalty early in the second half but Sergio Leon struck straight down the middle and saw his shot saved by Valencia goalkeeper Neto.

Advertisement
Spain international Rodrigo Moreno headed in the third goal in the 64th minute from a corner while Santi Mina scored 10 minutes later.

Valencia risked throwing away the win when they let in three goals in the space of five minutes but they seized all the points with an 88th-minute strike from top scorer Simone Zaza, who notched up his seventh goal of the campaign.

Manchester United loanee Andreas Perreira thumped in the ninth goal in injury-time, closing out the highest scoring game of the season in Spain's top flight.

Valencia are second in LaLiga on 18 points, four behind leaders Barcelona, who were held to a 1-1 draw at Atletico Madrid the previous day, and one above champions Real Madrid, who beat Getafe 2-1.

"Overall we played really well, we were up against a great team that were unbeaten at home and we played extraordinarily well in the first half," said Valencia coach Marcelino.

"We thought the game was over at 4-0 but we need to erase what happened between the 79th and 84th minute. If we can learn anything from this it's that nothing is certain until the game is over."