Spanish star Alejandro Valverde has shown he still has what it takes by winning the GP Miguel Indurain to notch his first win in more than 18 months. 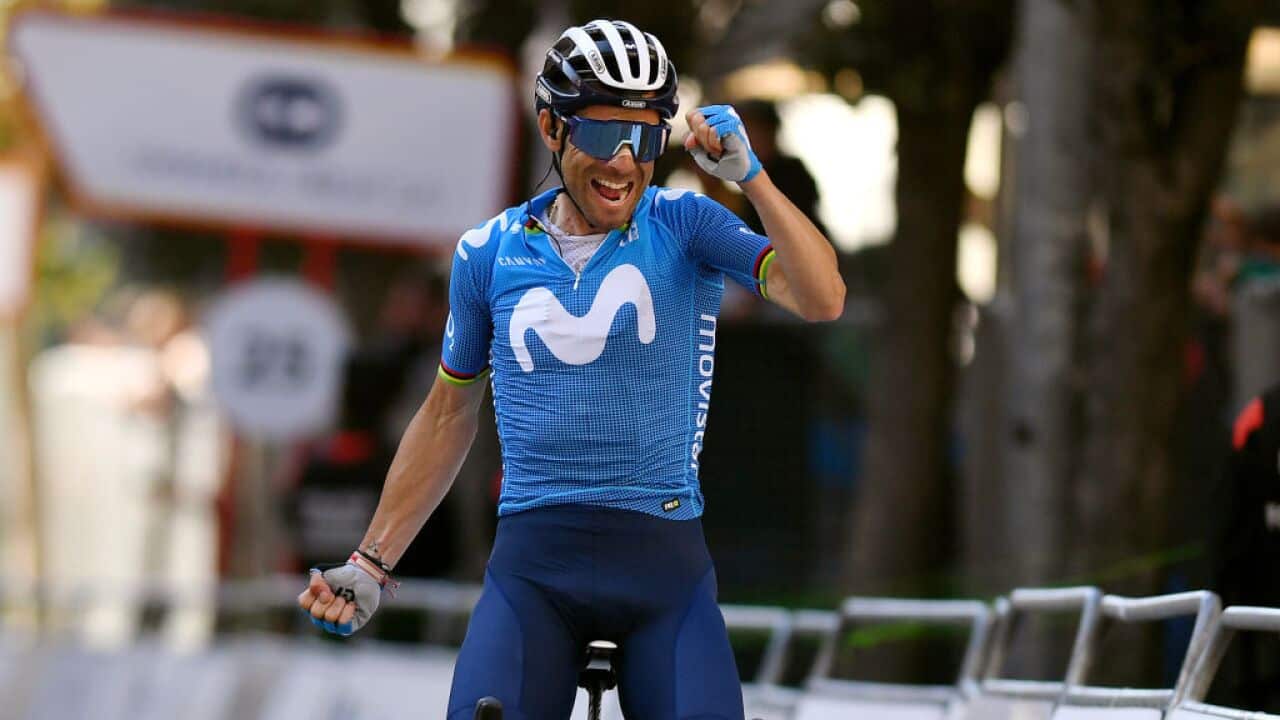 The victory was team Movistar's first for the season as Valverde, only 20 days shy of his 41st birthday, beat Kazakh rider Alexey Lutsenko (Astana) and compatriot Luis León Sánchez (Astana) in the 203-kilometre race in the Basque town of Estella-Lizarra.

"I am very happy for this win today," Valverde said after the race.

"We knew it was going to be a tough day. Astana was the strongest block and they had a great race, controlling from the start," he added.

Advertisement
The Movistar rider, who has previously won the race in 2014 and 2018, took out his third GP Miguel Indurain title as the race was held for the first time since 2019 due to the outbreak of COVID-19.

Eleven kilometres from the finish line, Valverde caught up with Sánchez who had been left alone in the lead, and they were joined by Lutsenko.

The Movistar leader attacked on the last climb to the top of Eraúl to end up taking the victory.

"In that final situation, with 'Luisle' and Lutsenko, I did have some fear; in the end, we are talking about two super-strong riders and it was not easy to handle," said Valverde, who will be starting at the Tour of the Basque Country next week.

"It is a triumph that gives joy and confidence also for the Basque Country; I hope the time will accompany us there, I think we are doing well with our legs and we have a great team."